Hiking is becoming a habit to start my weekend. For this hiking adventure with my Black Philadelphia meetup group, it was the White Trail within the Wissahickon Valley Park.Now, this park is within the largest urban park system, Fairmount Park. So basically, I am in a park within a park 🙃. As a result, the trails are secluded within the city making the park both amazingly accessible and surprisingly serene.The White Trail is about 4.5 miles but we only did 3. Our meeting point was the Valley Green Inn. 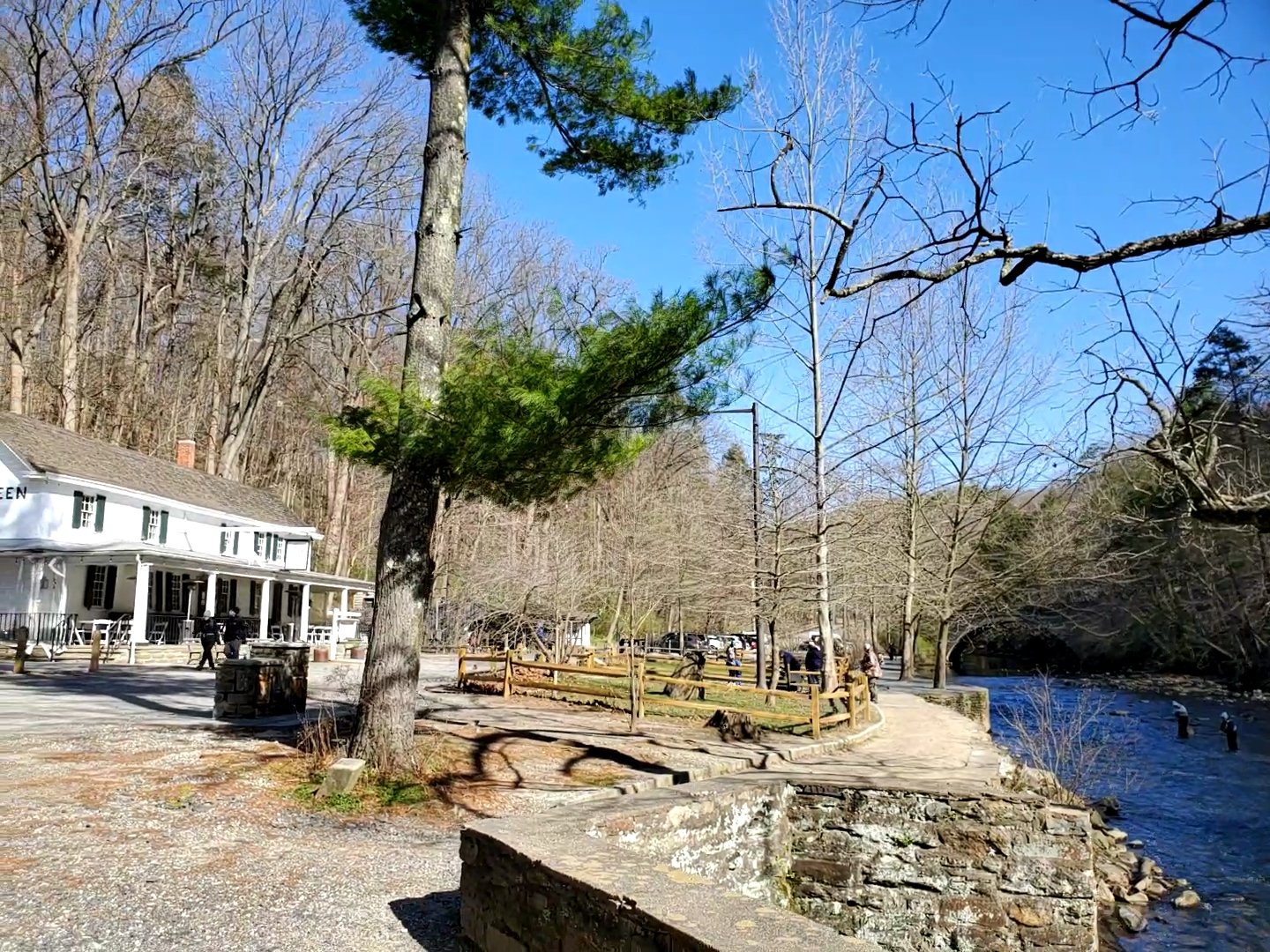 The day was beautiful but cold. The first days of April have been colder than winter. Anywho, there were a lot of people out; either fishing, running, hiking, or biking. As we started, it was a steep incline and then it was up the majority of the time. Along the way, I was able to capture the beauty of the trail such as a waterfall, a Statue dedicated to a Native American chief, and one of the oldest covered bridges. 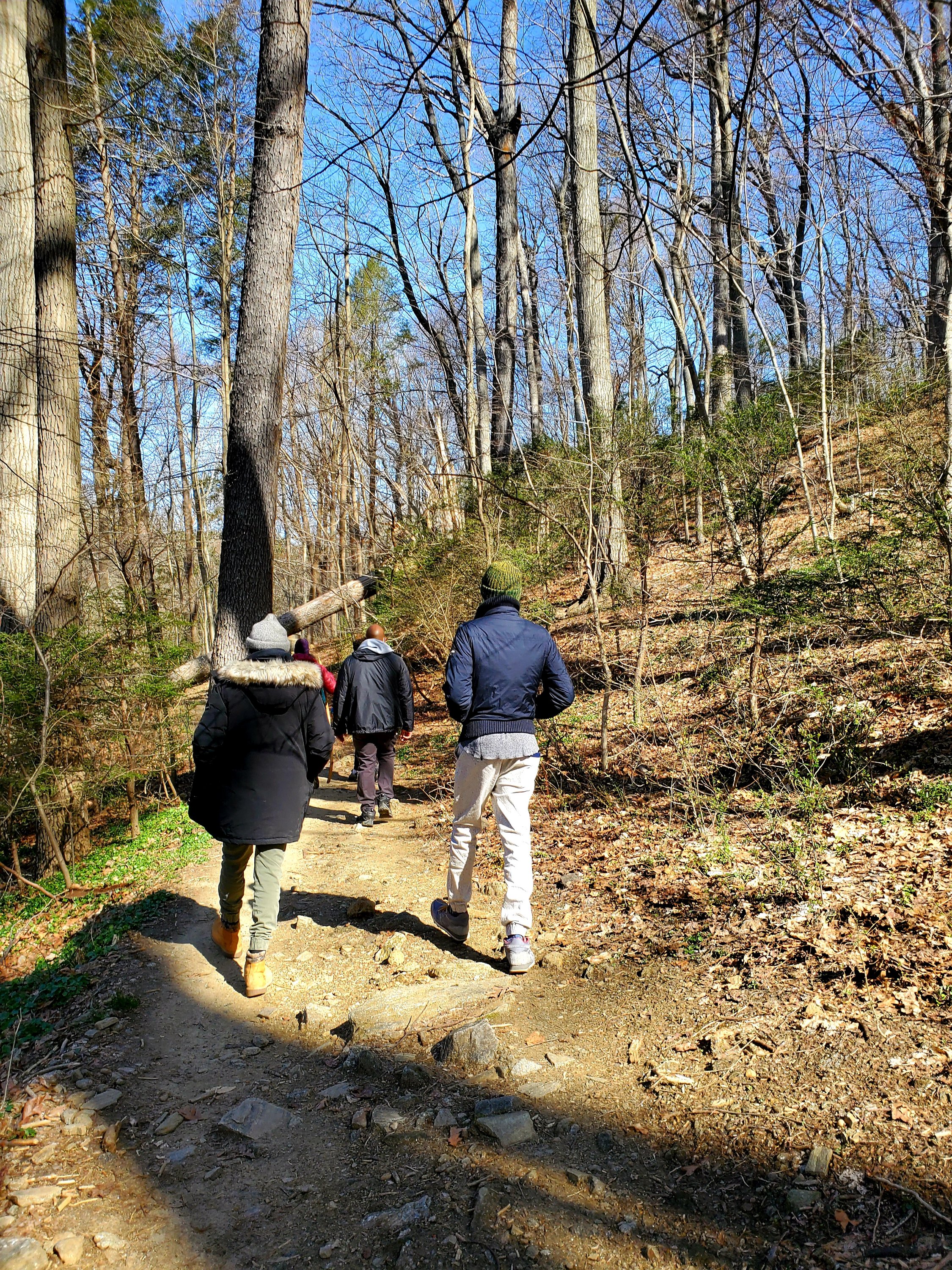 The White Trail has a waterfall. I was in awe. Not a very big waterfall, but serene and it made the hike peaceful. White Trail: The Statue of Tedyuscung

The Statue is one of three within Wissahickon Park and the most visited. It is a limestone Statue of a Lenape warrior, a crouching Native American with his hand to his brow looking west.The name, Tedyuscung, was given by one of the presenters during the dedication and it stuck. Here is a good article about the Statue and the history of Lenape. 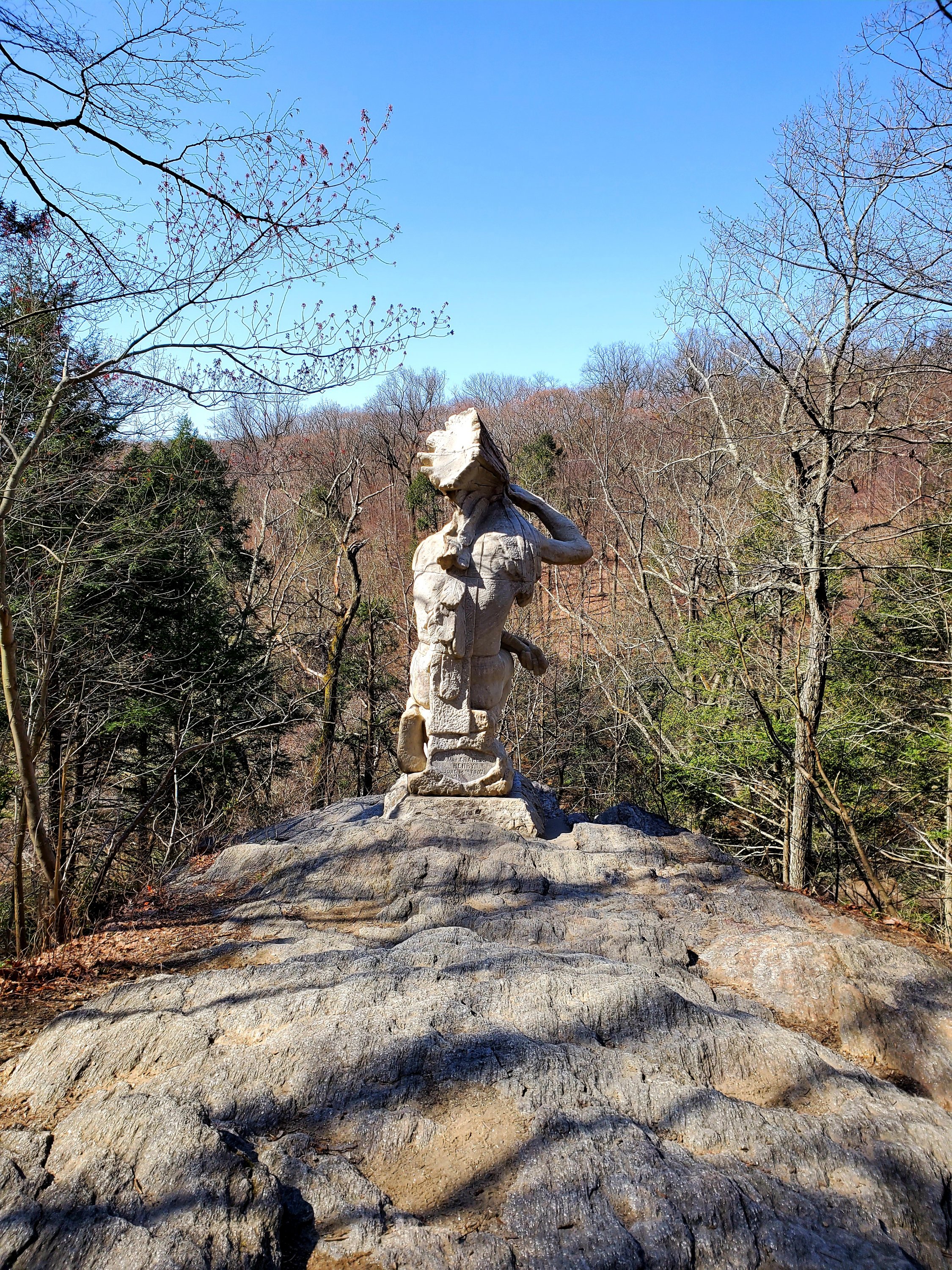 By seeing the bridge and being on the trail, you can’t believe that the second largest in the east coast city is less than 15 miles away. Hopefully, on the next hiking trip there will be spring leaves. Until next time!

Thank you so much for reading this blog and joining me in my Philly adventures! Make sure to check out my other blogs and contact me when you are ready to travel domestically or internationally. I am here to you to curate a trip for you and your friends and family.

They have roller skating in the park and guess who

This was George Washington's Headquarters during t

Just living is not enough…One must have sunshine

Lost in the forest 🌴 If you said a year ago, I

"The higher you climb, the better the view."

🎶 Everyone can see we're together As we walk on