Crazy Horse and then some

There is so much more to South Dakota than Mount Rushmore that it deserve a roadtrip exploring the surround area. After Mount Rushmore, we drove to the Crazy Horse Memorial which is about 12 miles of a scenic drive. However, before making our way to the Crazy Horse Memorial, we did a picture stop at Horse Thief Lake. Boy, do I love the name! The lake was named after a gang of horse thieves. Who knew?! LOL 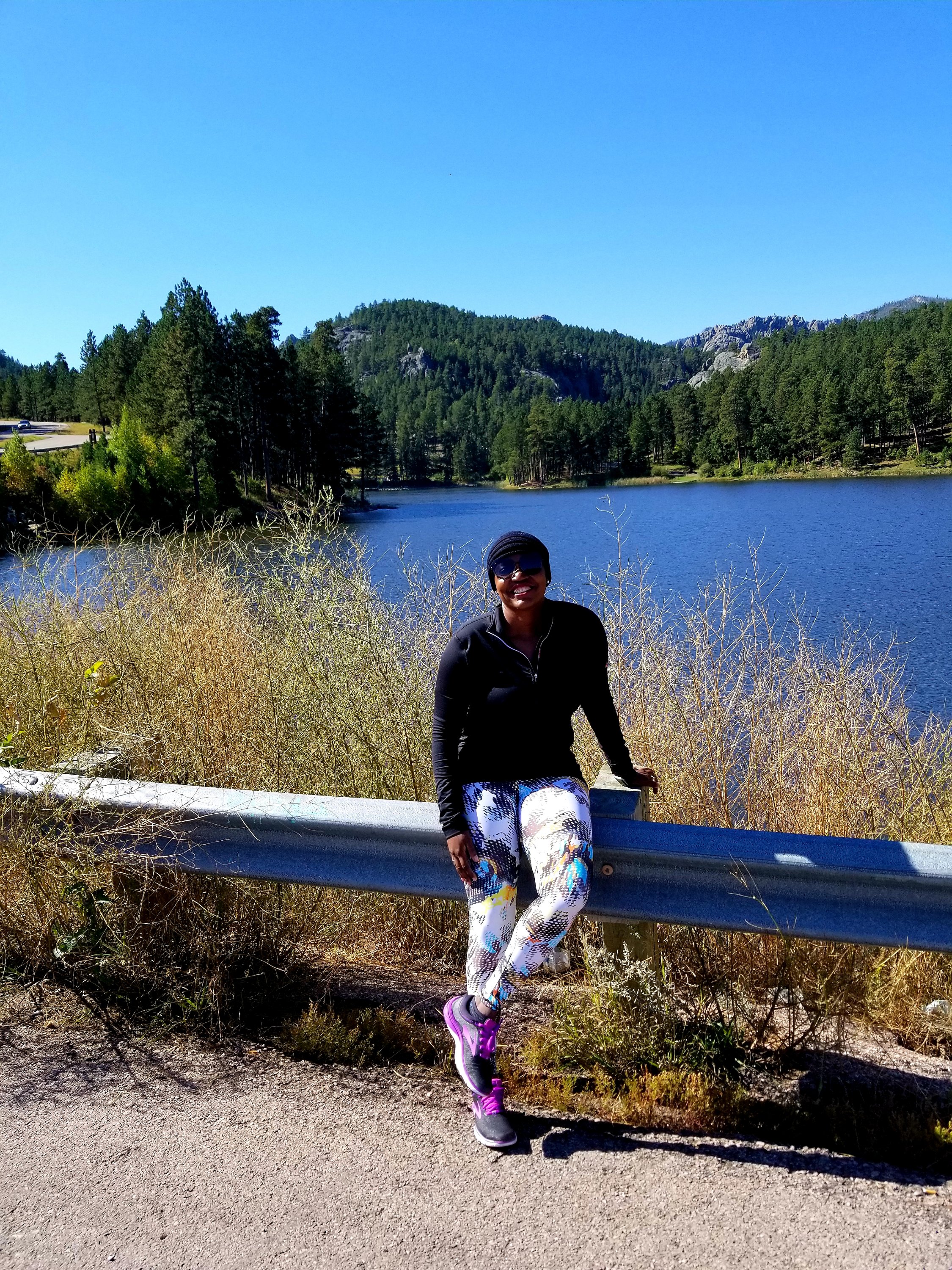 Does anyone remember the history of Crazy Horse? I remember the name but couldn’t recall anything I learned in school.

Here is a bio tidbit:
“Crazy Horse was a Native American war leader of the Oglala Lakota in the 19th century. He took up arms against the United States federal government to fight against encroachment by white American settlers on Indian territory and to preserve the traditional way of life of the Lakota people.”

In 1948, the Lokata people initiated the process of creating the Memorial to honor their fearless leader, Crazy Horse. It is a mountain monument under construction on privately held land in Custer County. It will depict the Oglala Lakota warrior, Crazy Horse, riding a horse and pointing into the distance. Rising over 563 feet high, Crazy Horse Memorial will be taller than the carved portraits of Mount Rushmore by nearly 10 times and is set to become one of the tallest monuments in the world once completed. There is a $12 fee to enter the Memorial. If you want a closer view of Crazy Horse, there is a shuttle bus at an additional cost of $7.00. Once you are inside, there is a museum, gift shop, restaurant and a performance by the Lokata people. The Town of Custer

As we left Crazy Horse, we ended up going through the town of Custer. The town has a population of less than 2000 based on the 2010 Census. Does that mean everyone knows one another? 🤔

The town was named after George Armstrong Custer who fought the Native Americans for THEIR land. You probably remember Custer’s Last Stand from history/social studies classes. Just in case you need a refresher,

“On June 25, 1876, while leading the 7th Cavalry Regiment at the Battle of the Little Bighorn in Montana Territory against a coalition of Native American tribes, he and all of his detachment—which included two of his brothers—were killed.”

The town definitely has character because on each corner of the intersections are painted Buffalos. Then we decided to walk down the middle of town to get the background. Shh… don’t say a word! 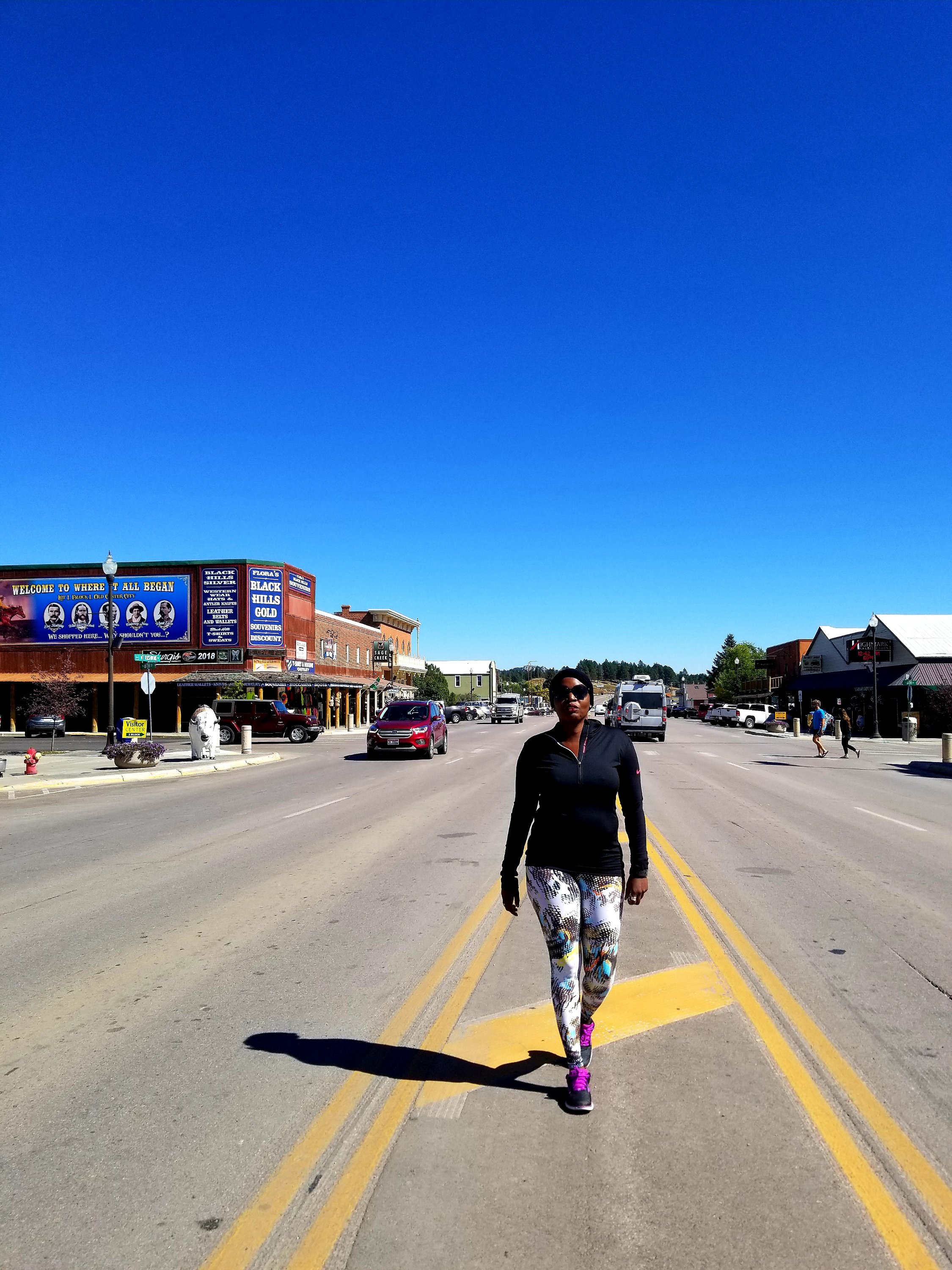 Anyway, back on the road to explore Custer State Park. Along the way, we spotted a Buffalo. I think it is a water Buffalo! Mimi Wanders wanted to get out and take a picture with it. I told her if it moves, I am driving off 😳😜.

We found another body of water – Legion Lakes. Apparently, it is a famous water hole for swimming, camping, and kayaking. Well it time to head back to the city life 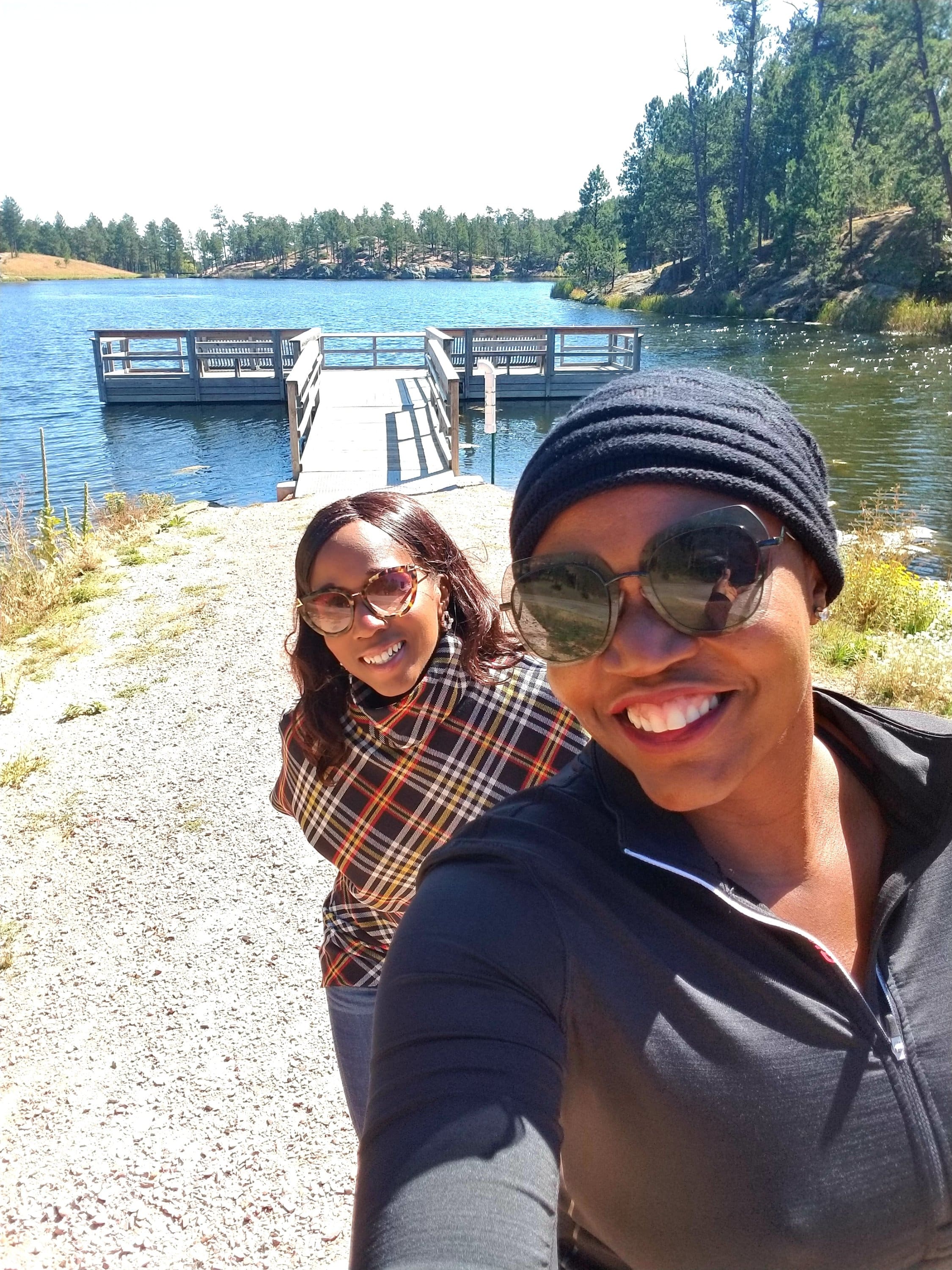 We definitely enjoyed the road trip. The route is scenic. Can just imagine it during Fall? Hopefully, I will see you on the next adventure.