4 Dead White Presidents on a Mountain

The road to see 4 dead white Presidents on a mountain was relatively easy. Once you fly into Rapid City, you have the option of staying there or Keystone. We opted in staying in Rapid City at the Residence Inn by Marriott. I am very particular about my hotels. I am a “bougie” traveler. 😀

The drive from Rapid City to Mount Rushmore is about 45 minutes passing through Keystone. I have to admit that Keystone is a cute little town. I wish I took a picture but was driving. Anywho, it was a quick pass through until we saw the sign welcoming us to Mount Rushmore. Photo op! 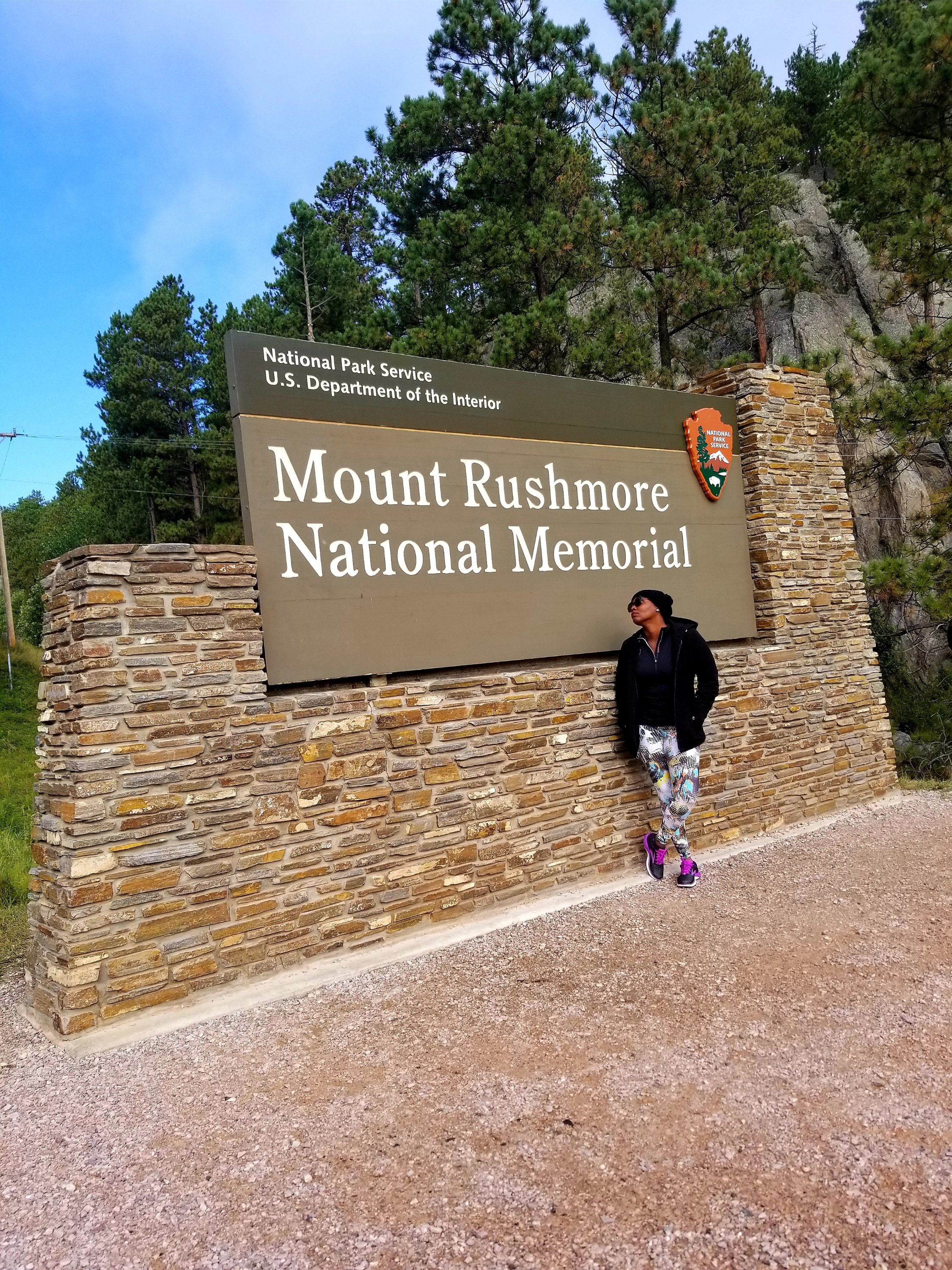 As we got closer, we could see the 4 dead white Presidents on the mountain. We immediately pulled over for jumping photos. It’s a girls weekend, why not be silly? 😜 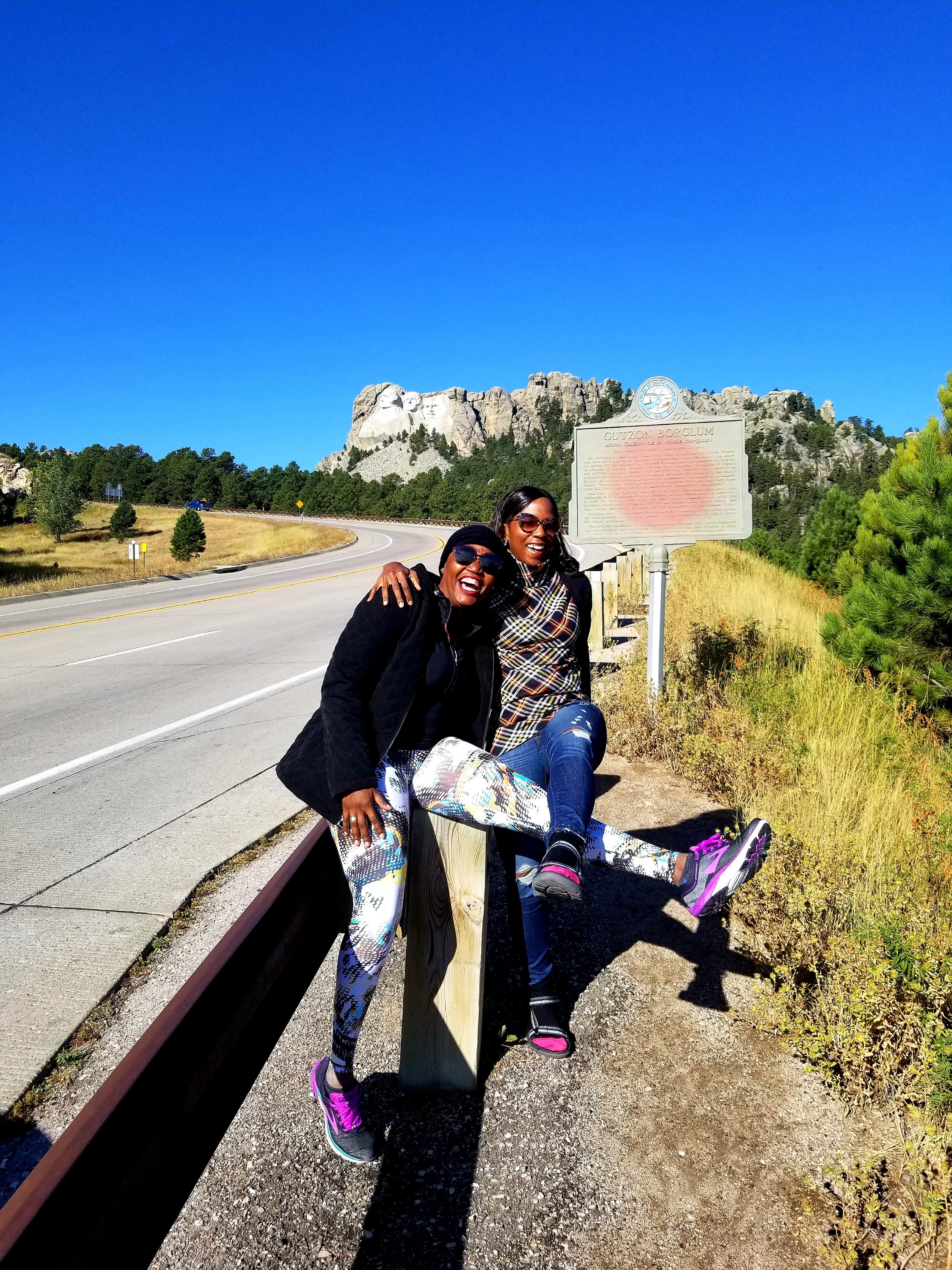 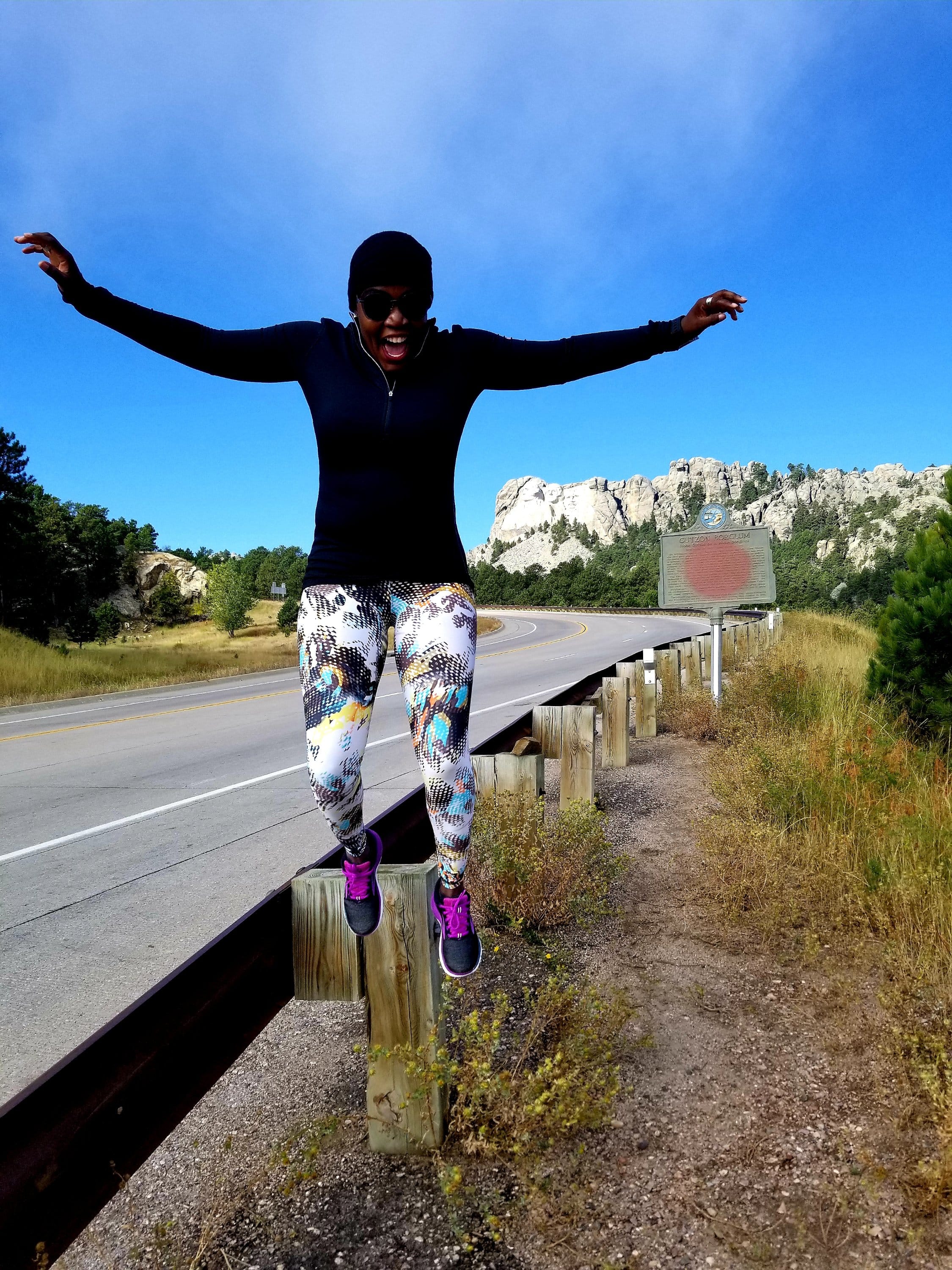 The good news is it is free to get into Mount Rushmore National Park. However, you do have to pay $10 to park.

Once you are in the park, there are tall stones on both sides with each state’s flag and the inscription of when they joined the union. You know Florida had to be difficult. The flag was all tangled up, but I did find out, we joined the union in 1845. 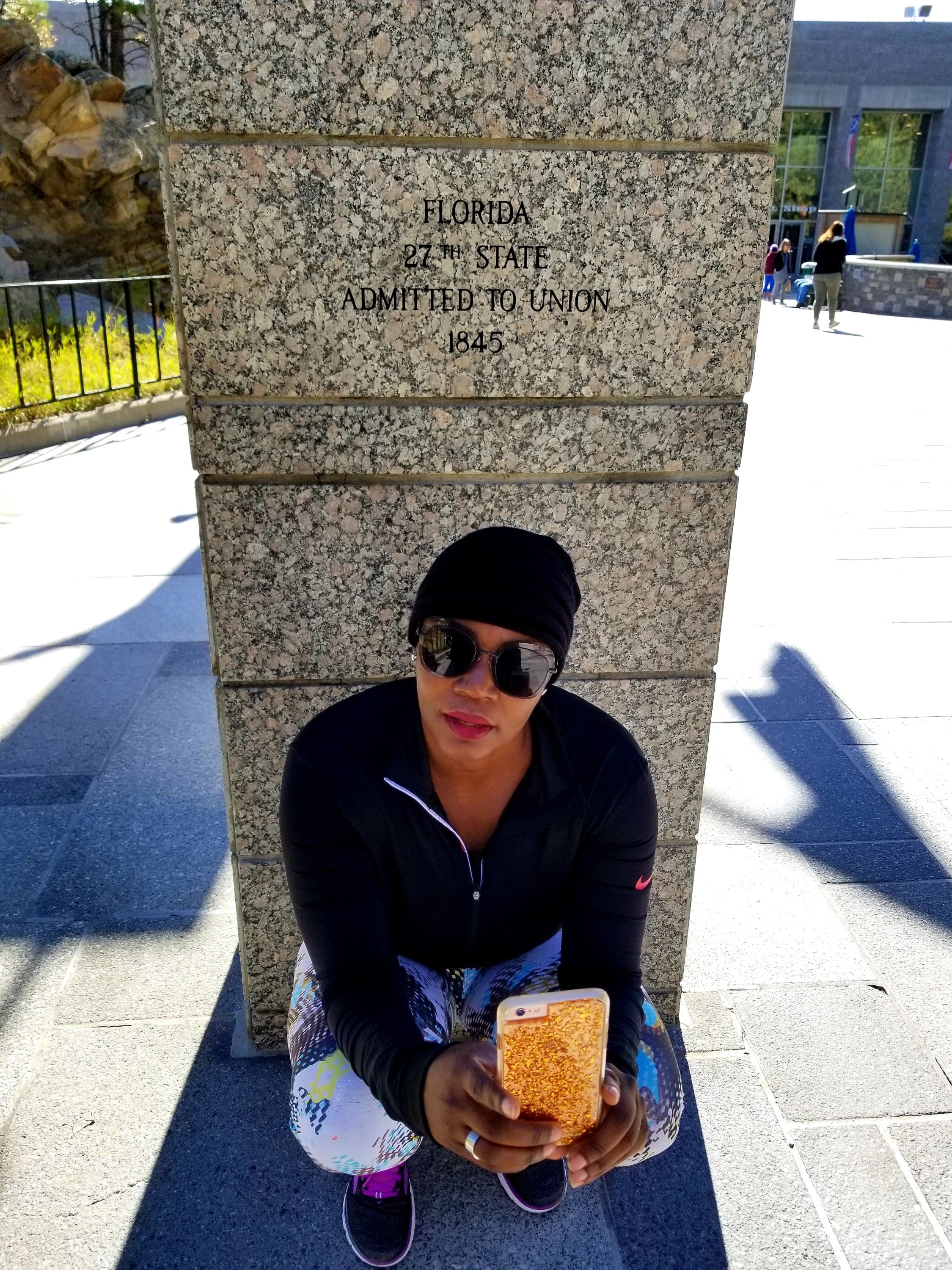 The Mount Rushmore Memorial is a massive sculpture carved into Mount Rushmore. The Memorial was completed in 1941 (14 years) under the direction of Gutzon Borglum and his son Lincoln. Did you know that Borglum aligned himself with the KKK? Read all about it on the Smithsonian website. I had no idea until Mimi Wanders told me about it. The things you learn when traveling. 🤔

Anywho, back to the construction of the Memorial. They used dynamite to remove some of the large rocks. Unfortunately, one or more of dynamite blew off the face of Thomas Jefferson two years later and they had to start all over. 😳 The sculpture’s roughly 60-ft.-high granite faces depict U.S. presidents George Washington, Thomas Jefferson, Theodore Roosevelt, and Abraham Lincoln. There is a Presidential trail that will allow a closer view of the Memorial. 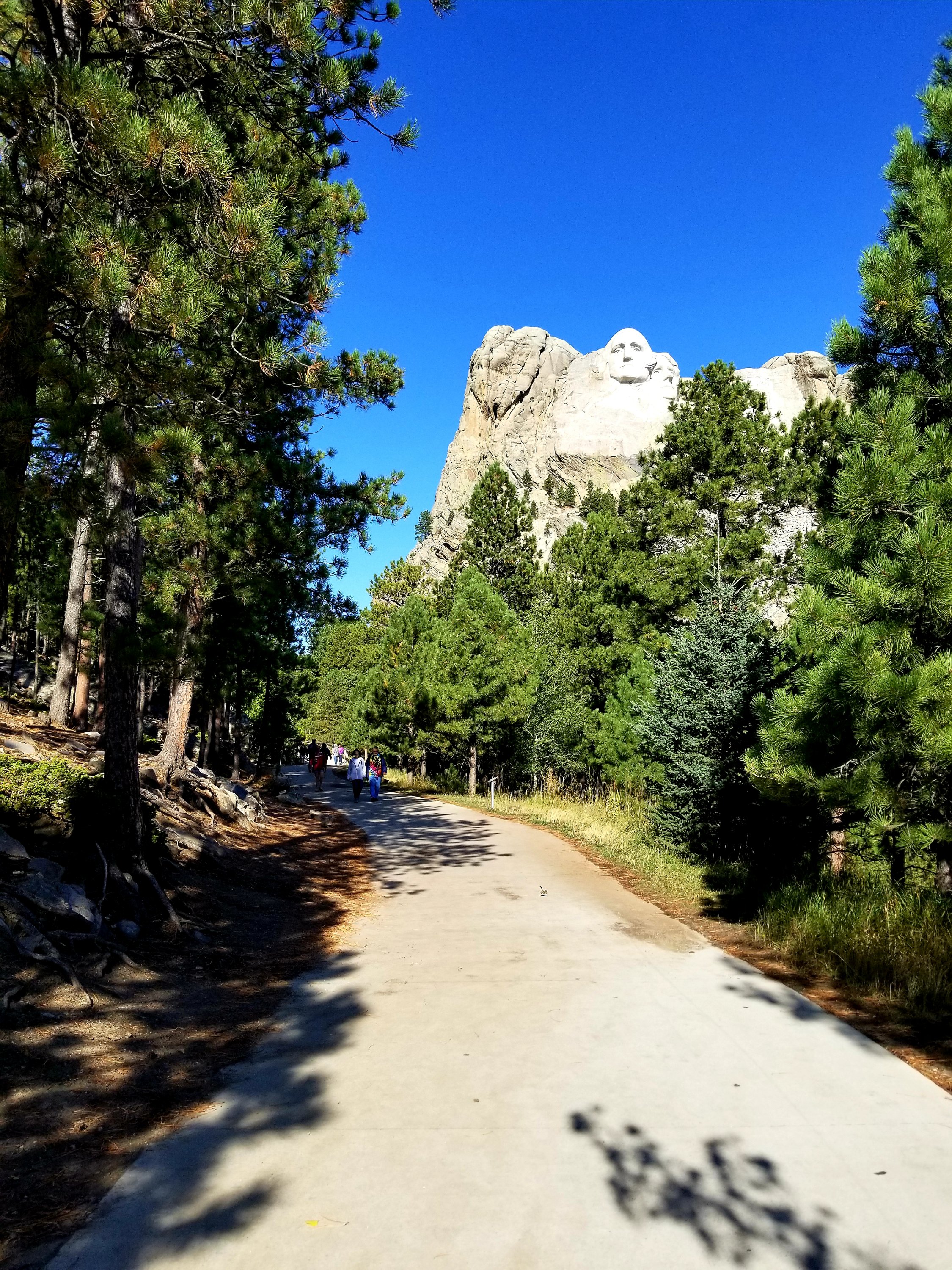 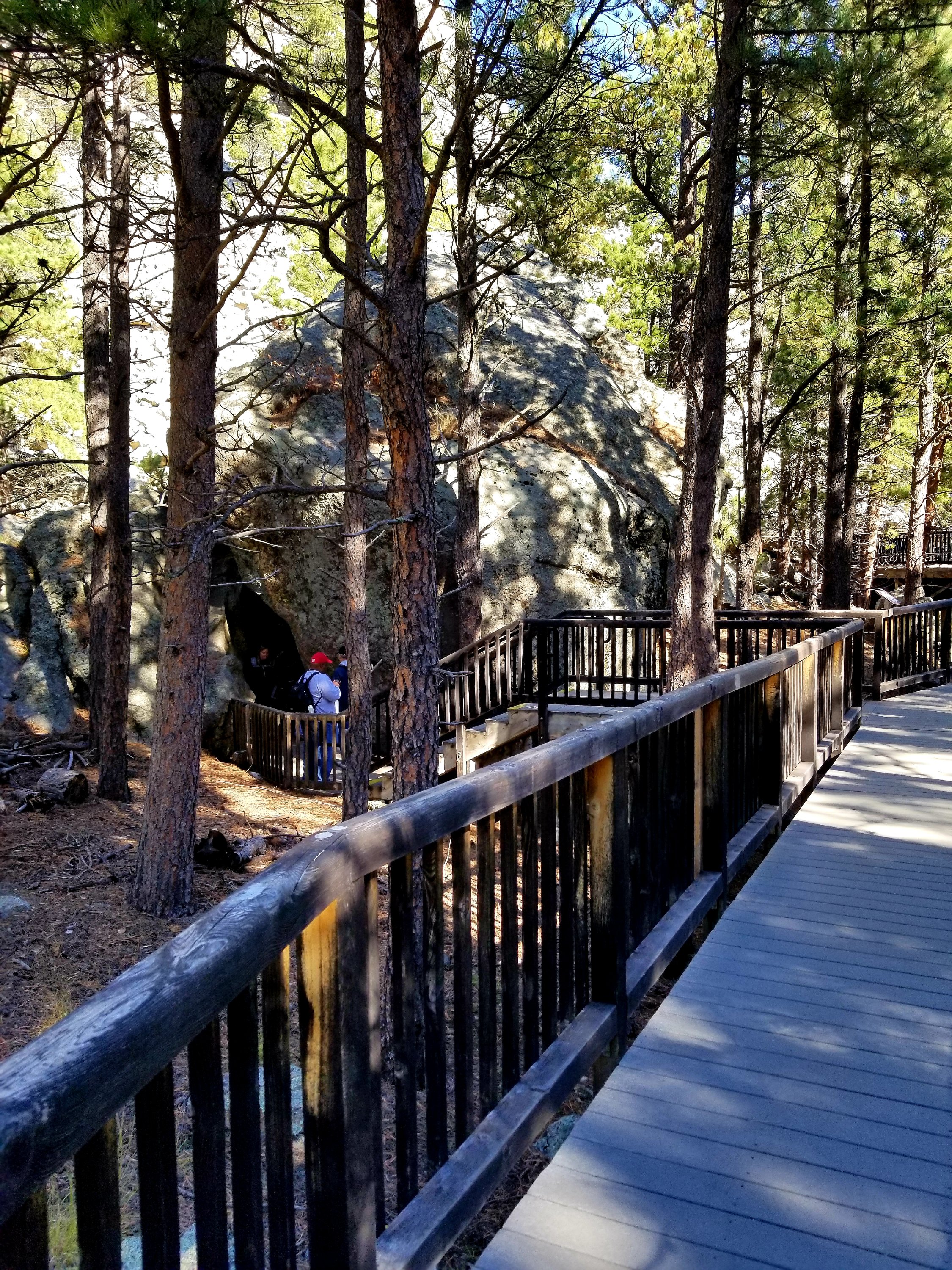 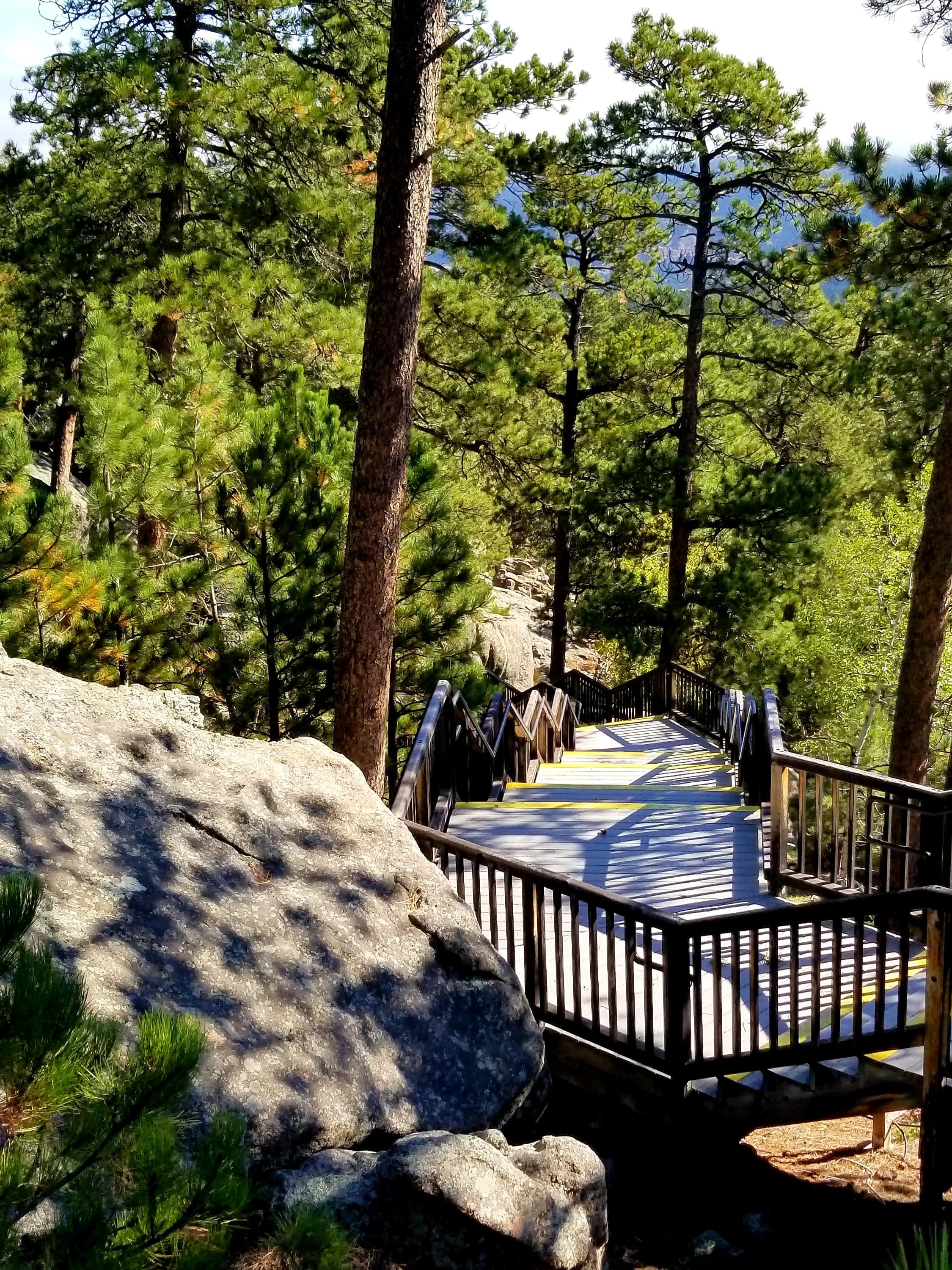 Once we got to end, it was time to be silly again and put our finger up George Washington and Thomas Jefferson’s nose. Yep, I said it and we did it. 😀 All I have to say, trying to get the right picture had everyone laughing, plus we were not the only one. Don’t you see me? 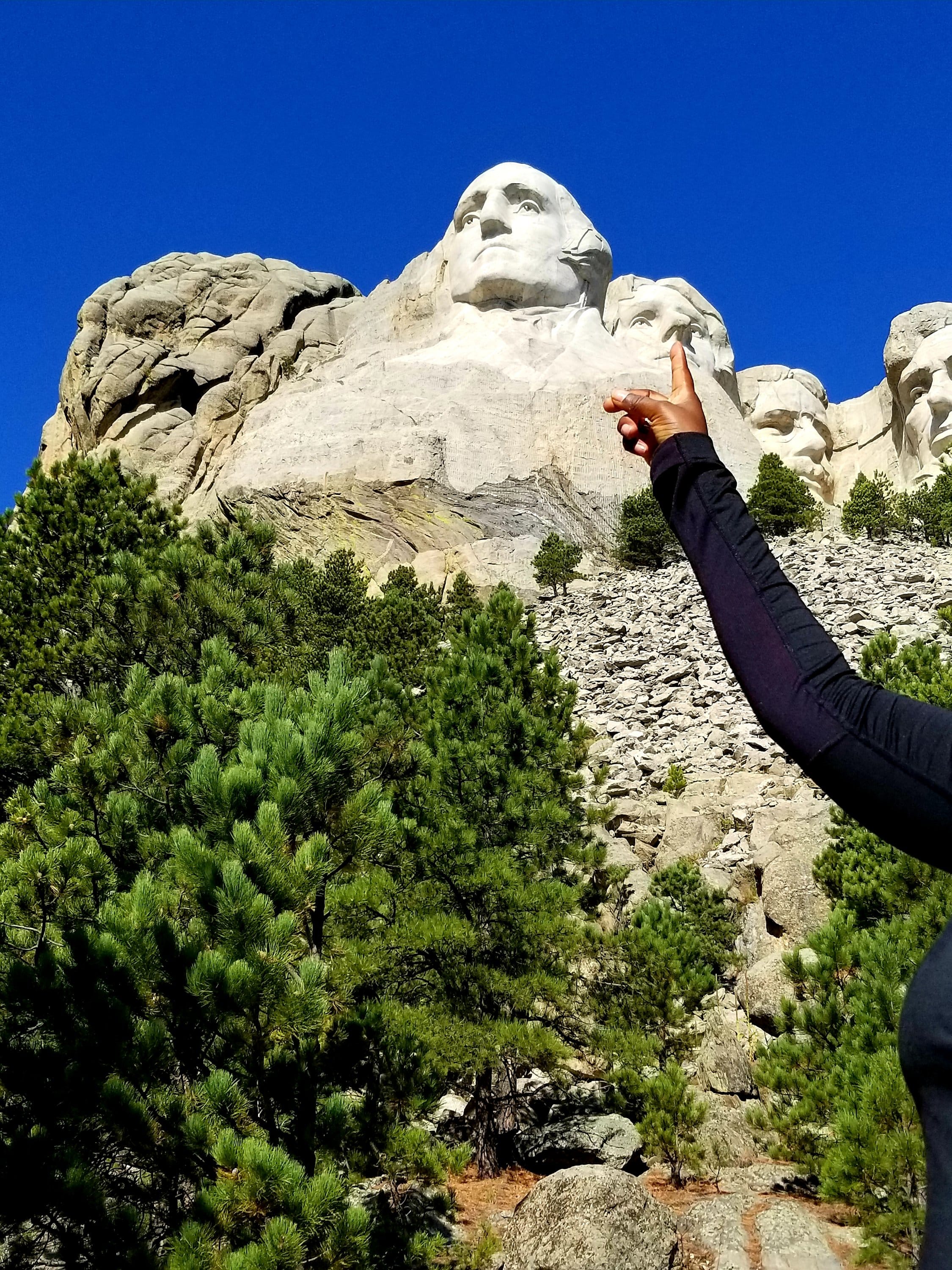 The Rangers do offer tours on the hour to get more history on the Memorial. In addition to the free tour, there is a museum and a food court. Depending on your taste, you only need about an hour at Mount Rushmore.

Let me tell you this is a great weekend getaway with friends, family, and couples. I can tell you on how to do it. 📞📧