Bike Tour, A Weekend in Portland ME

After my day of exploring Peaks Island, I decided I needed a little bit of excitement.   I signed up for a 15-mile Bike Tour to see all of 5 lighthouses.   I think the last time I was on a bike was last May/June.  You know during the pandemic, and we were looking for anything/something to do.  Anywho, how bad it can it be?   Actually, not so bad!   I found an appreciation for Florida during the bike tour.   Yep, I love the fact that Florida is flat because Portland Maine isn’t flat lol.

During my travels, I always like to find something unique to get the feel of the place.  Sometimes, it is a Food Tour or Walking Tour via their local transportation.   In Portland, it was a bike tour.  Experiencing a new place by bike provides a unique opportunity to be immersed in the landscape. Instead of watching it flash by through the window of a car, the barriers are down. You will get to experience the sights, sounds and smells of the location.

SummerFeet accomplished all that and more.  The 5-hour tour runs daily from May 1 to October 31st, starting at 9:30 am.   The highlighted of the tour are:

After being fitted for our bicycle and a brief safety instruction, it was time to ride. 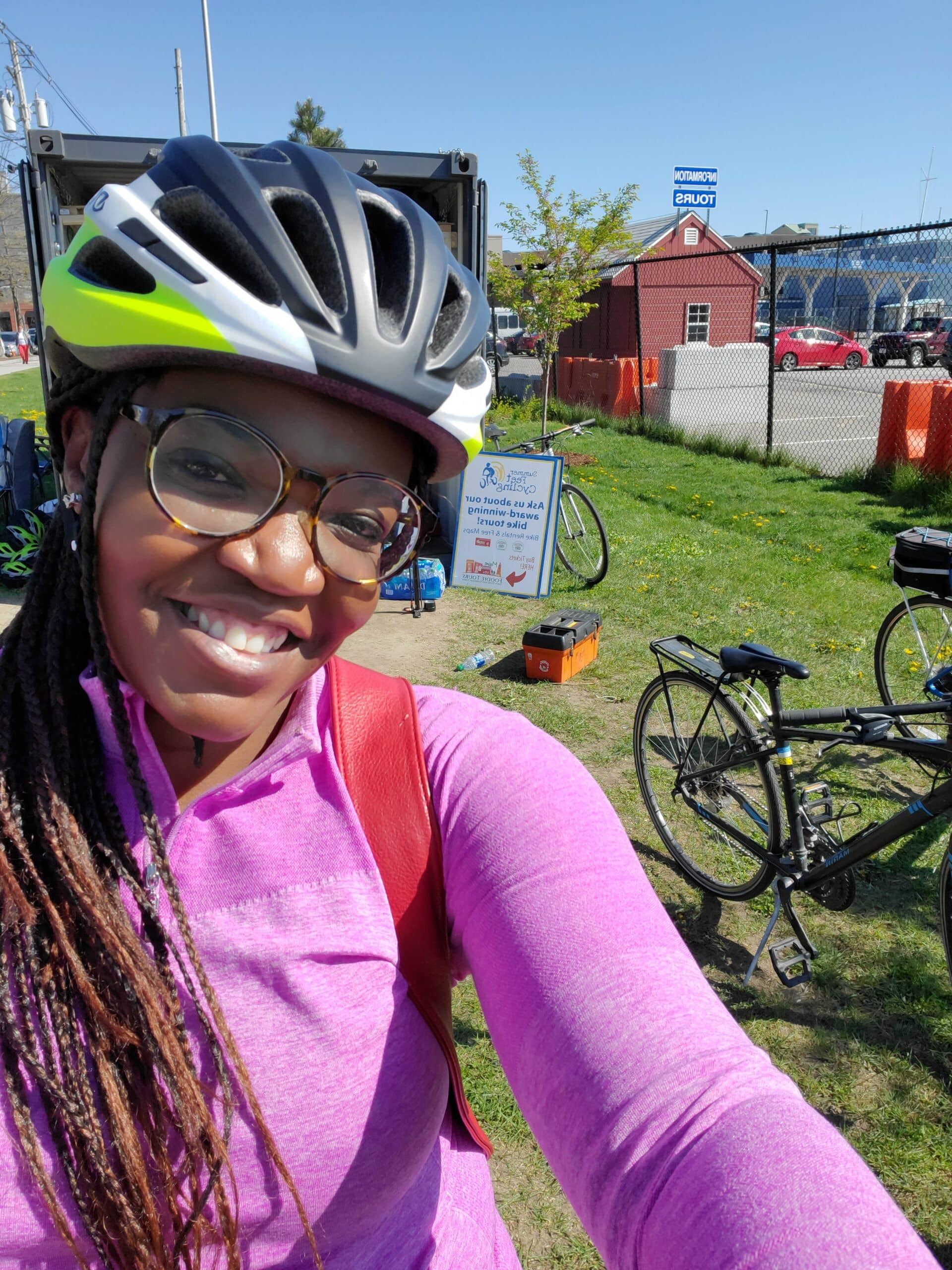 The official name is the Portland Breakwater Light, but the locals have always referred to it as “Bug Light” because it is “cute as a bug”. At only 37 feet tall, it is one of the smallest ocean lighthouses in the country. 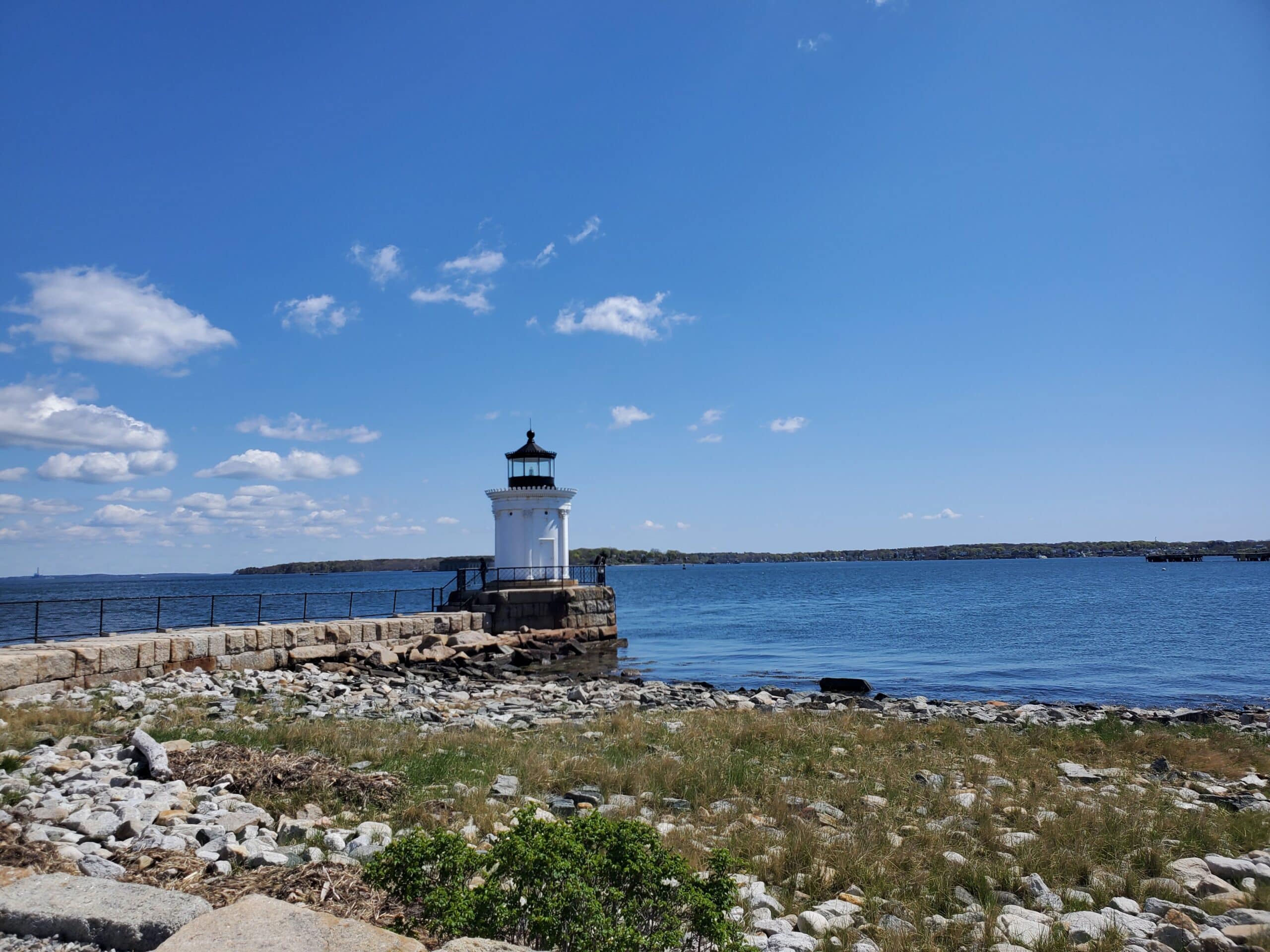 The Bug Light was built in 1855 of cast iron with a brick lining on a granite block foundation. The lighthouse was first lit in 1875. During World War II in 1942, lighthouse beacons were dimmed for security reasons, and Bug Light wasn’t re-lit until 2002 when the Coast Guard added a solar-powered light. 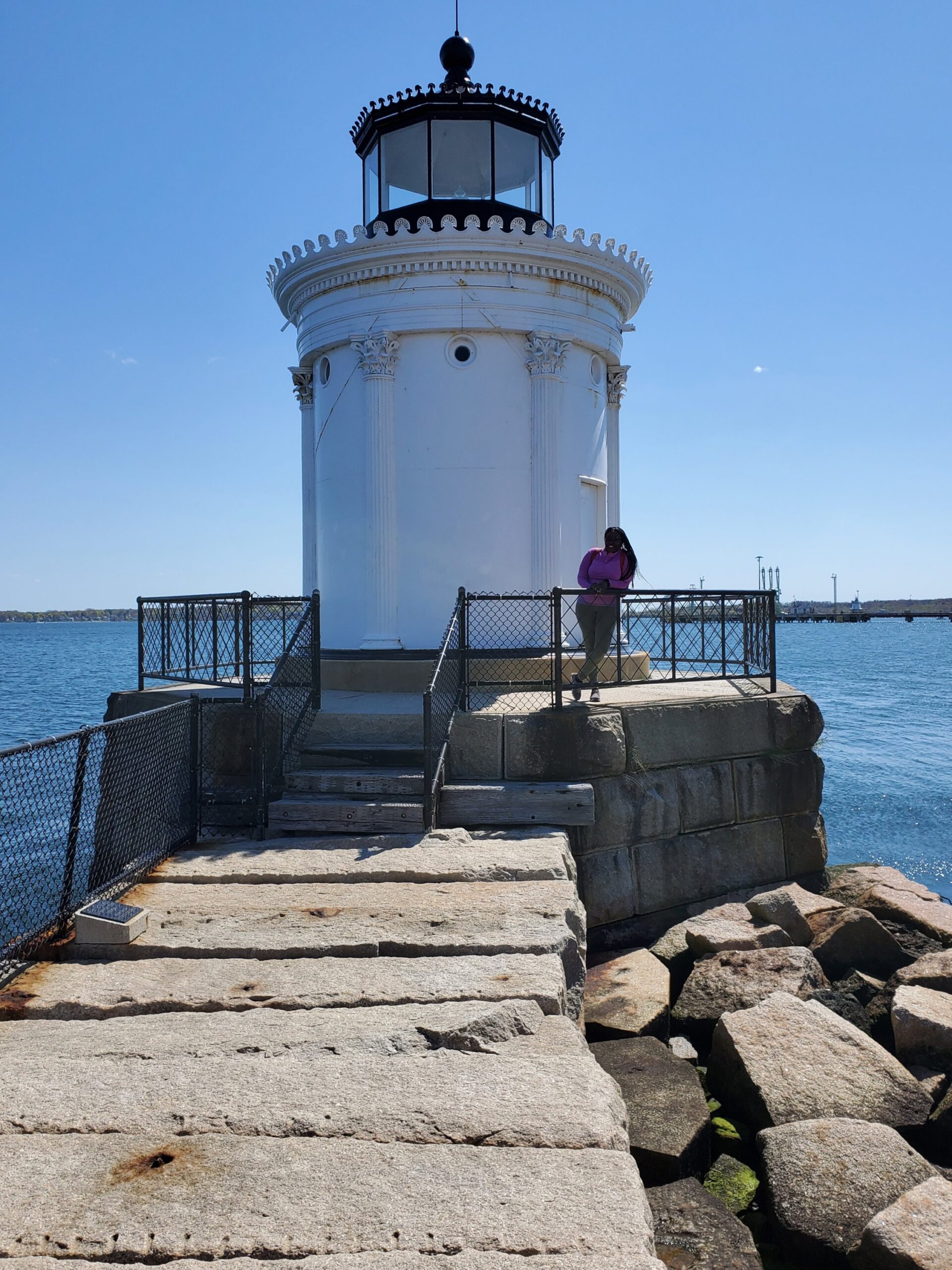 From this lighthouse, you have a great view of Portland. 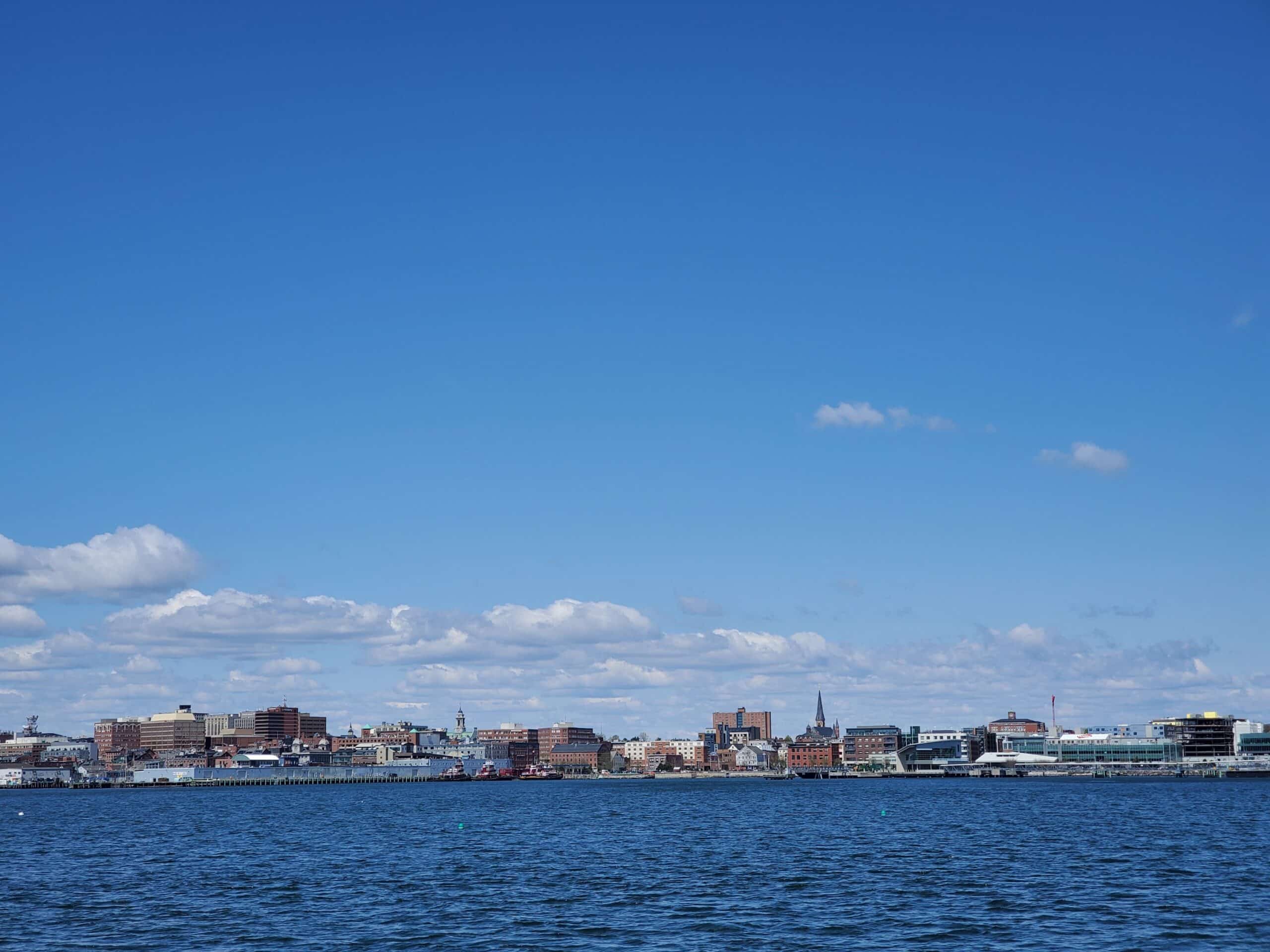 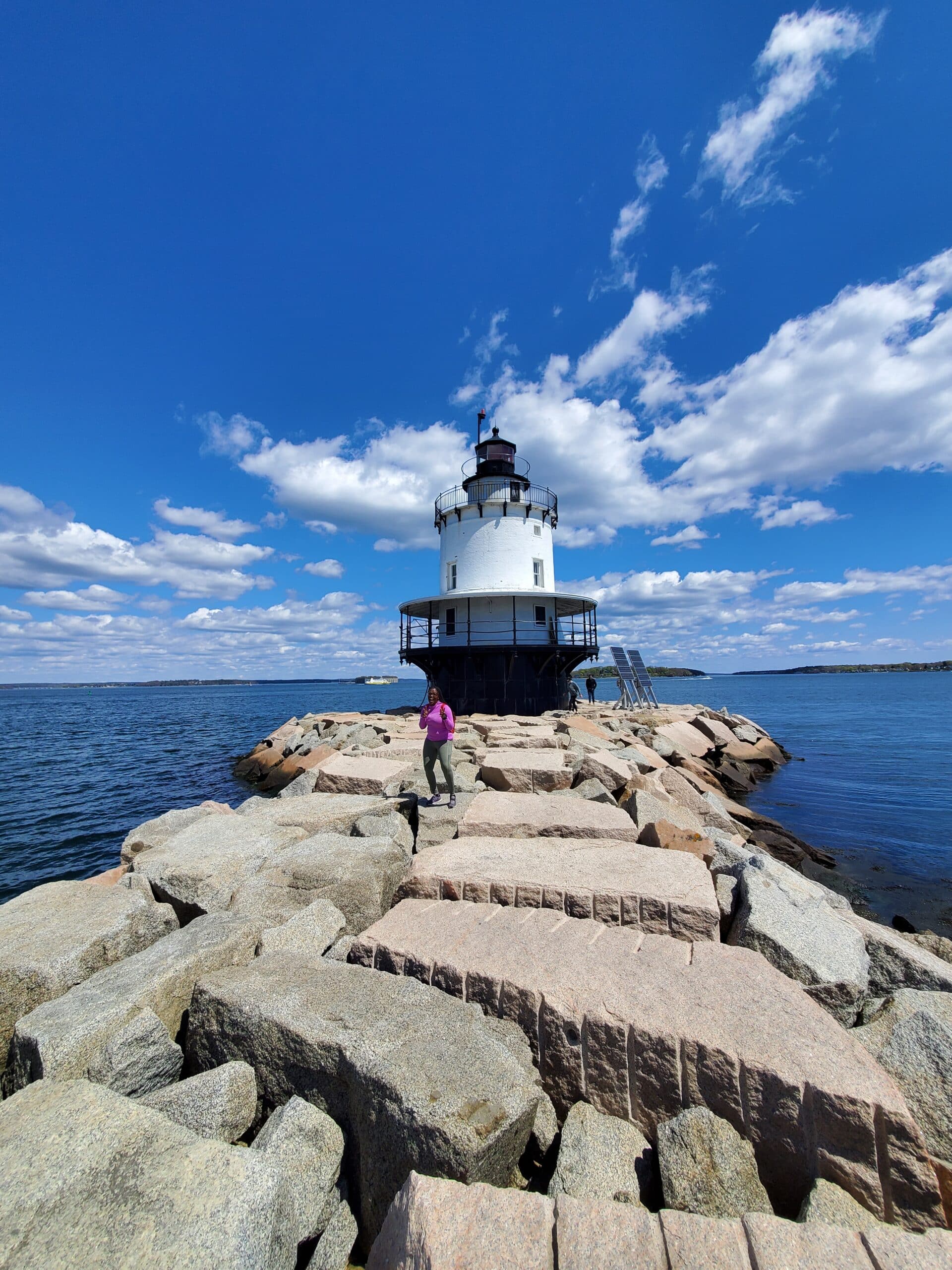 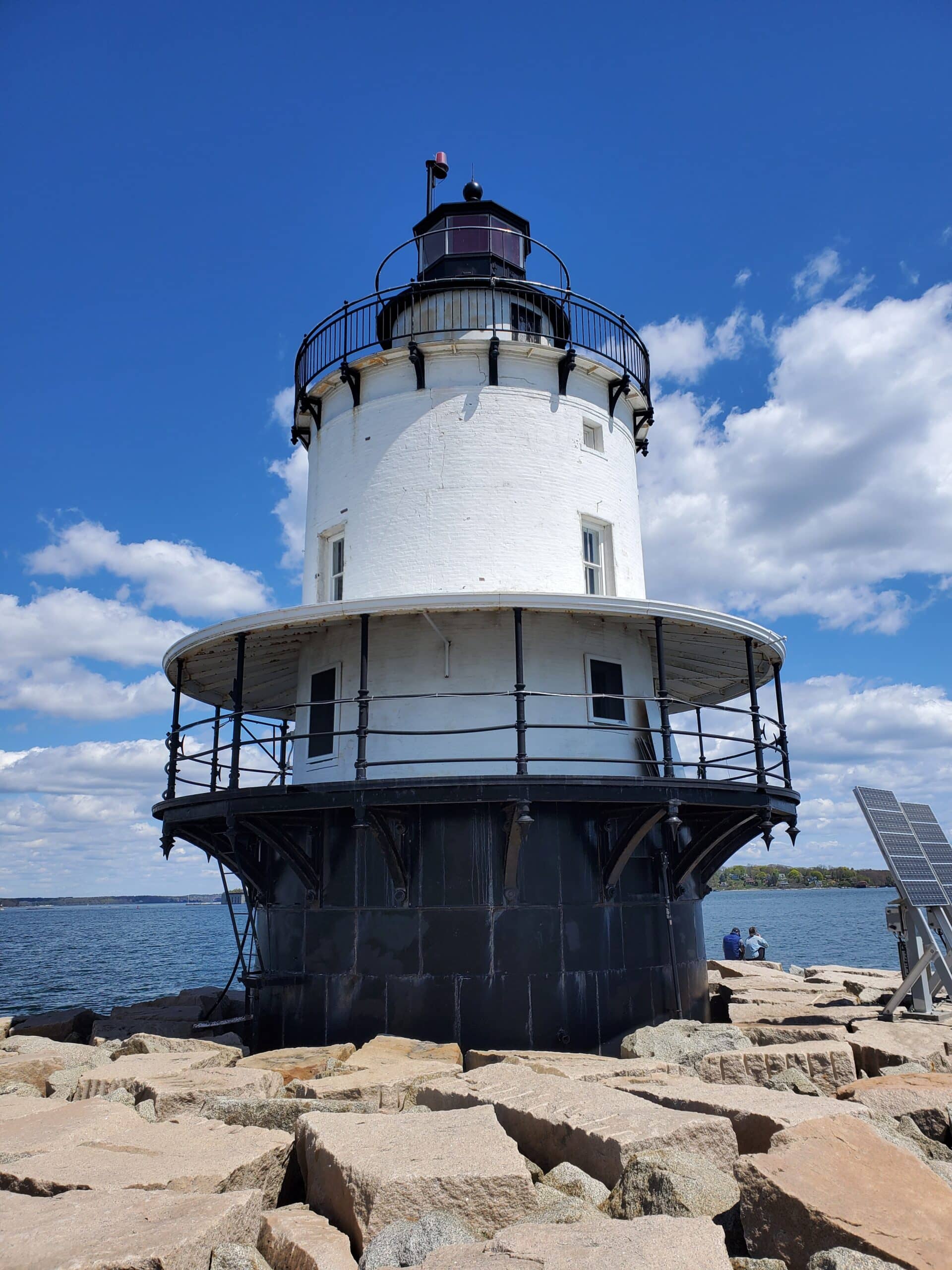 To get close and personal to the lighthouse, you need to walk cautiously on the stones.   It is not a short walk, and it is like playing chess as to which stone will get closer without falling through the cracks.   You know I loved every minute 🙂  Here are a couple of pictures, so you can get the idea. 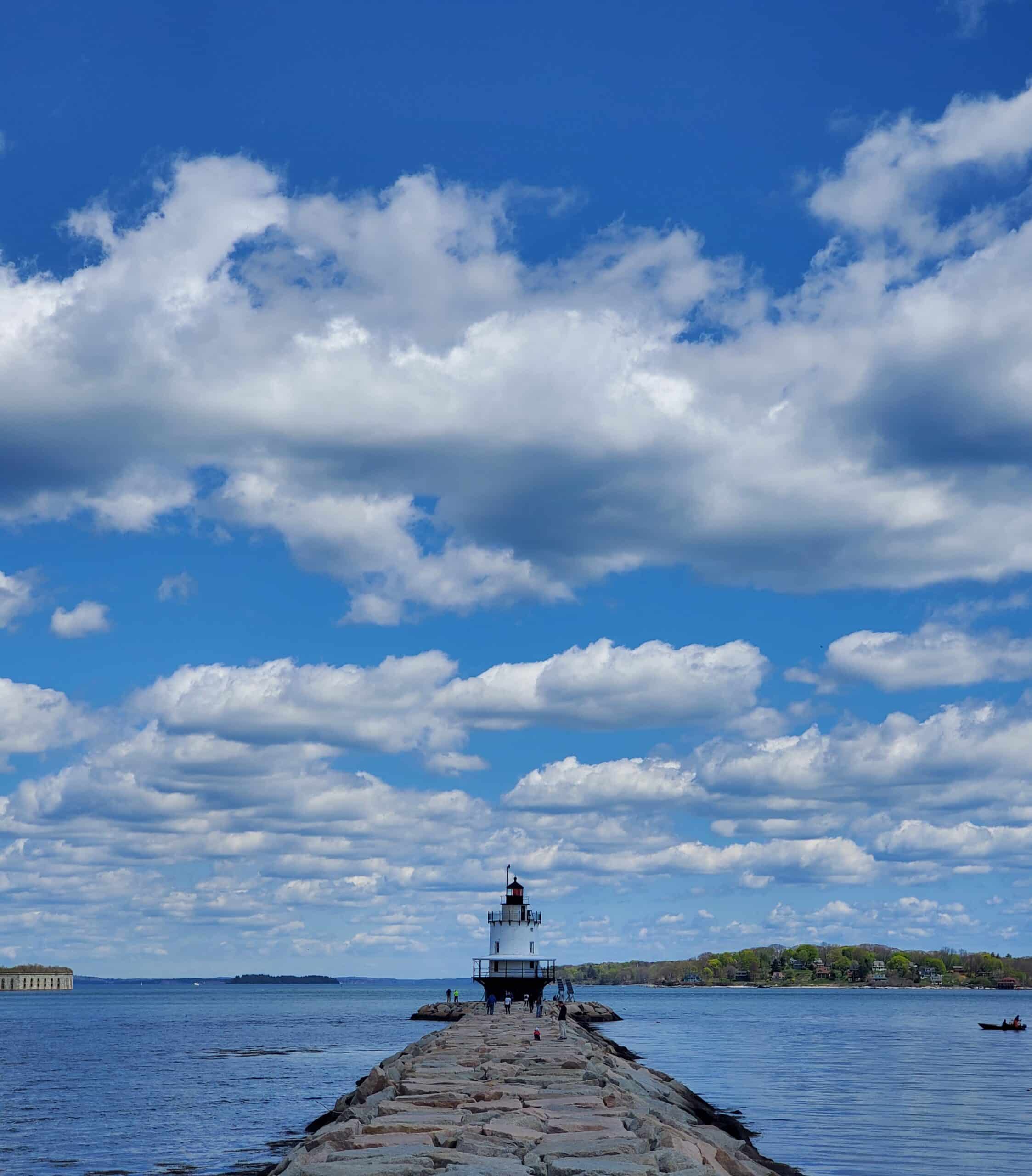 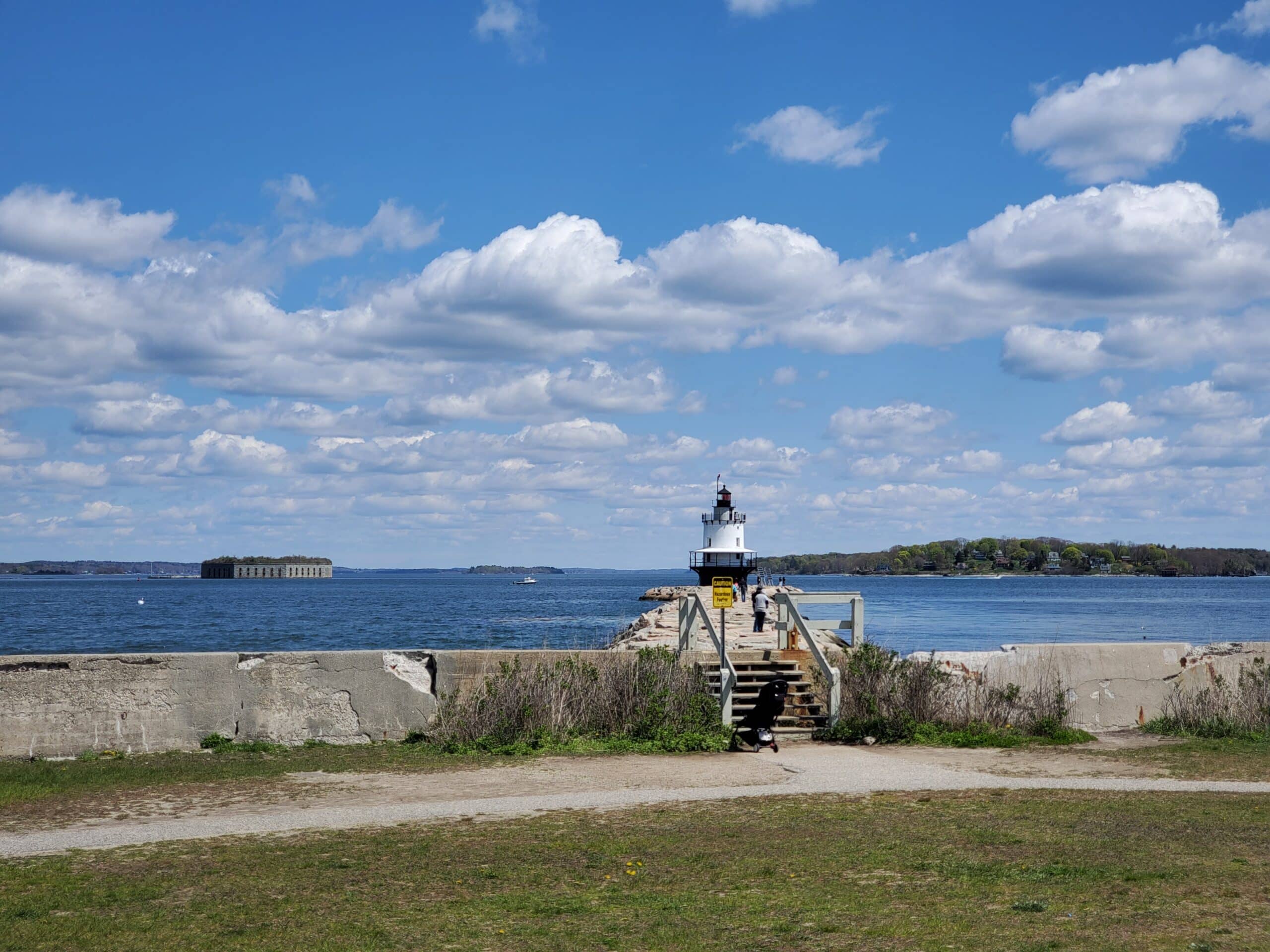 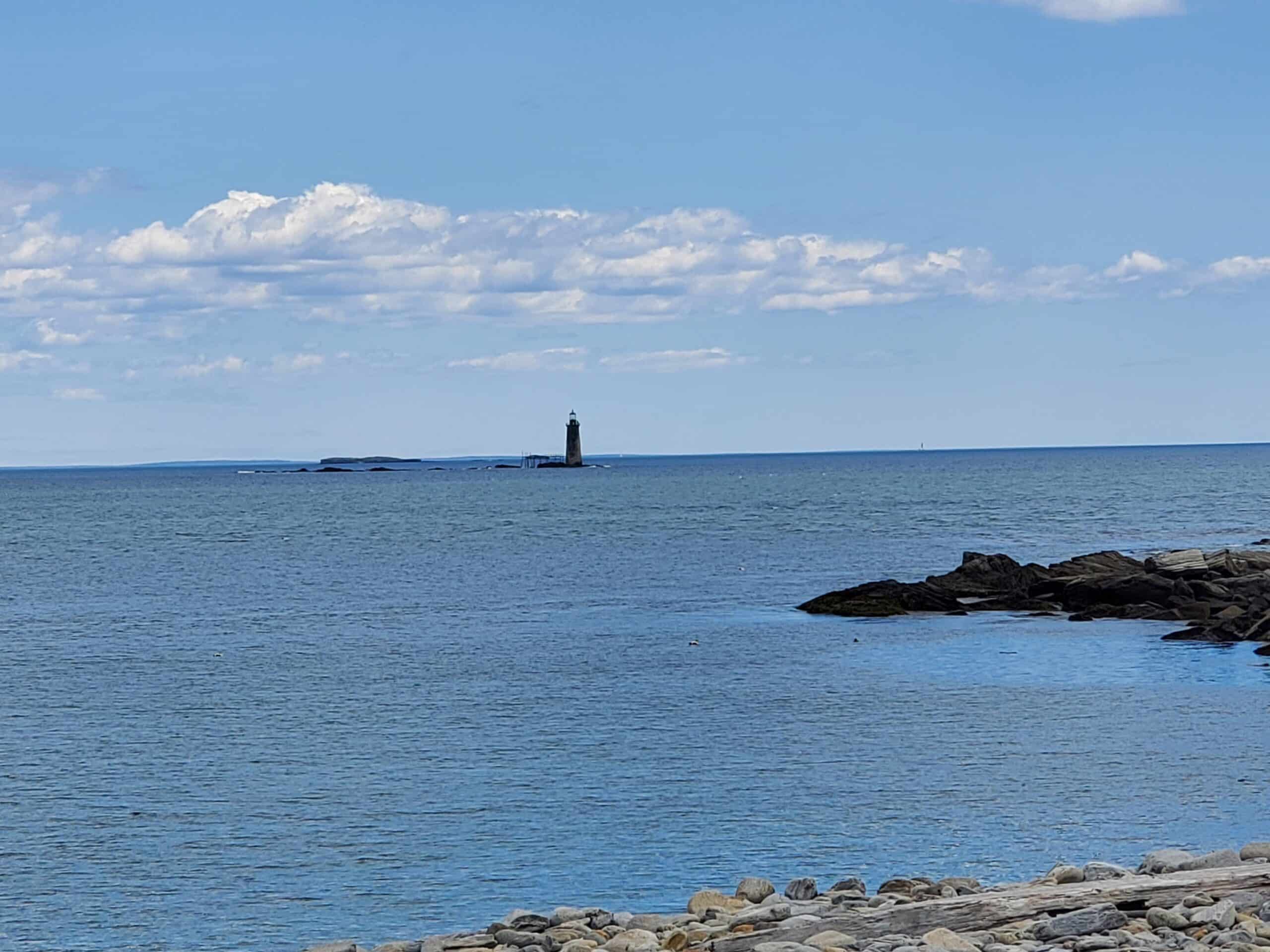 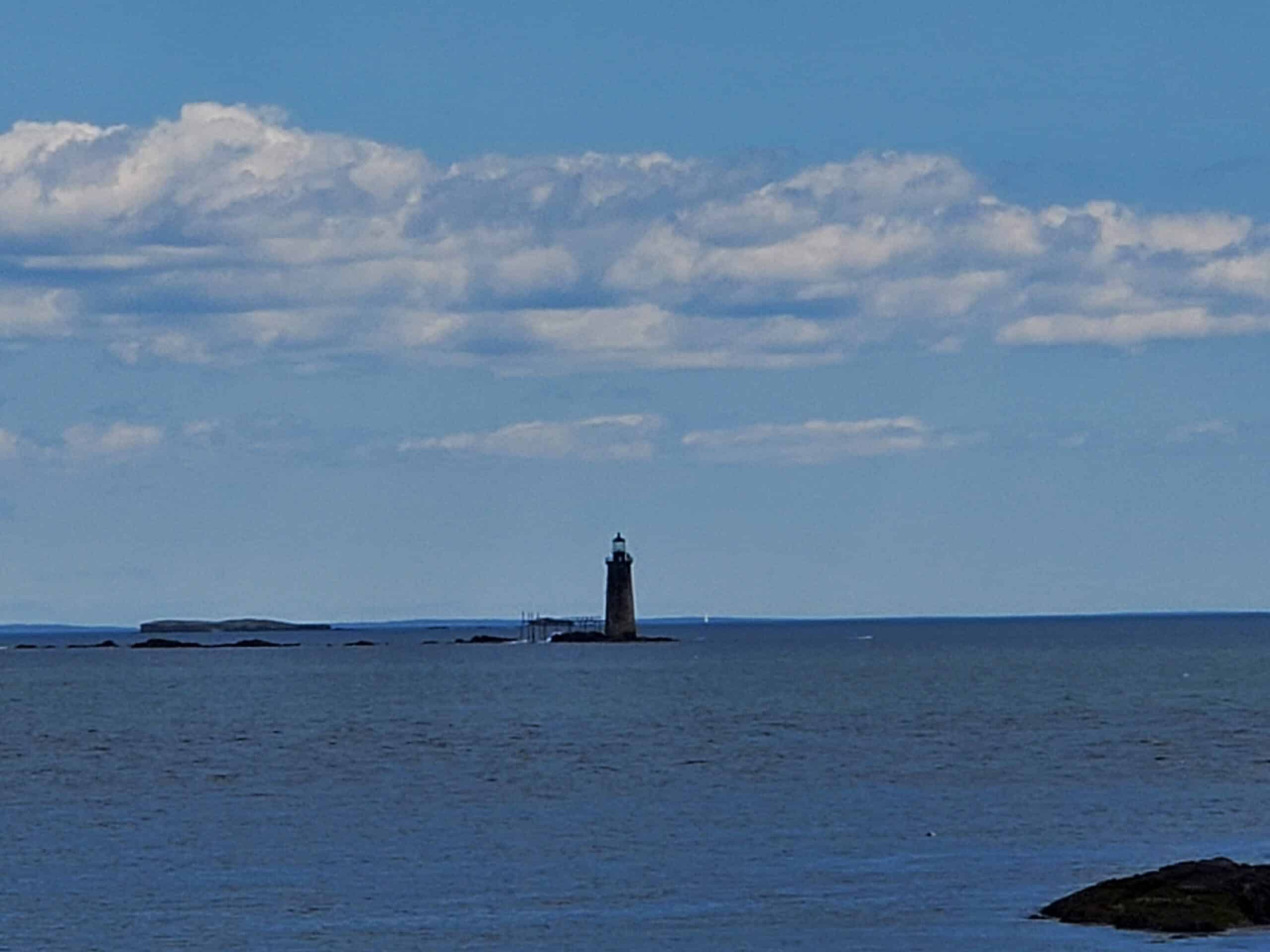 A little know history fact, just in case you become a contestant on Jeopardy — during the winter of 1949-1950, Joe Johnson, the assistant keeper, spent forty-five straight days on the ledge because the weather was too bad to bring out his replacement. 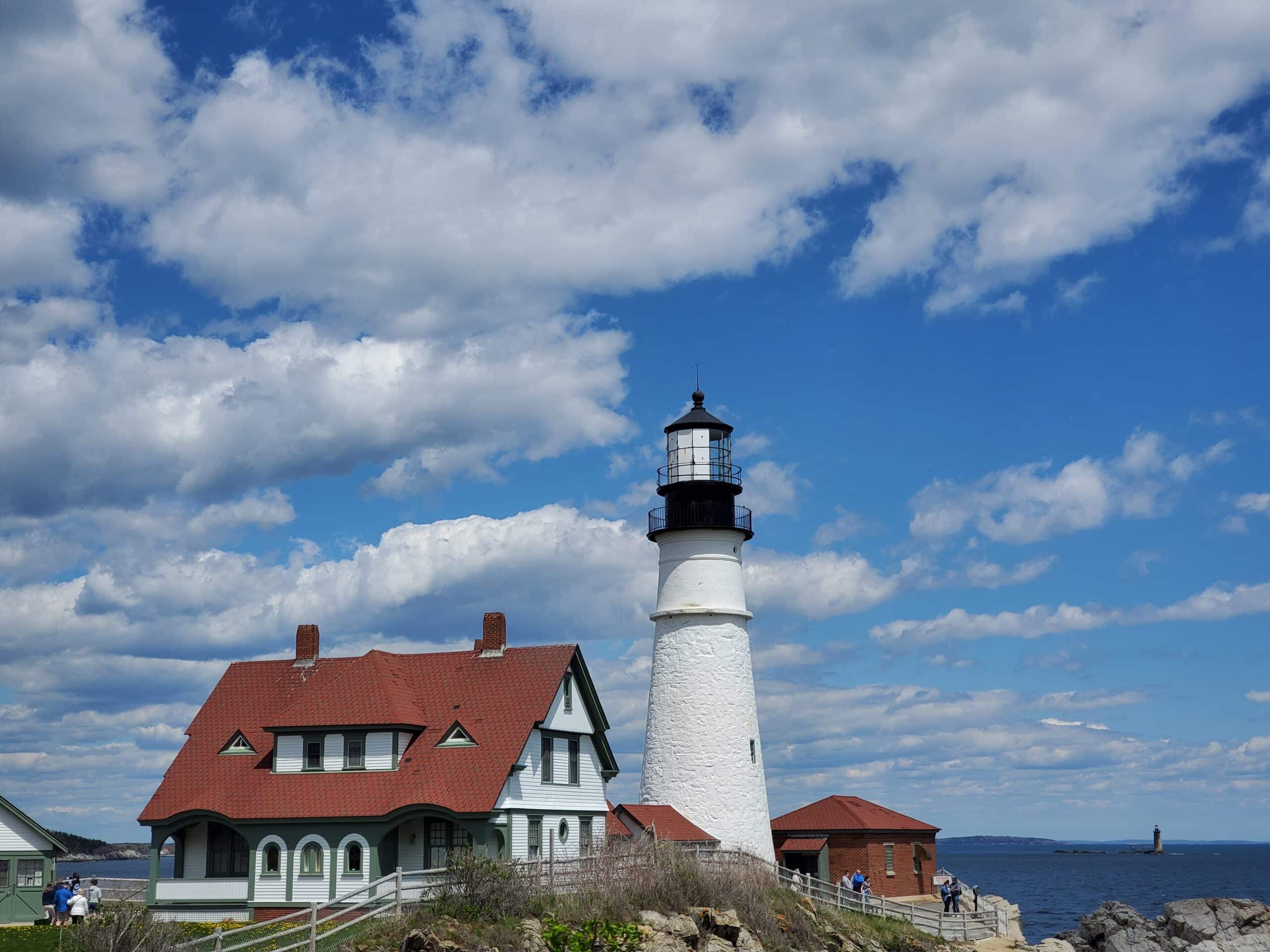 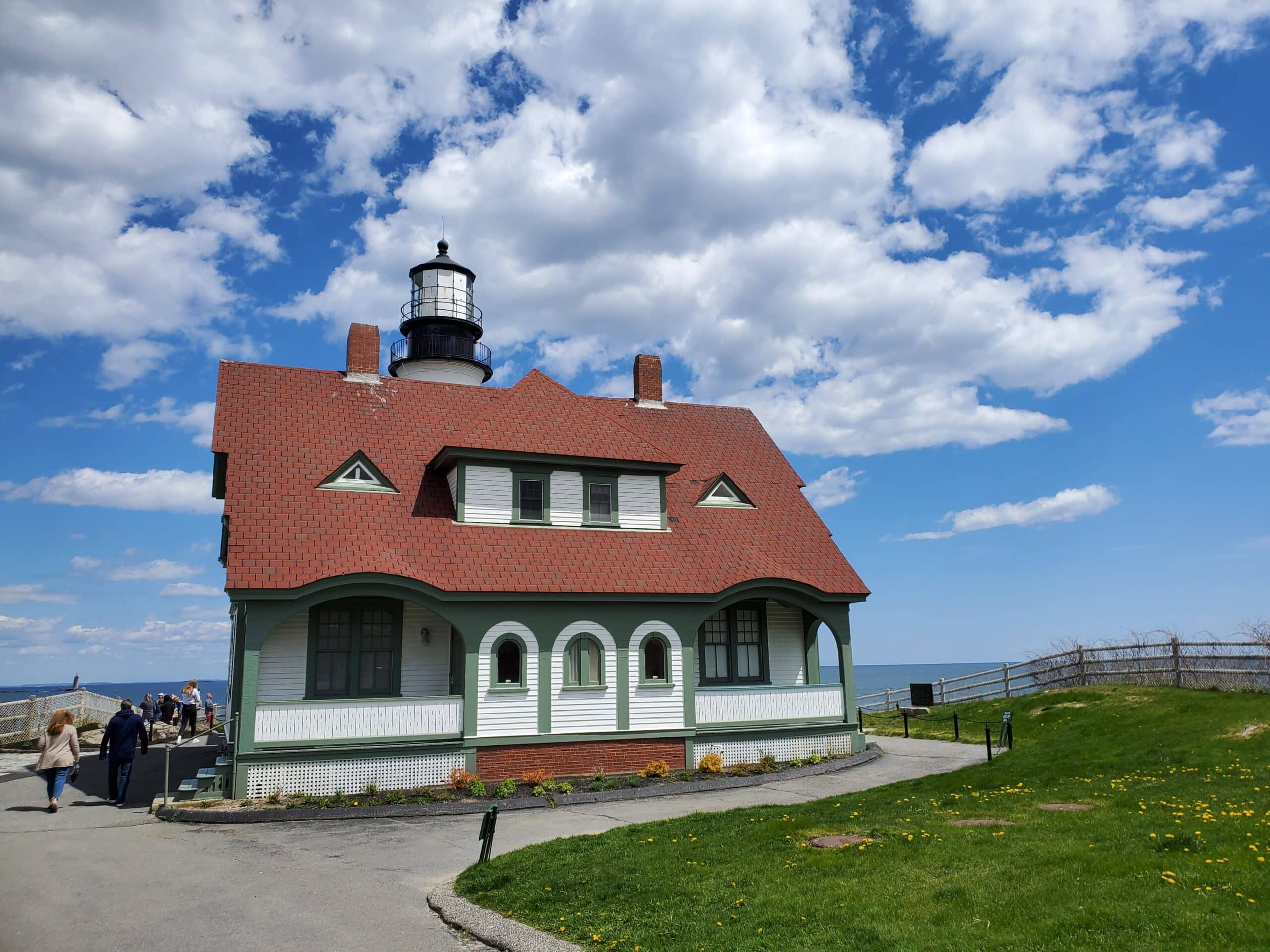 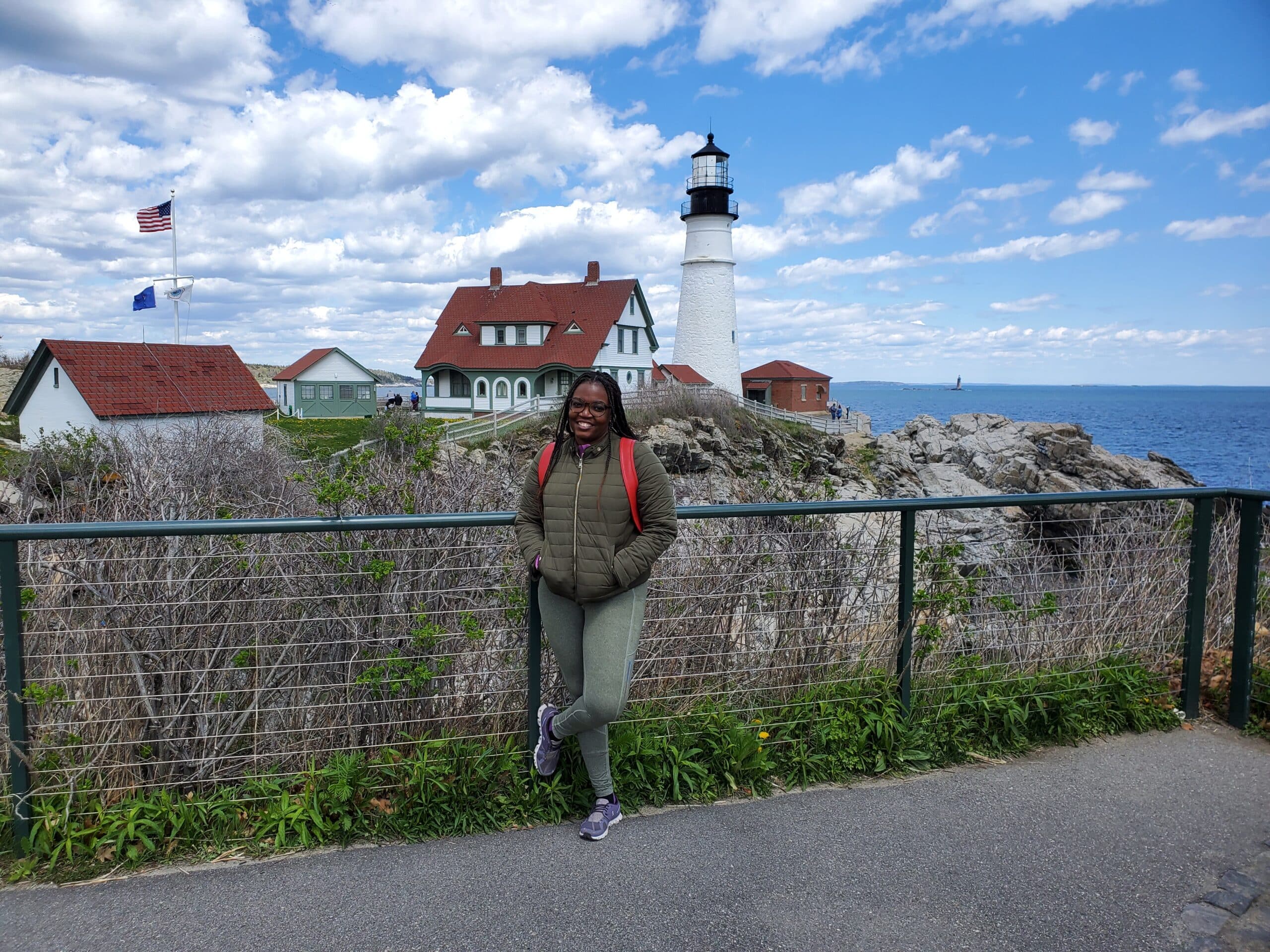 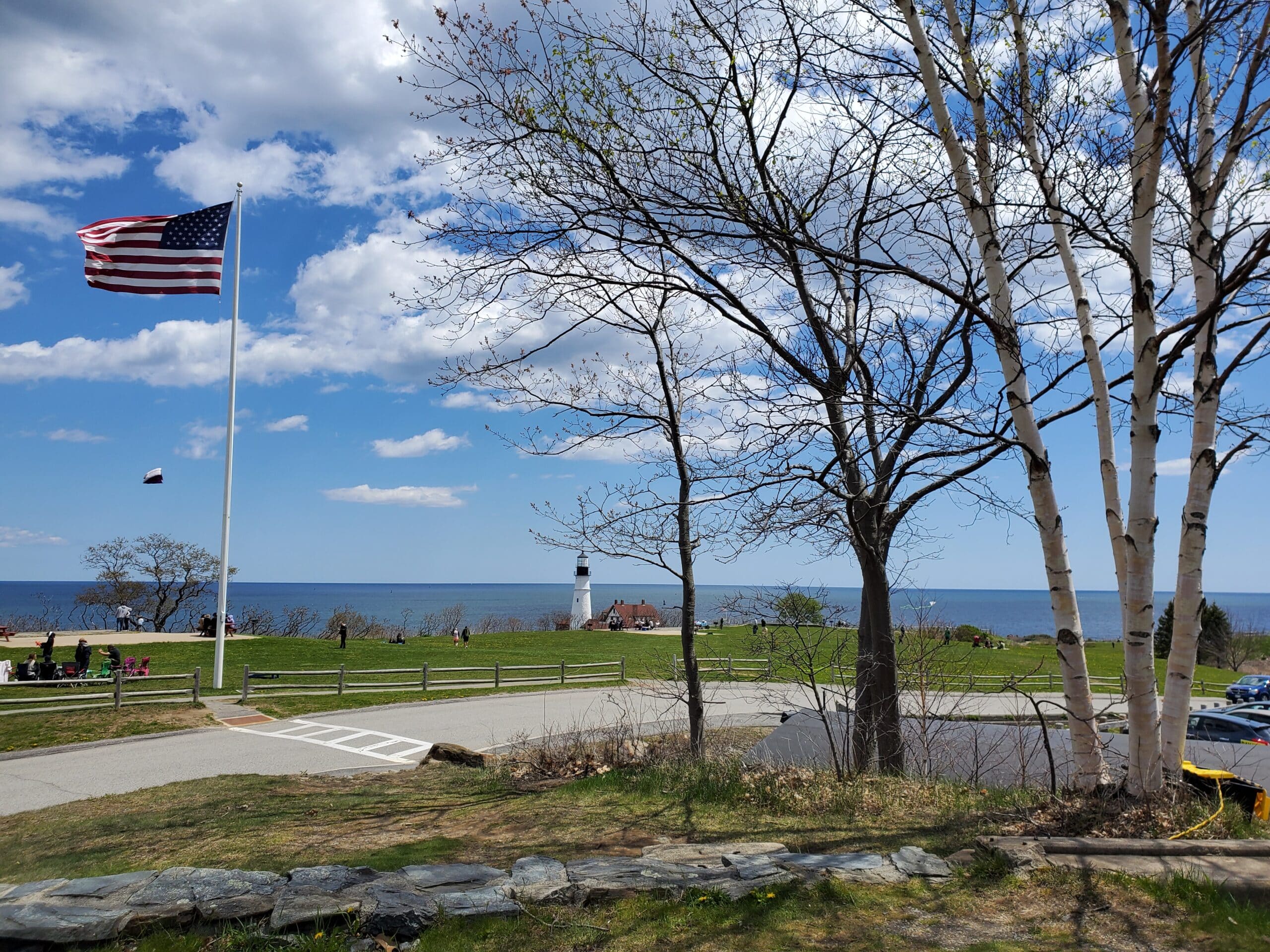 For the life, I don’t know how this happened, but I didn’t take a picture of the 5th lighthouse.  I don’t know if the wind got me, but the guide did point to it.    But, I do remember, we did stop for our lobster roll lunch.   I opted for the lobster roll with no roll and no mayo.  However, the lime juice and the ginger beer hit the spot. 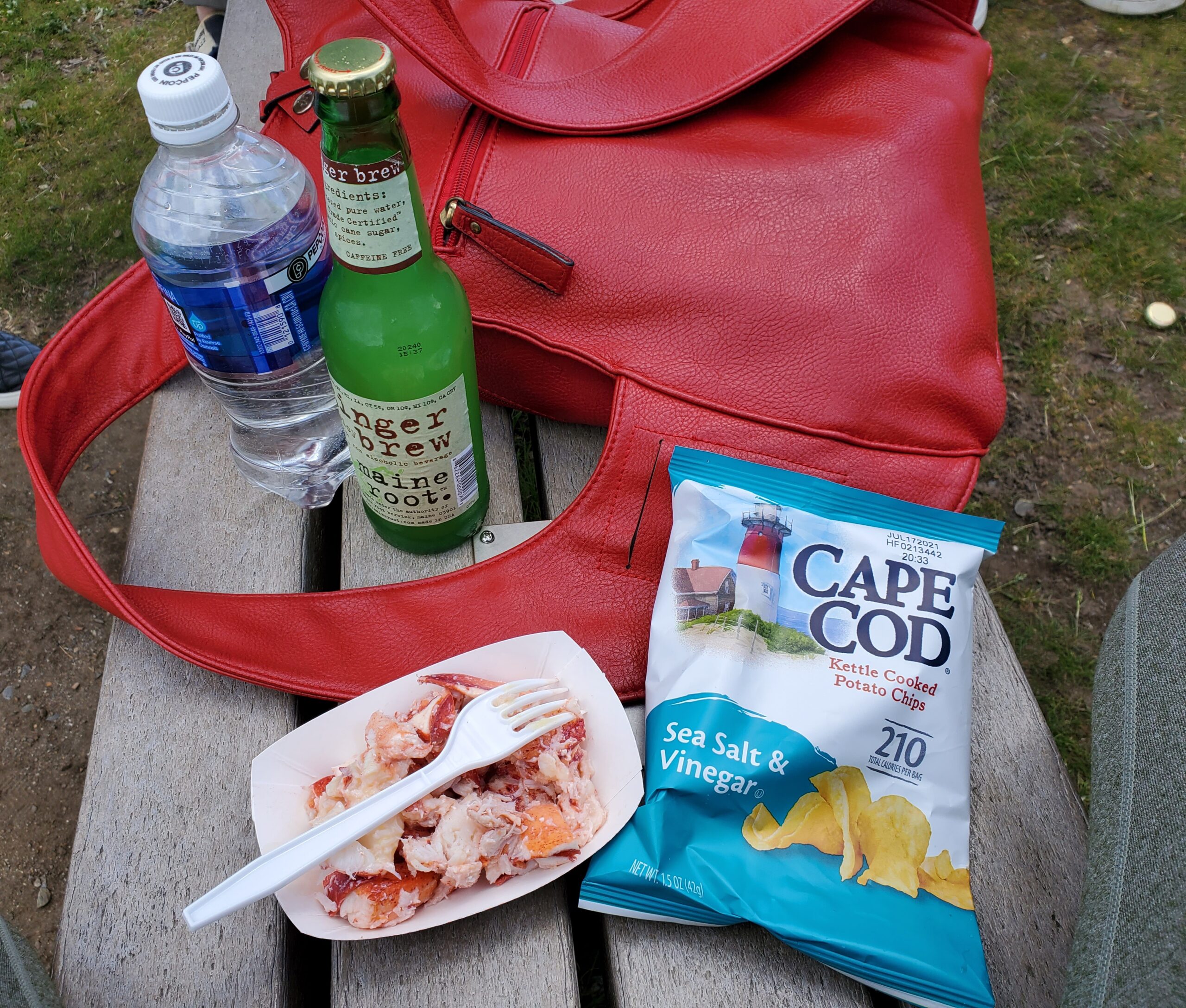 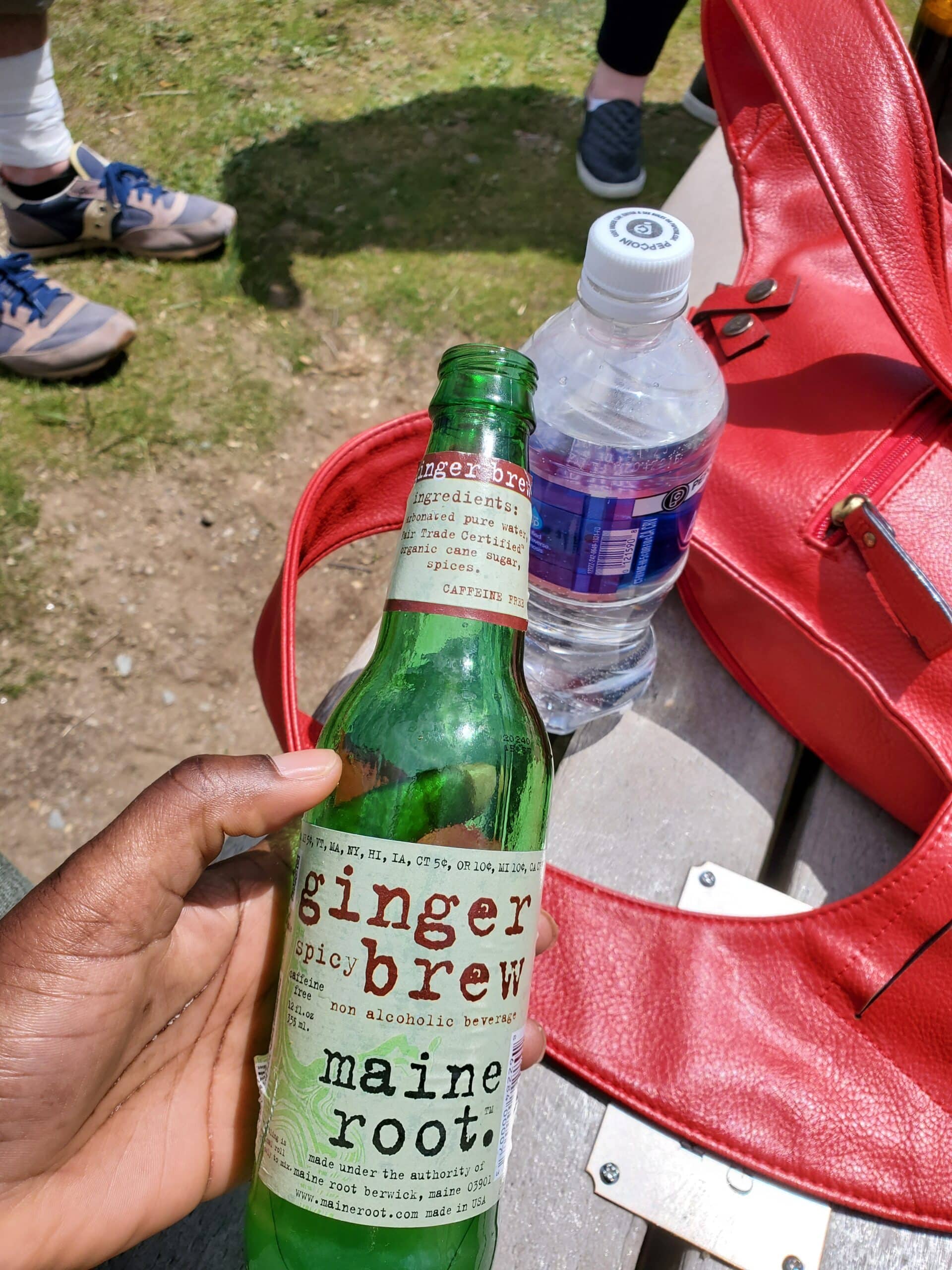 The bike tour was informative, fun, and active.  I did complain a little about the hills, but I was also proud of myself that I didn’t call Uber lol.   Anyway, if you ever decide to visit Portland, and you feel a little bit adventurous, sign up for a bike tour.    Our group of six had a great time. 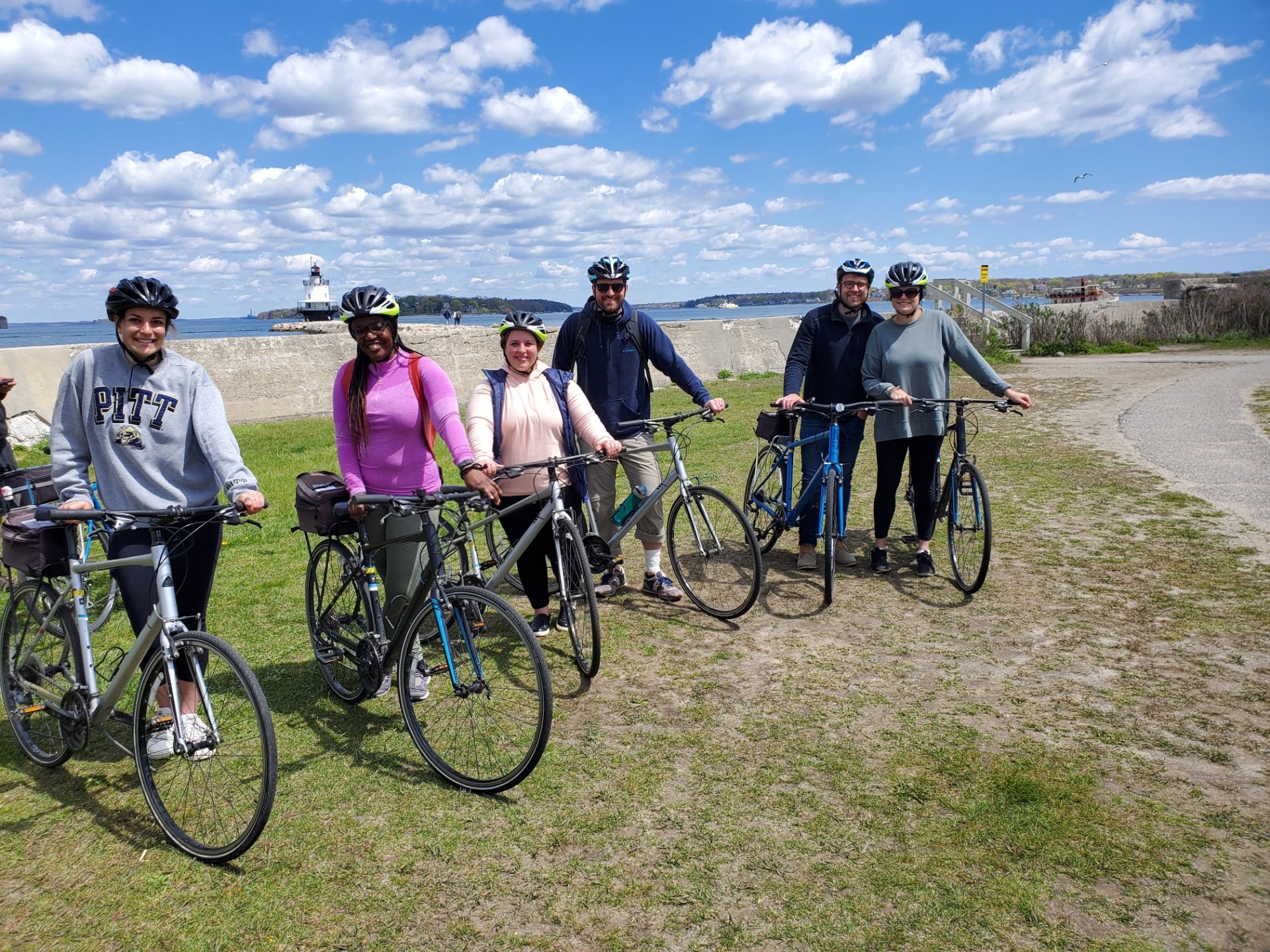 Thank you so much for reading this blog and joining me in my adventures! Make sure to check out my other blogs and contact me when you are ready to travel domestically or internationally. I am here to you to curate a trip for you and your friends and family.

Heading back to the Sunshine State/Magic City to c

Fall is almost here and I look like a crossing gua