Things to do in Miami: Helicopter Ride

It is New Year’s Eve and the plan was hit the nightlife of Miami later that evening.  The night before I decided to go to Bikram Yoga for a 90-minute workout.  (You know to look slim in the NYE dress 🙂 )  However, I woke up with some energy.  So I text a friend around 7 am about doing a helicopter ride.  Who does that?  I wanted to end the year with a bang!

As I was waiting anxiously for 9:00 am (when it opens),  I made a run to Dunkin Donuts and had my car wash.  Remember, I said I had energy.  Anywho, I called to see (1) if they were open on New Year’s Eve and (2) if they had availability.  I guess when they answered on the first ring, it was open lol.   I spoke to the young lady and told them that I had a Groupon deal for $75 and if they had any availability for three people.    Well, guess who was going on her first helicopter ride at 2:00 pm on New Year’s Eve!

There were several options available on Groupon.  I initially called about the Miami Tour for $75.   In the fine print, there is an extra $15 for the helicopter fee.  Basically, you are paying $90.  Here is the deal https://www.groupon.com/deals/miami-helicopter-inc

Per Miami Helicopter website, they are “extremely proud of our reputation as one of the safest providers of Miami helicopter tours and charter flights. The staff and pilots at Miami Helicopter Inc are industry certified by the Federal Aviation Administration (FAA) and have numerous years of experience flying in the Miami, FL area. The FAA works hard to reduce aviation risk every year. According to their website, most serious helicopter accidents are weather-related, as opposed to being the result of pilot error.  At Miami Helicopter, we have stringent standards in place to ensure the continued safety of each helicopter in our fleet, as well as the passengers they take up to enjoy stunning views of the city every day.”

The Taste Of Miami Helicopter tour is more than just a taste, starting out you fly by Sun Life Stadium and Aventura Mall, just to name a few. Once you reach the coast you will fly along Hallandale Beach, Golden Beach, Sunny Isles and Haulover Beach. Fly over Bal Harbour as you make your way back over land.

The Golden Beaches Tour includes the attractions from our Taste of Miami Tour and much more. Instead of turning back just after Haulover Beach, this flight will head further south passing by North Beach, Miami Beach and South Beach before making its way back up to Bal Harbour and heading back.

Our Grand Miami Tour has it all, in addition to the attractions from the Taste of Miami & Golden Beaches tours, and more. Continuing south after flying by South Beach, you’ll get to see Fisher Island, Virginia Key and Key Biscayne before you make your way back up to Bal Harbour near the end.

So now you have logistics of the helicopter.   Here is the first-hand experience.

We decided on the Golden Beach Tour because we wanted to see the beaches of Miami.  A helicopter ride wouldn’t be right without seeing why Miami is called the “Magic City”.  Please note we paid the Groupon price which only saved us about $25.  A discount is a discount.

The helicopter seats 4 plus the pilot and there is a weight requirement.   Can you imagine getting on the scale after eating a big lunch?  Yep, that is what happened to us.  The fear was real and we passed the weight requirement 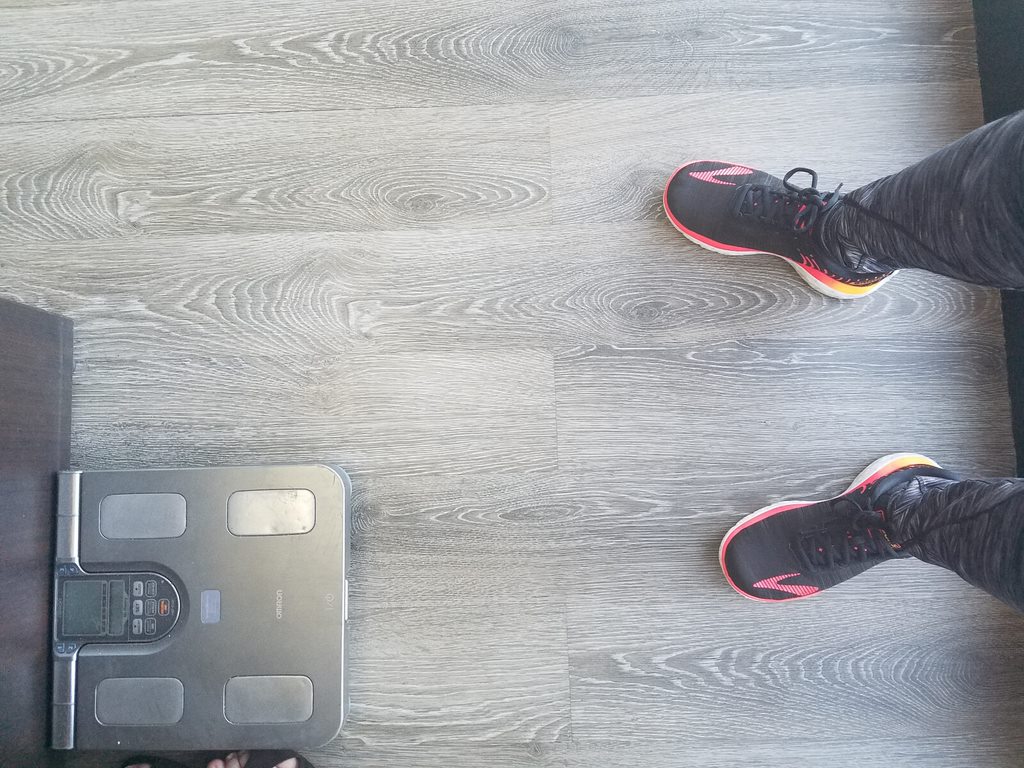 Afterwards was watching a 3-minute safety video and getting additional instructions regarding the helicopter.  The key points were to make sure to use the restroom prior to the ride, no bags or lose items are allowed, and on the runaway – no taking of pictures.   The no taking of the pictures on the runaway is strictly prohibited due to the security of the owners of the private aircrafts and your safety.

The staff is allowed to take two pictures of you in front of the helicopter prior to taking off.   The pictures are available for purchase:  $25 for a print copy or $35 for USB.  Recommendation:  Get the USB option as you can share with friends via text or on your social media accounts.

Once the pictures are taken, the loaders then place you (based on weight) in the helicopter with headphones and straps in your seat belt.  The headphones allow you and the pilot to communicate.   However, the conversation needs to be limited as they need to also communicate with air traffic control.    Guess who had the front seat!

Now it is time to take off and see the Miami.

All in all it was a great New Year’s Eve because it was something different and so much fun.  If you get a chance, make sure to do a helicopter ride in Miami. 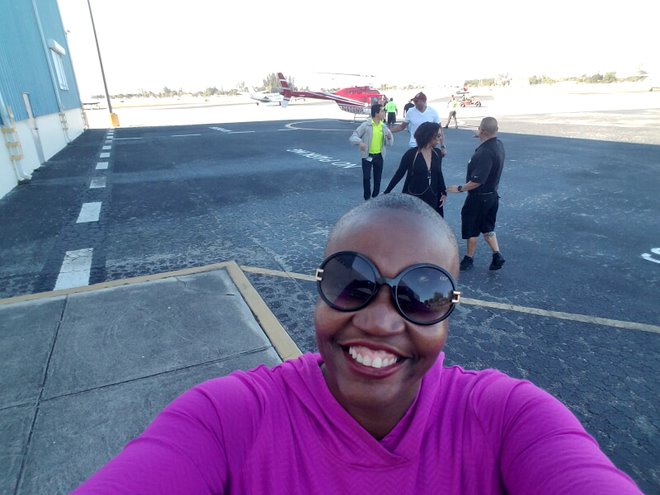 There is no barrier when it comes to travel . . .

Petite Page which means Small Beach. There was no

Do not disturb: Chill-laxing . . . #travel #caribb

Up in the Sky.... I actually enjoyed watching the

"The memories will last forever… just like the s