Photo Diary and Stories from Cape Town Part 3 of 6

I don’t even know where to begin!  There is so much history!  The second day was a cultural tour of Cape Town.  Our day started bright and early where I barely made it to breakfast before departing at 0830.  On the ride to our first stop, our guide who is a Black African gave us a history lesson on race relations as well as his personal history in Cape Town.  Did you know there were three types of ethnic group:

With this knowledge, we explored and learned about several areas in Cape Town and how apartheid and slavery had an impact.

Bo-Kaap is a historic Cape Town neighborhood characterized by brightly painted houses and unique local culture. Formally known as the Malay Quarter, the district is rooted in Malaysian, African, Indian, and Sri Lankan culture, largely a result of the descendants of the slaves who were brought over by Dutch imperialists in the 16th and 17th centuries. 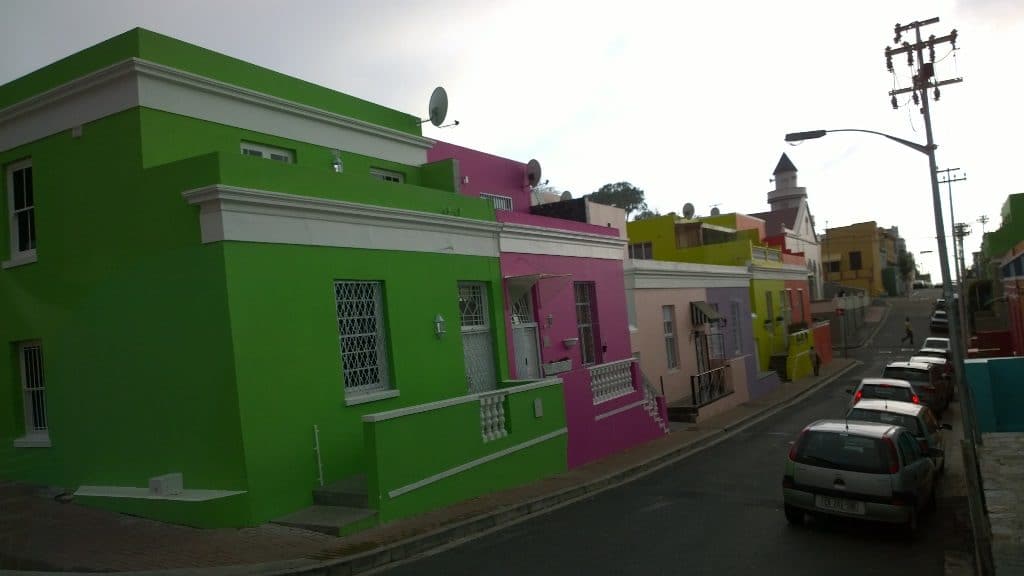 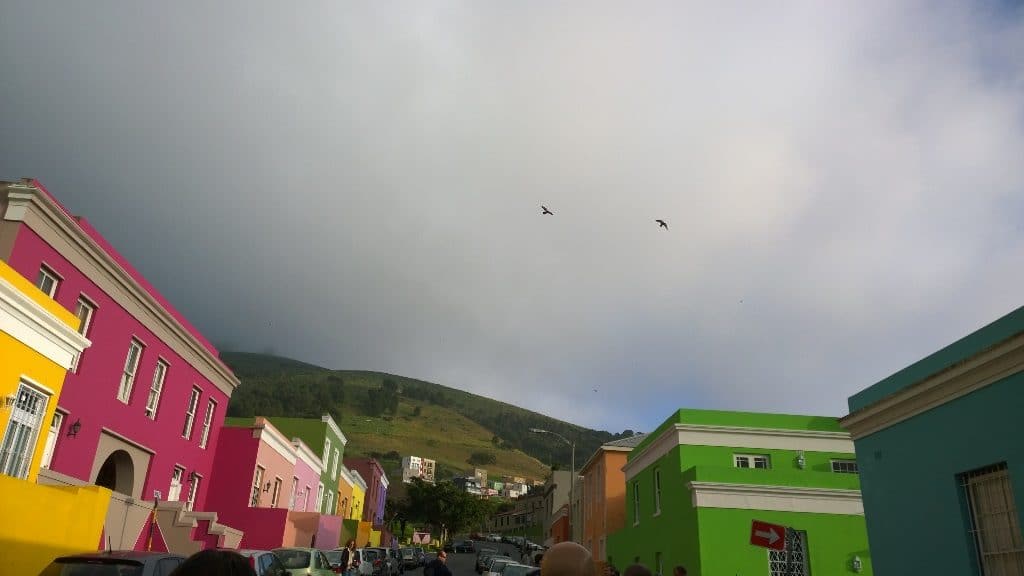 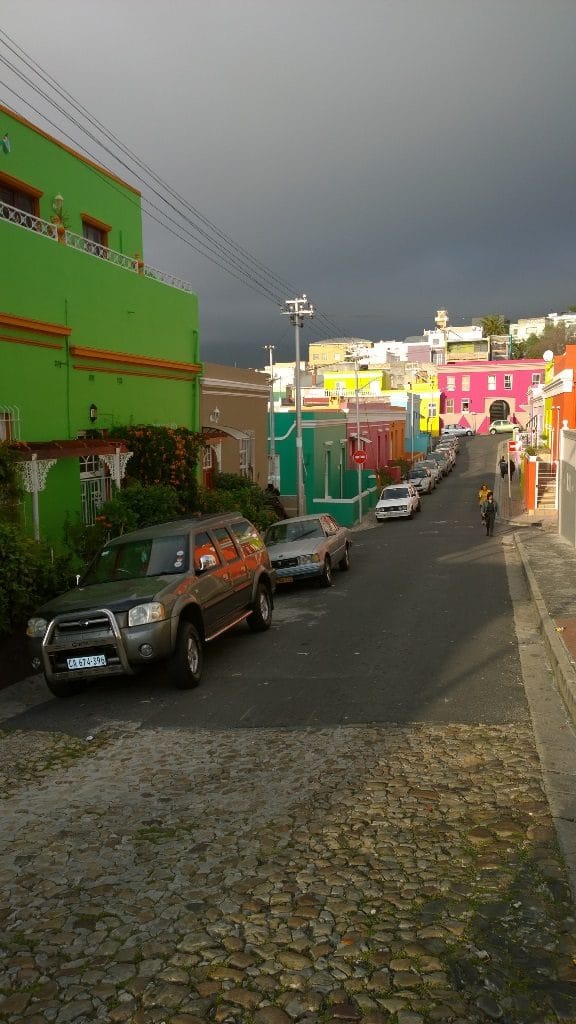 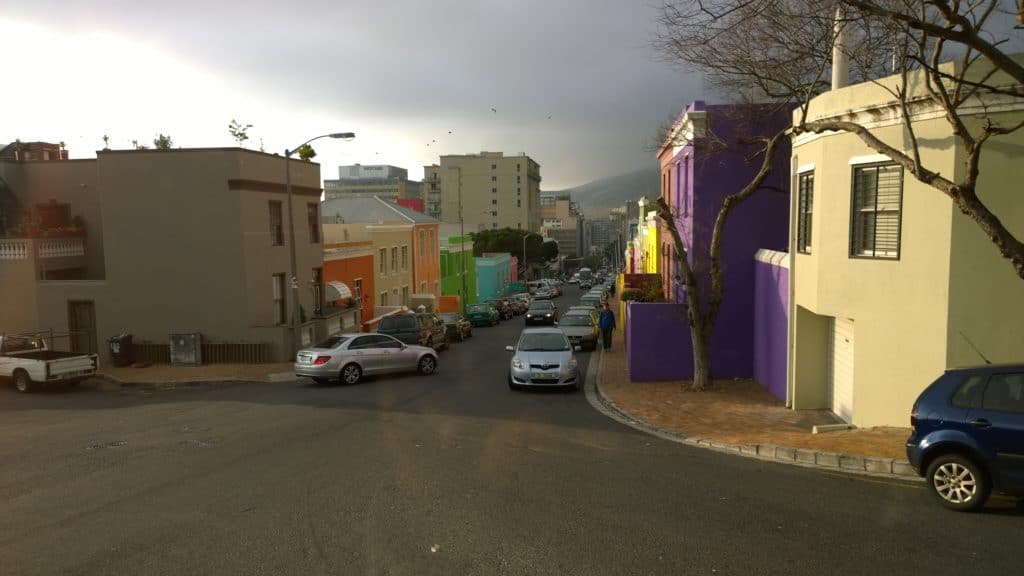 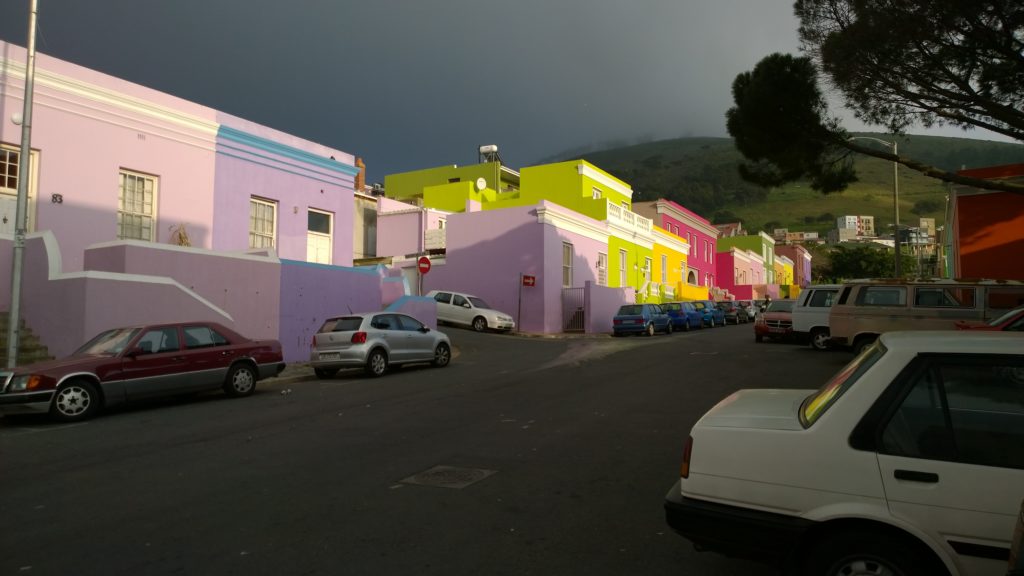 The museum, which dates back to the 1760s, is the oldest house in the area still in its original form.  The museum exhibits the lifestyle of a prosperous 19th-century Cape Muslim family along with black and white photographs of daily life in the area 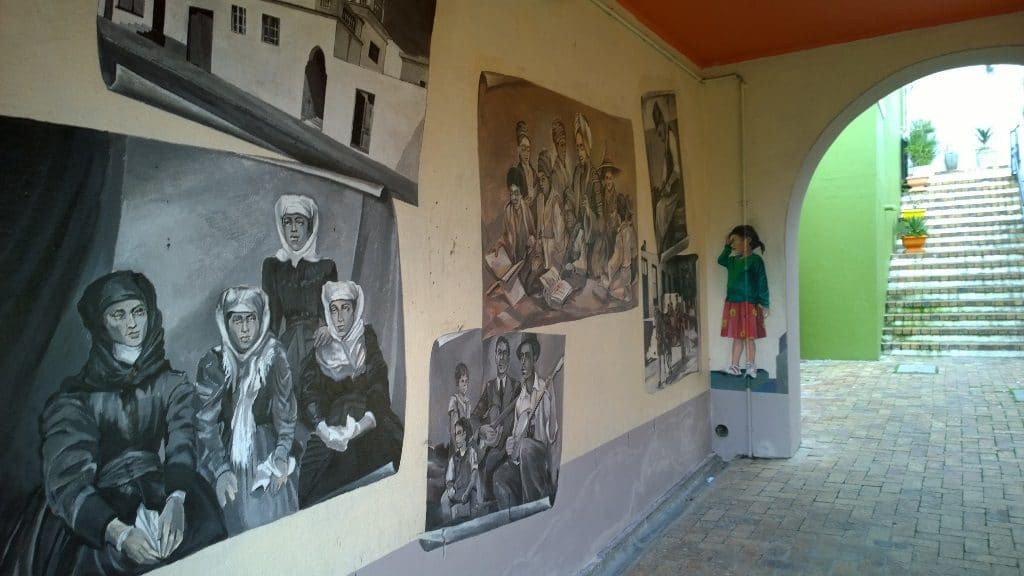 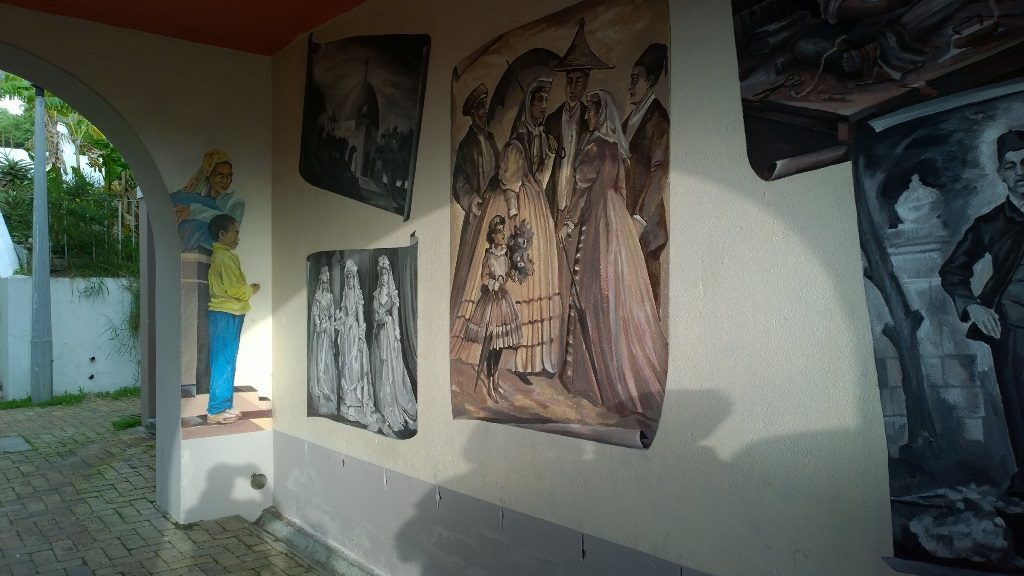 “District Six was named the Sixth Municipal District of Cape Town in 1867. It was established as a mixed community of freed slaves, merchants, artisans, labourers and immigrants,

District Six was a vibrant centre with close links to the city and the port. By the beginning of the twentieth century, however, the process of removals and marginalisation had begun.

The first to be forced out were black South Africans who were displaced from the District in 1901. As the more prosperous moved away to the suburbs, the area became a neglected ward of the city.

On 11 February 1966 it was declared a white area under the Group Areas Act of 1950, and by 1982, the life of the community was over. More than 60,000 people were forcibly removed to barren outlying areas aptly known as the Cape Flats, and their houses in District Six were flattened by bulldozers.

The District Six Museum, established in December 1994, works with the memories of the District Six experience and with that of forced removals more generally.” — cited from http://www.districtsix.co.za/ 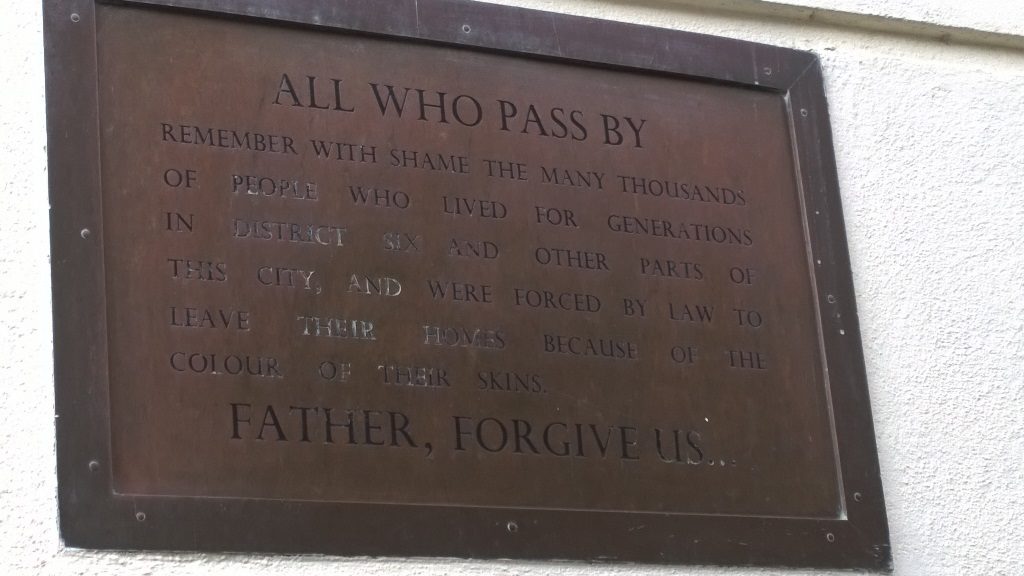 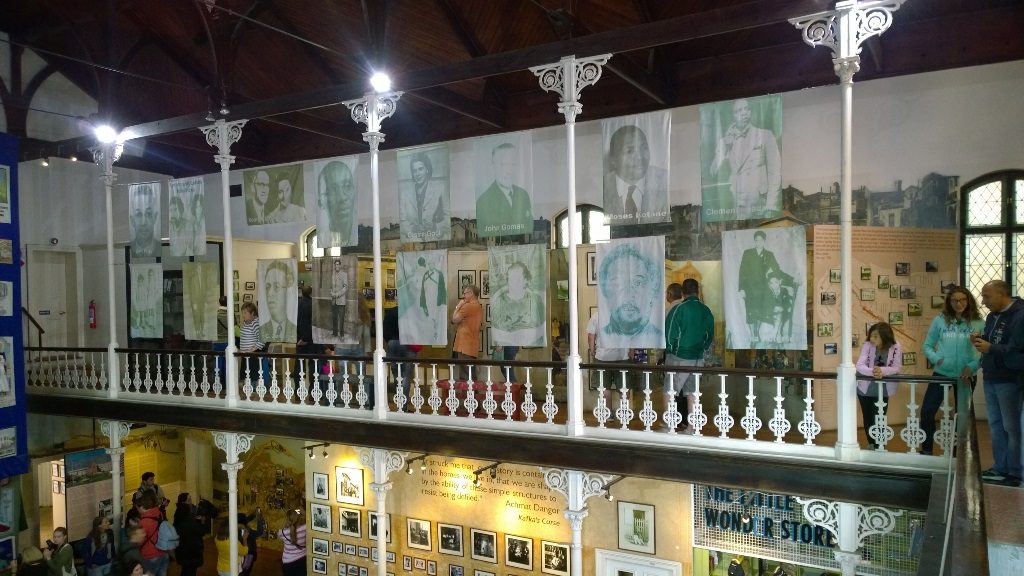 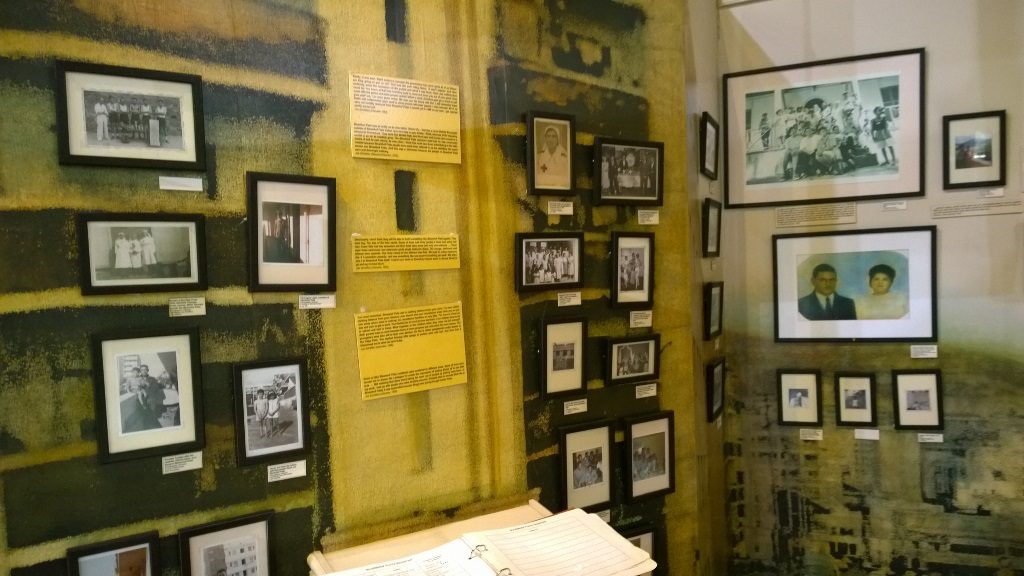 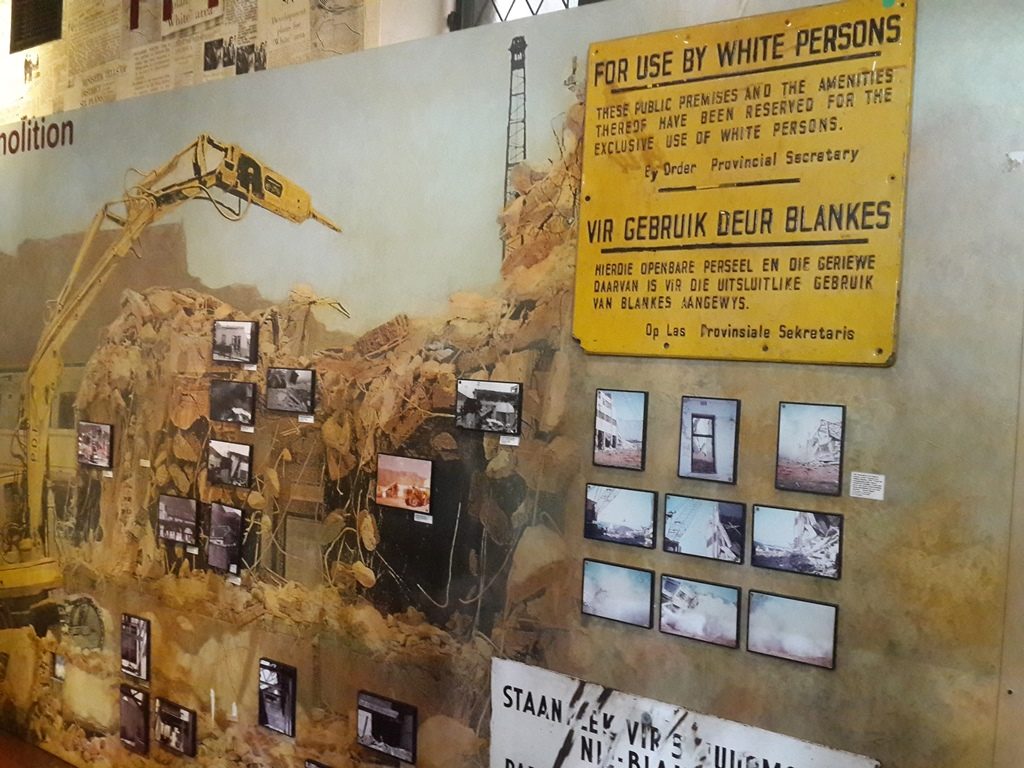 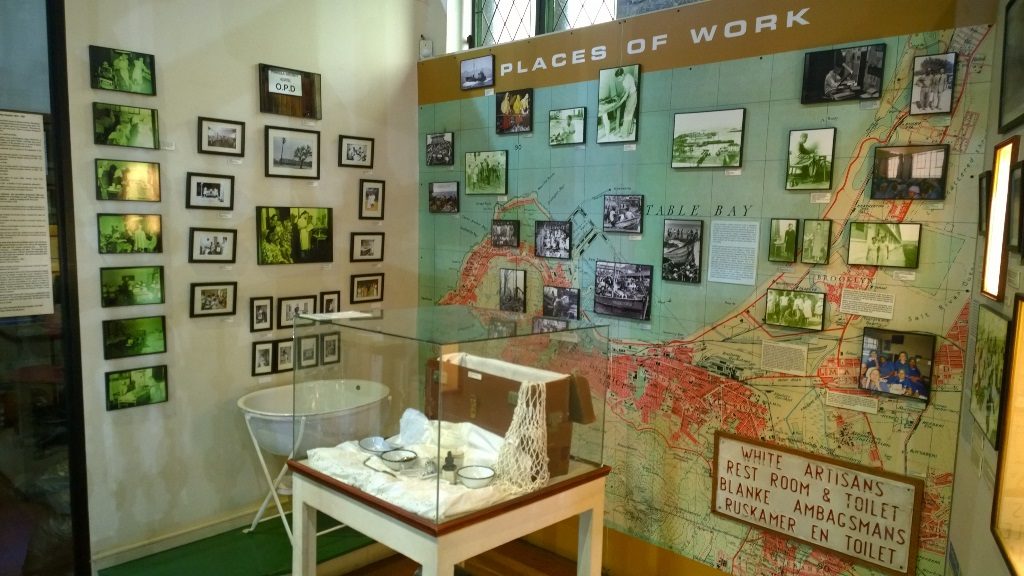 As we left the museum, this graffiti/mural caught my attention.   The 90-80-70-60 represents apartheid through the decades.  In 90, you see Nelson Mandela.  Just Powerful! 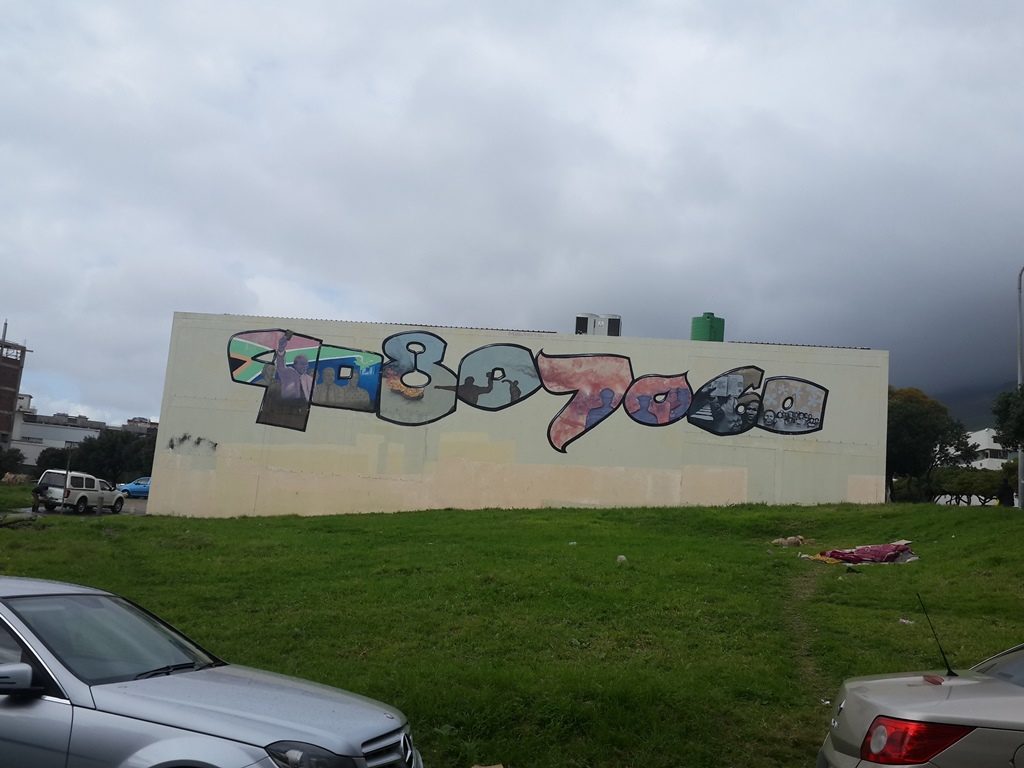 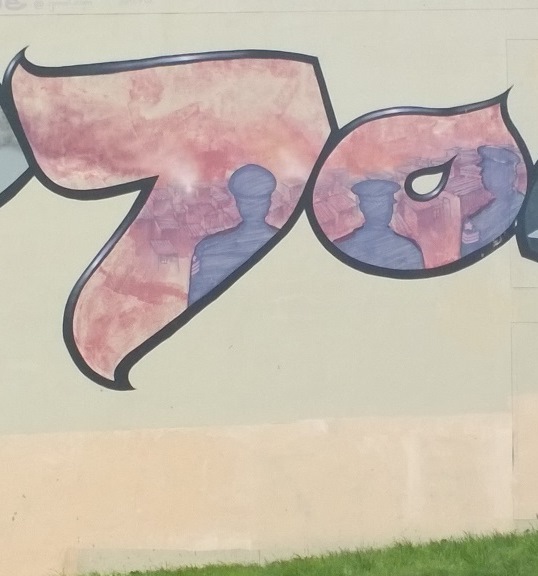 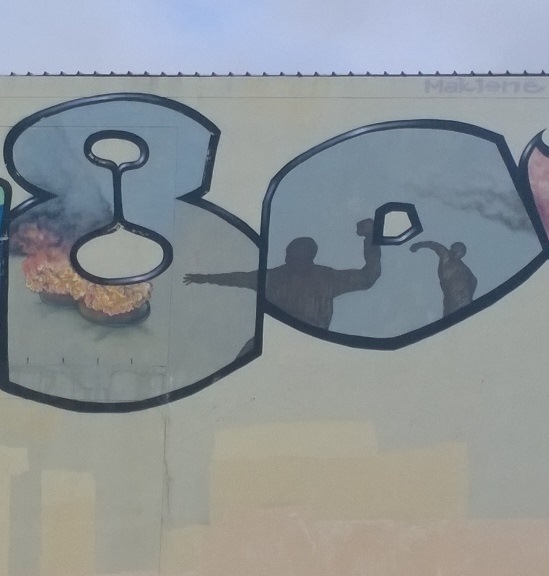 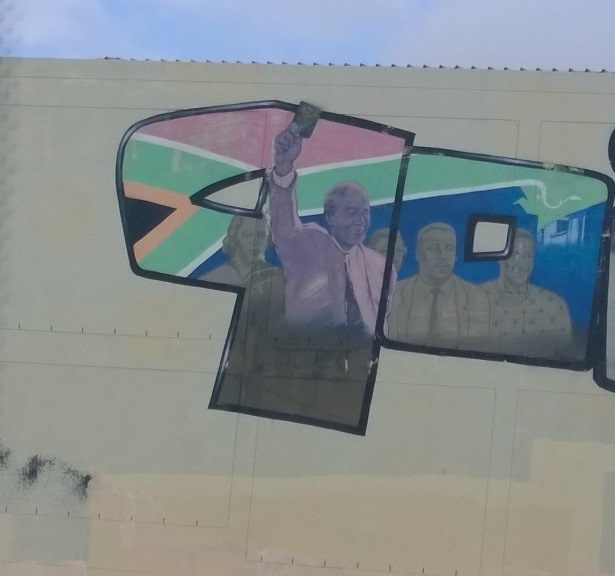 Langa was established in 1927 and was one of the many areas in South Africa that were designated for Black Africans before the apartheid era. It is the oldest of suburbs in Cape Town and was the location of primary resistance to apartheid. Langa Mosaic Plinths are four colorful, mosaic-decorated plinths. Each side of the plinths has a different theme: one is the only memorial to the Mendi, a troopship that sank in the English Channel in 1917, drowning 607 members of the South African Native Labour Corps. Wow!  So much was covered in just half a day.  More to come in the day and life of the people in Part 4 of Photo Diary and Stories of Cape Town.