Chasing the Sunrise at the Piers

About a month ago, I started to wake up before sunrise and I could go back to sleep. I thought about just laying in bed until the sun came up or I got sleepy again. Then I had another thought about why not catch the sunrise on Fort Lauderdale Beach. I’ve been meaning to do this since I moved but it never happened. Well, it finally happened. It was so cloudy that morning but I was able to get a glimpse and it was so beautiful. 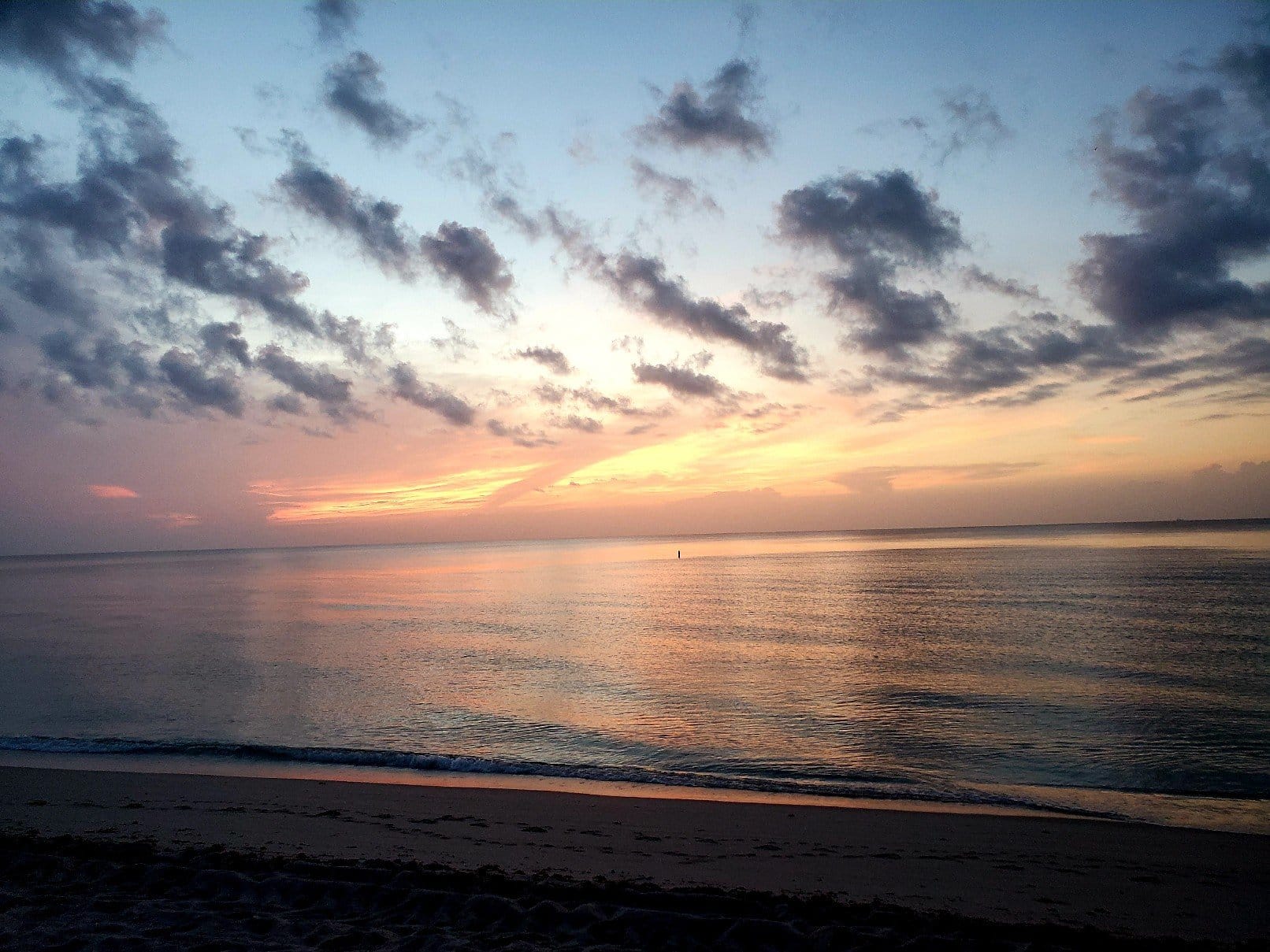 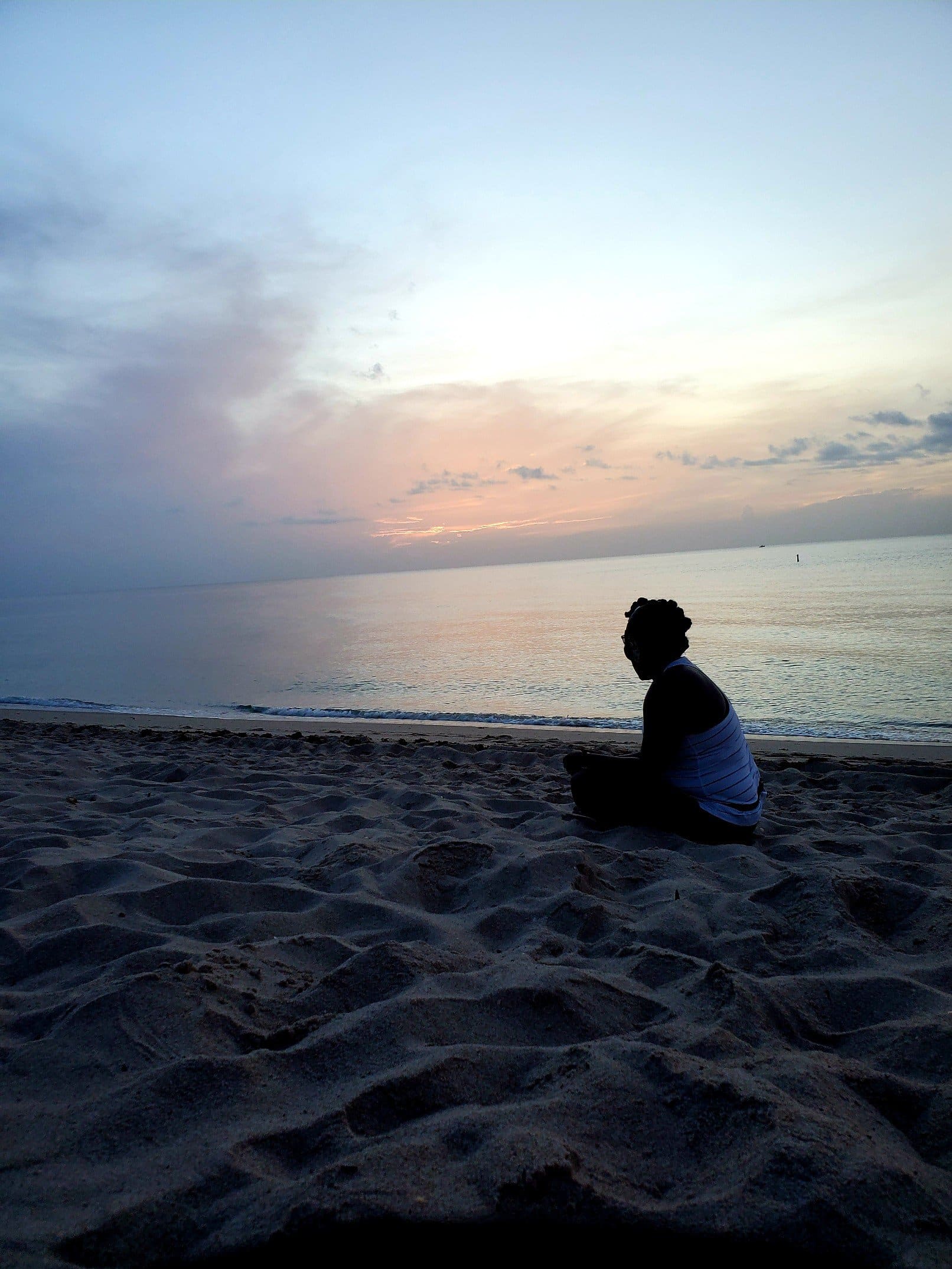 Then the following Friday, I wanted to catch another sunrise but at a different spot. Did you know that Florida has 663 miles of beaches? I had no desire to explore all of those beaches 🤣, but I could visit the beaches in Broward County that has a fishing pier and so it began.

Dania Beach Fishing Pier is a 974-foot jetting out across the Atlantic Ocean and is occasionally surrounded by manta rays, barracuda, or even some shark fishing. The pier was rebuilt in 1994 and is lit for night fishing. The Dania Beach pier has a small shade structure near the end, benches, restroom, and fish cleaning tables.

The pier is located in the city of Dania Beach which is between the city of Hollywood Beach and Fort Lauderdale. Dania Beach was the first city that was included in Broward County in the 1880s. It started as a settlement called Modello. Around the start of the 20th century, most of the residents were of Danish ancestry who changed the name to Dania. However, in 1999, it was renamed to Dania Beach. 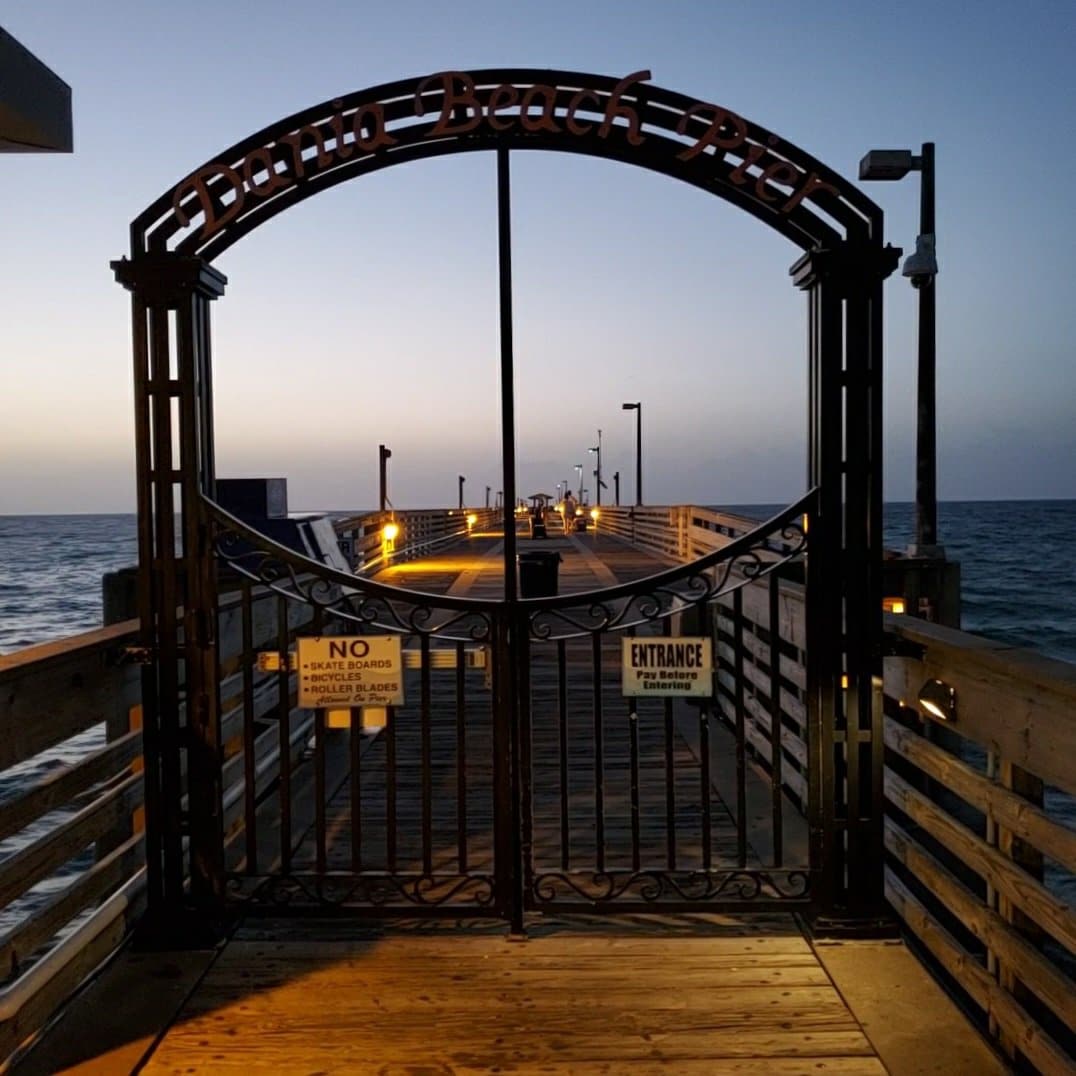 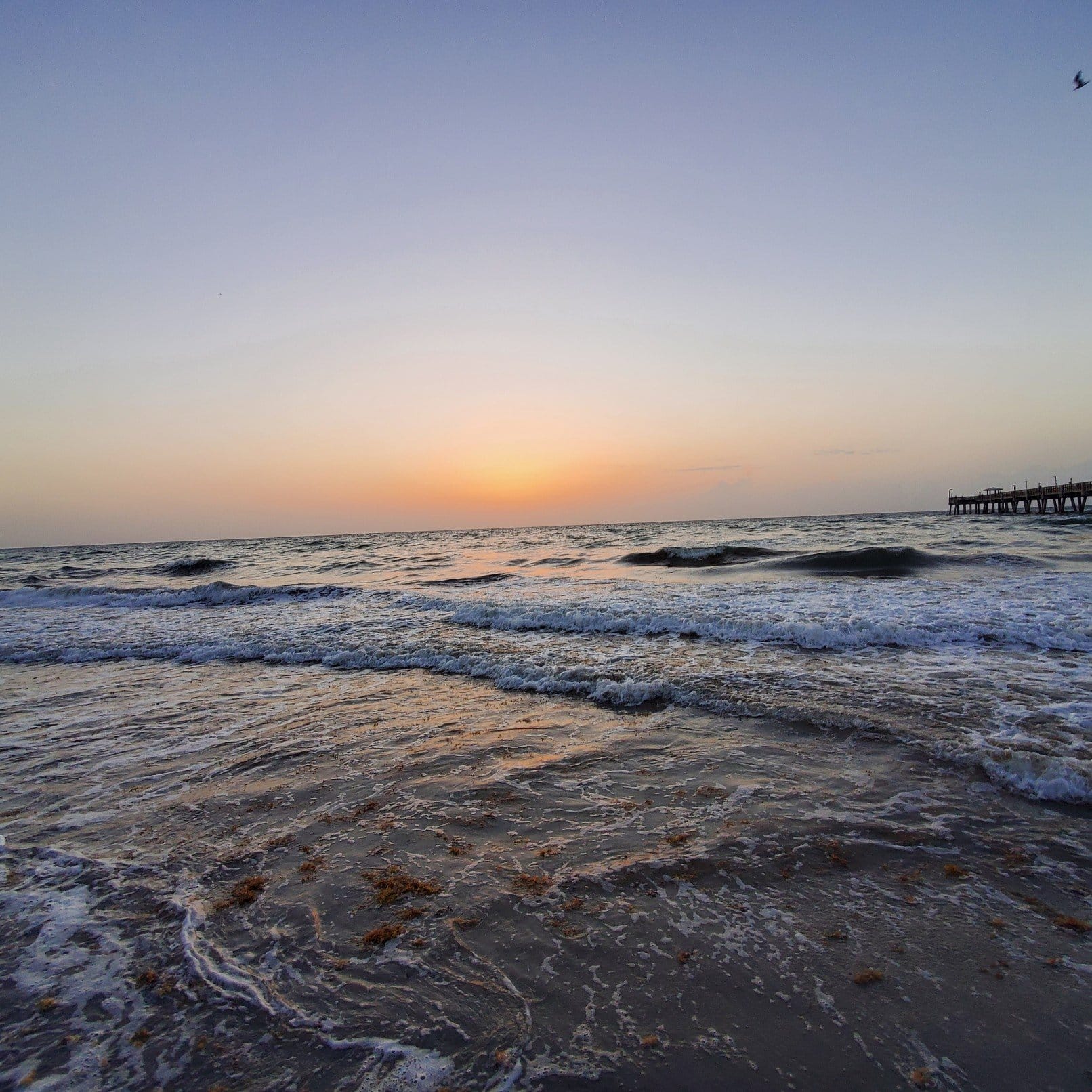 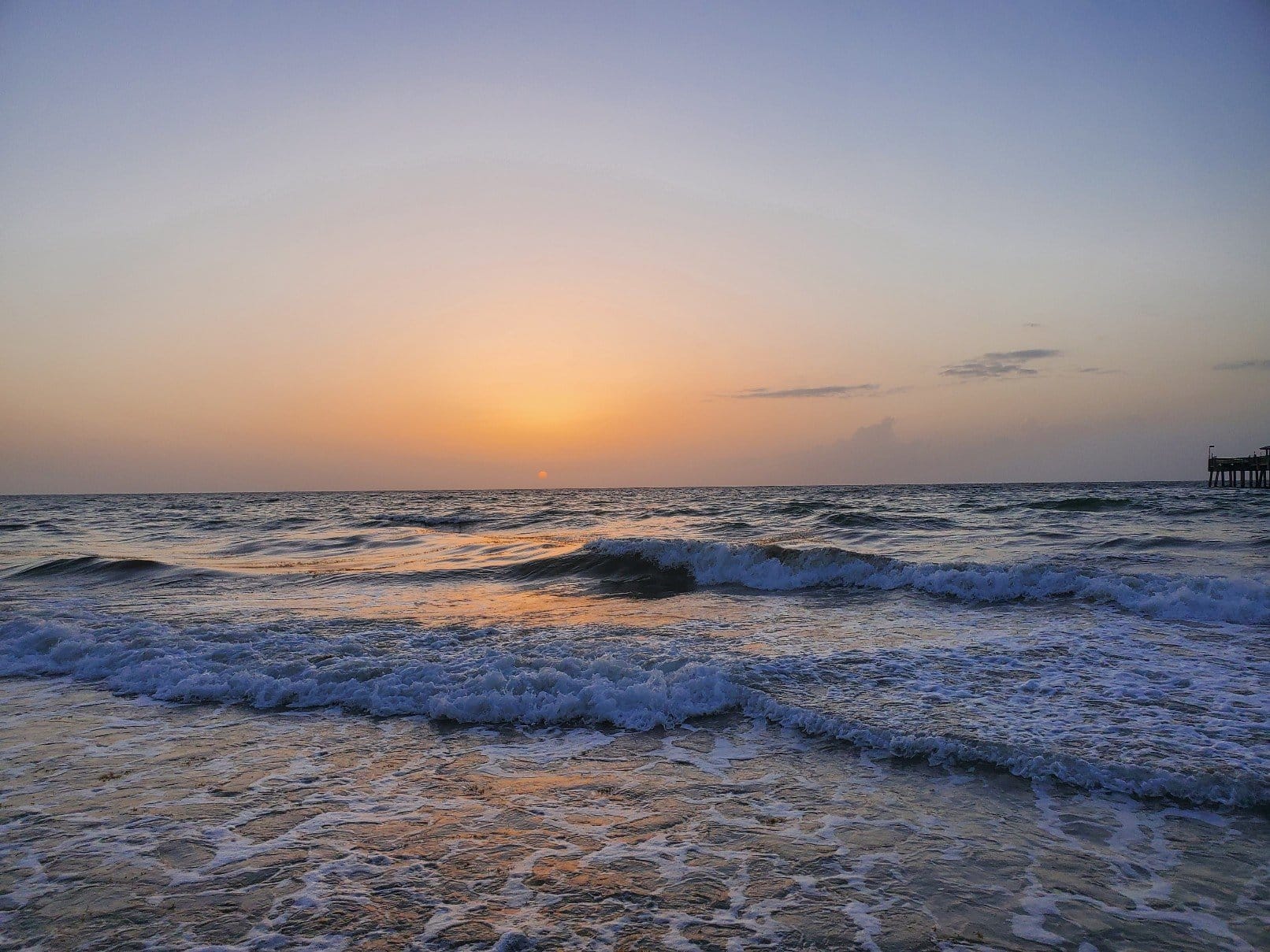 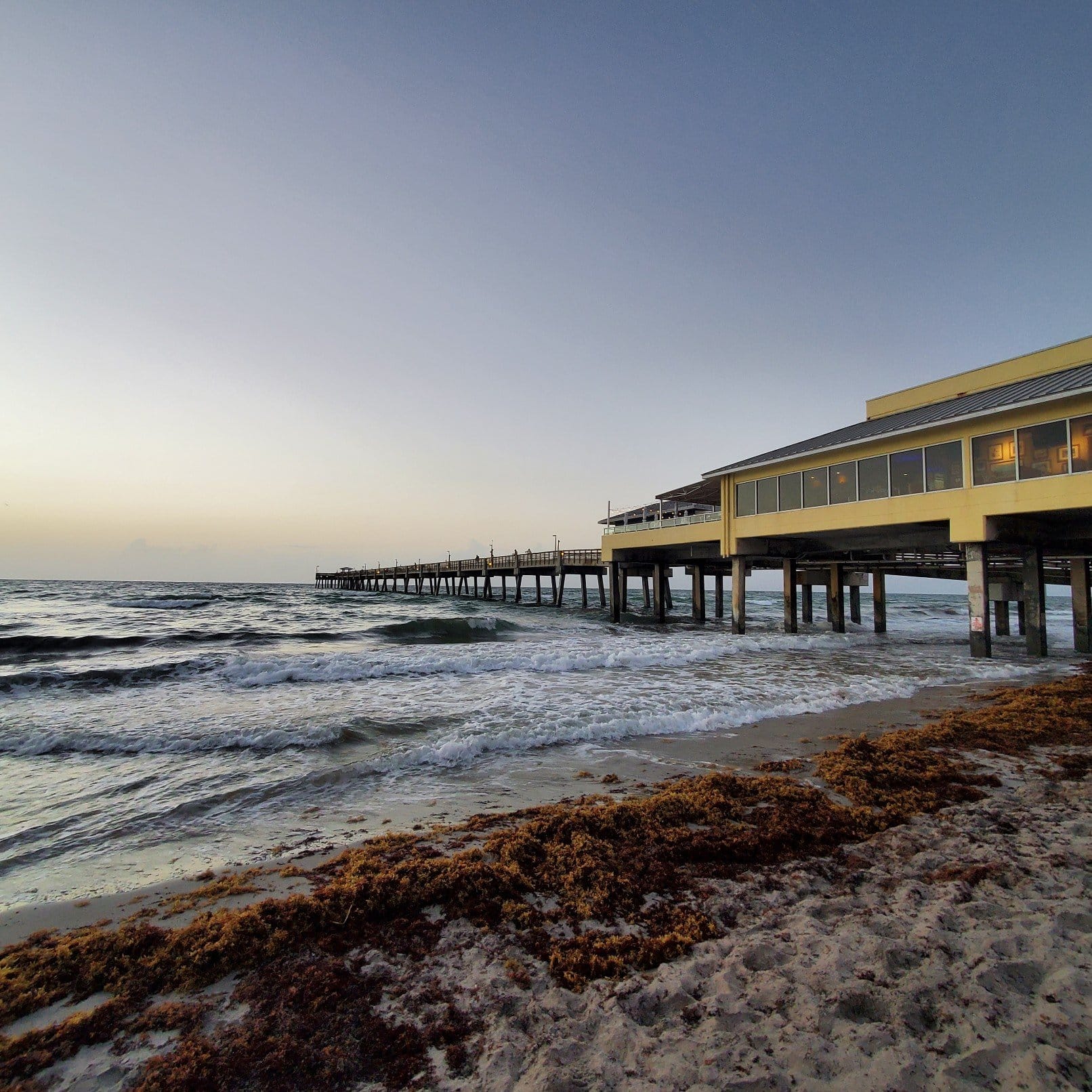 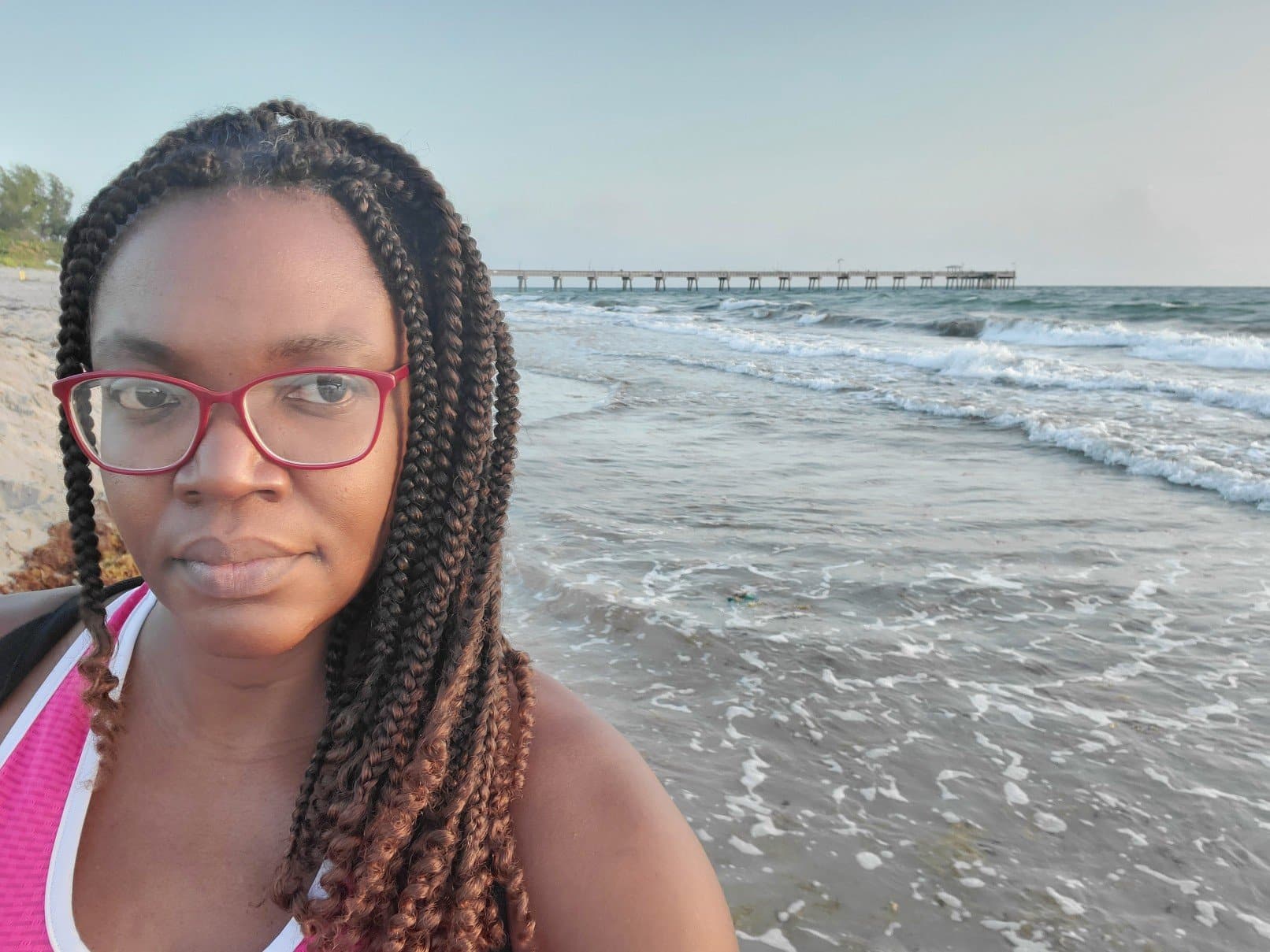 I considered Dania Beach pier a hidden spot. I would constantly drive through the municipality but had no idea there was a pier. With the help of Google, I found this hidden gem. It is very quiet and the best part not a lot of people. 😊

The Pompano Beach pier remodeling was completed in June 2020. The pier is different from the other Broward county piers. It is 896 feet long (same length as before), four feet higher than the old one so it can withstand the sea level rise and storm surges. The pier is also roughly 50 percent wider than the old one to help to make it safer sightseers and fisherpersons. The TEE end of the pier is shaped like a Pompano, the fish that the city was named after.

The pier is located in the city of Pompano Beach which is in the northern portion of Broward County, about 8 miles north of Fort Lauderdale. Did you know that Pompano is centrally located between Miami and PalmBeach (about 35 miles away from each city)? 🤔 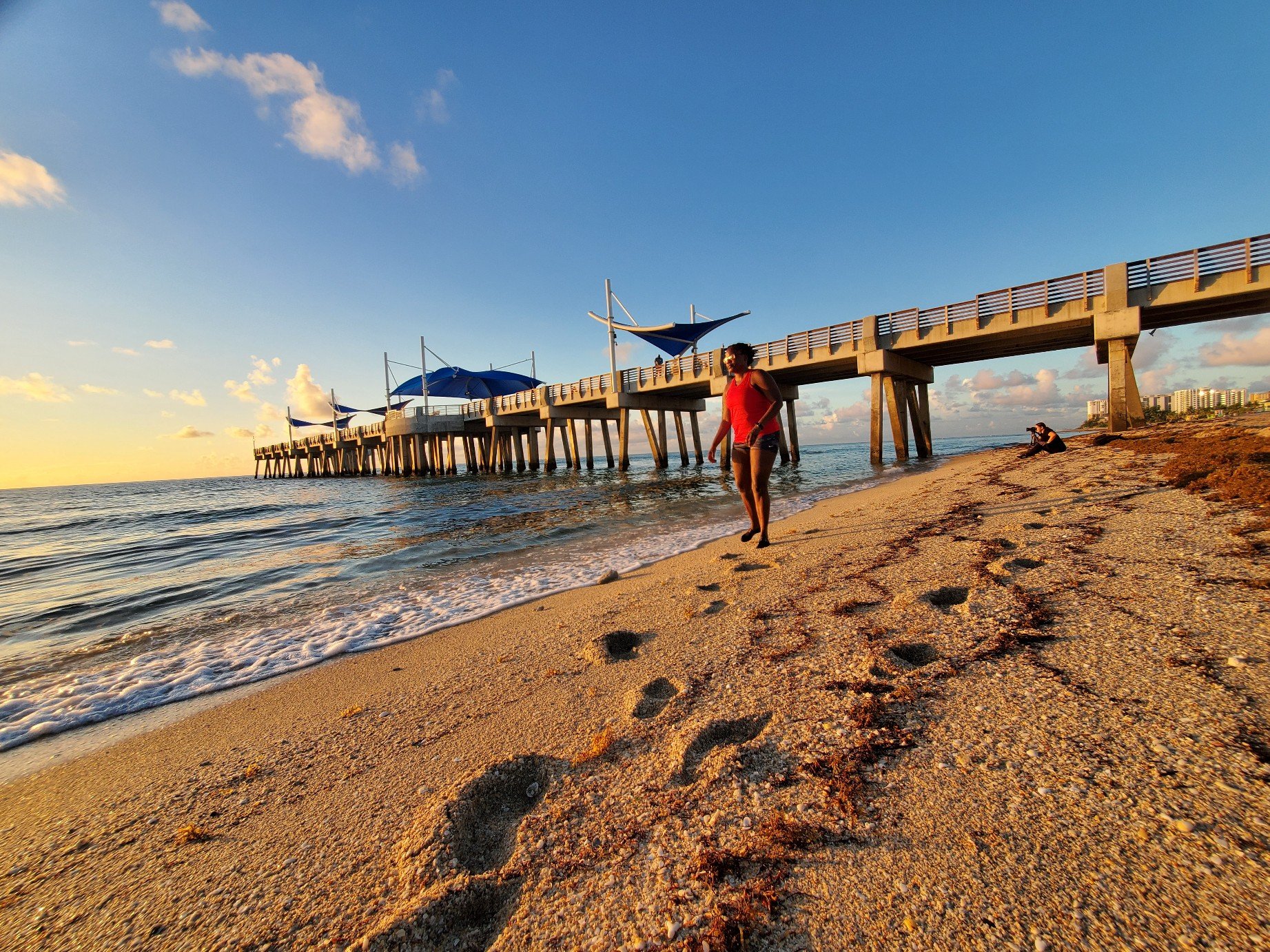 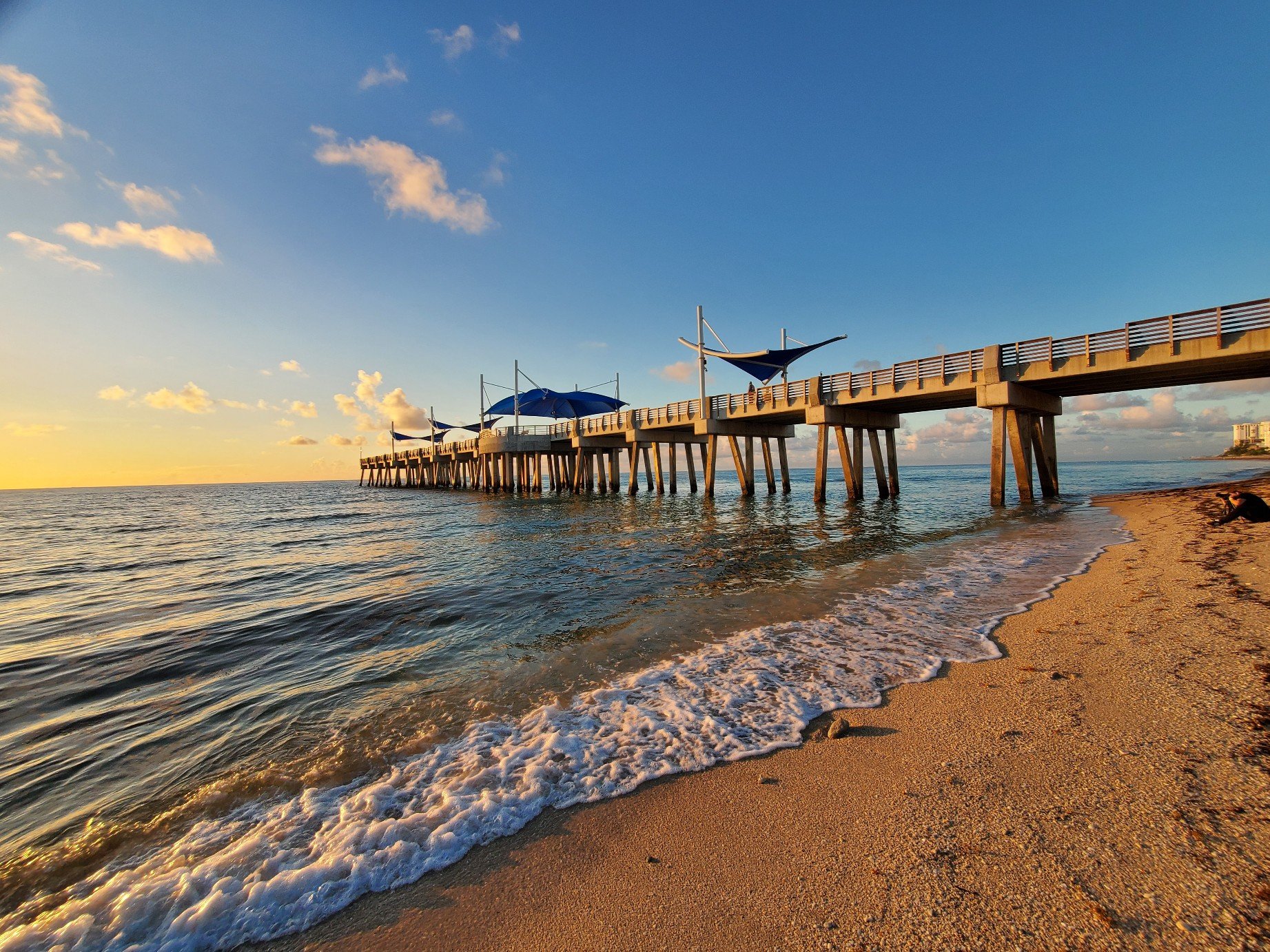 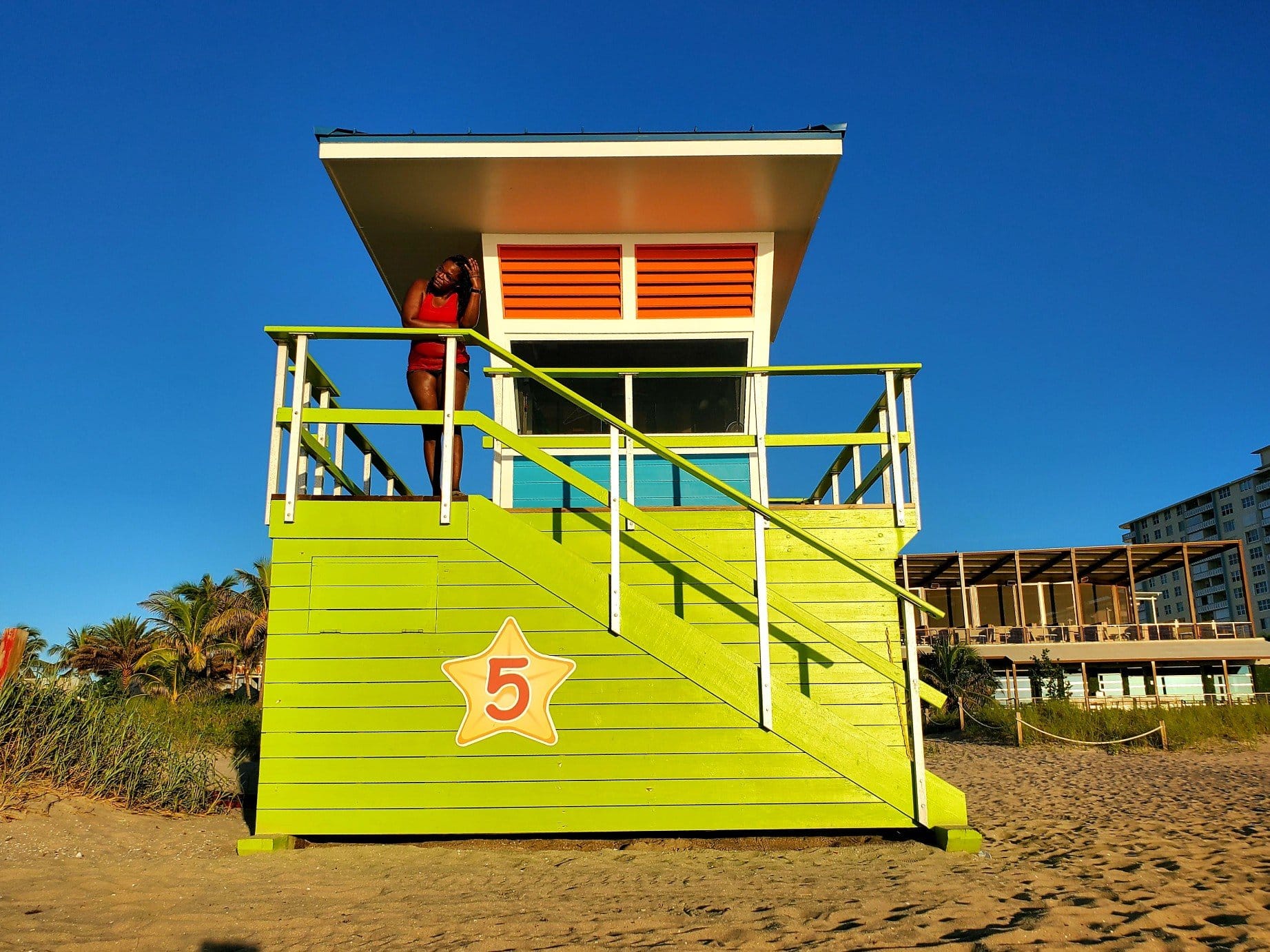 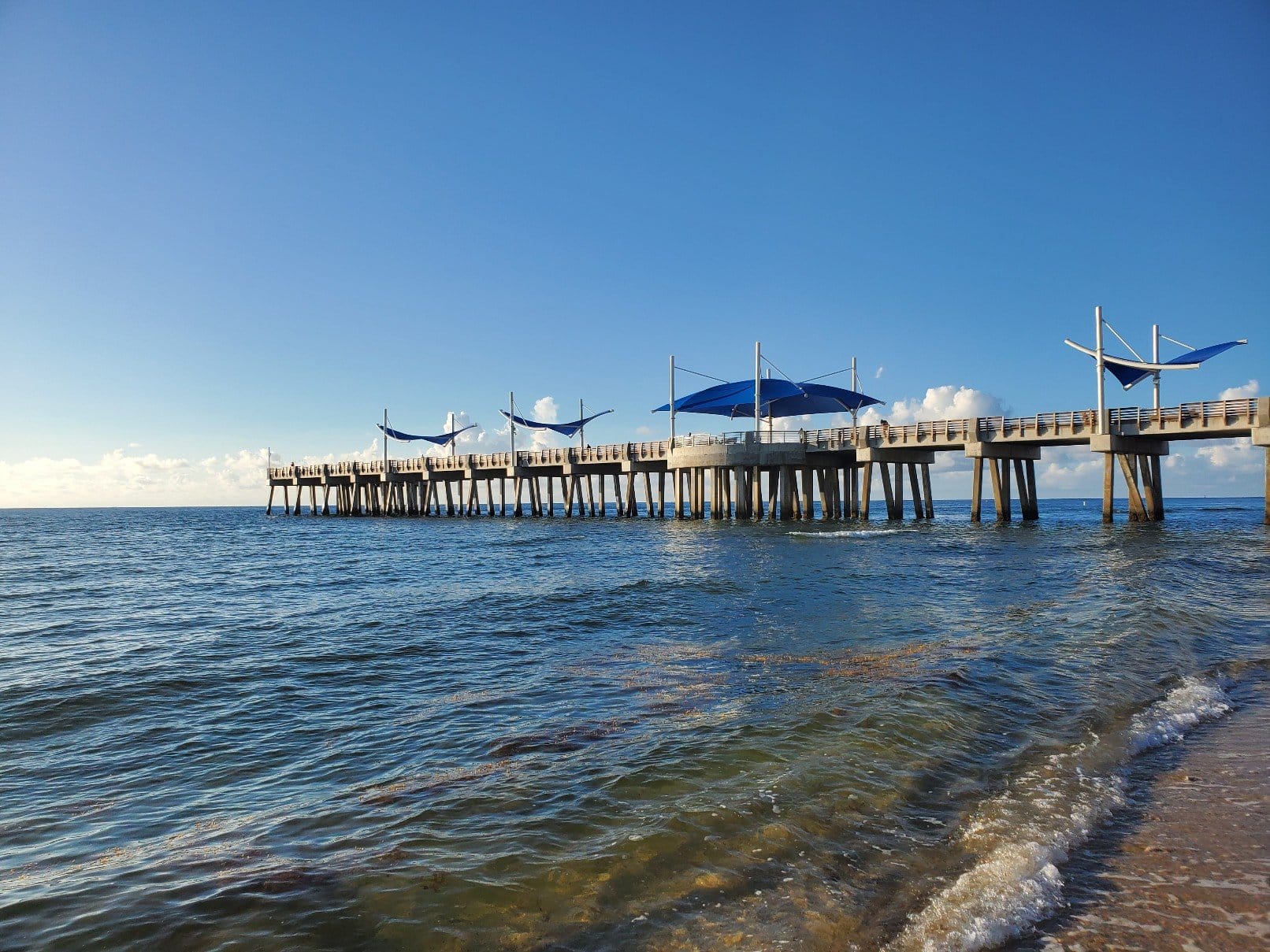 This was my favorite of all the piers visited. It was peaceful and serene. I love the lifeguard stands and I just thought it was beautiful. The city did a wonderful job of remodeling.

Anglins Pier first opened on November 24, 1963. The Anglins Fishing Pier is 876 feet in length and 12 feet above the water and offers – two shade structures on the pier, one midway out and the other near the end, restrooms, bait shop, benches, rod rentals, and a bait cutting table. The Pier, as of June of 2020 is only open halfway due to damage by Hurricane IRMA (2017).

The pier is location is in in the City of Lauderdale by the Sea offering tourists and fishermen a Great Time. The seaside town is between Pompano Beach and Fort Lauderdale with a population of 6,000. Their motto is you don’t need a car to enjoy the town. 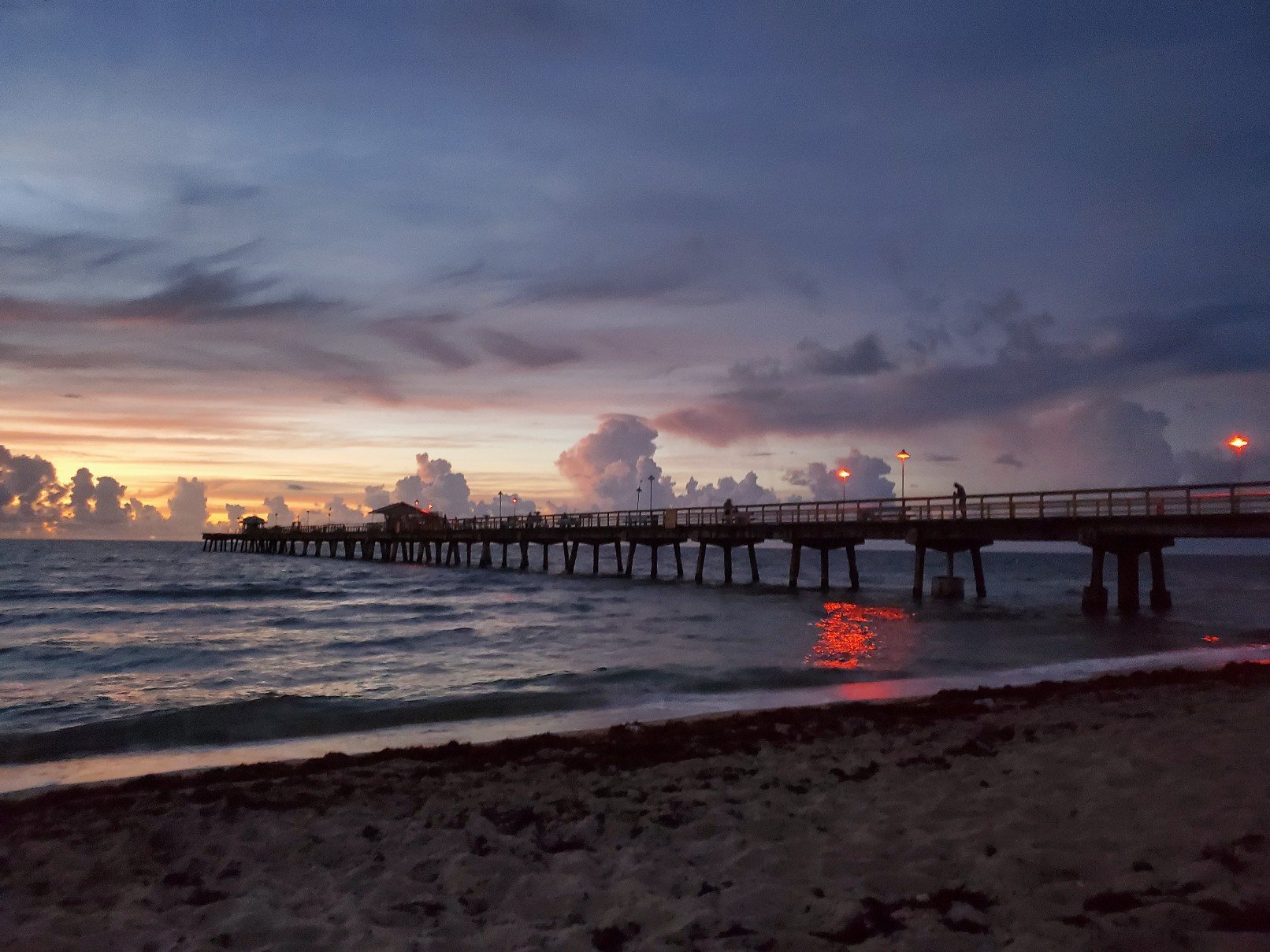 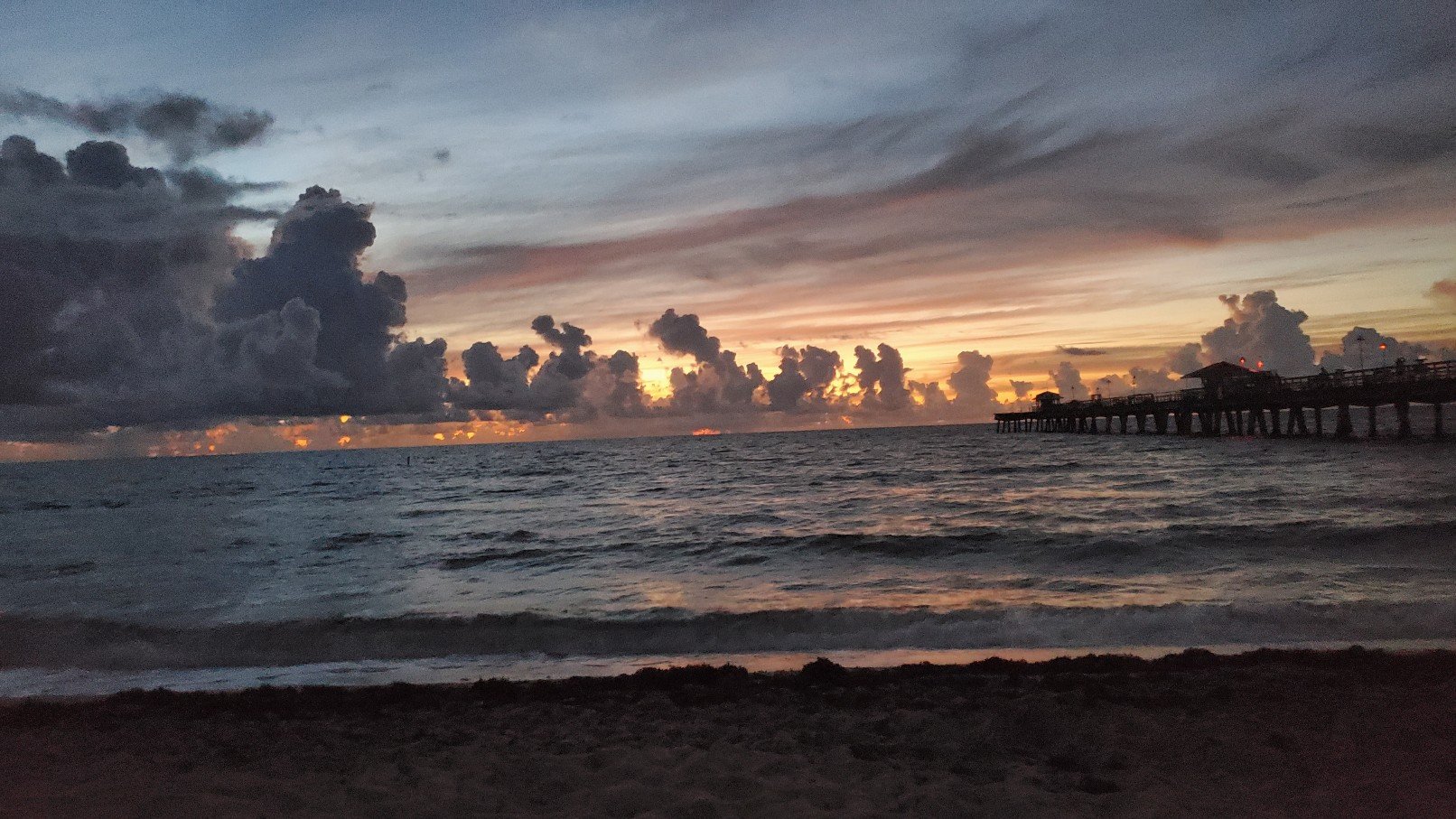 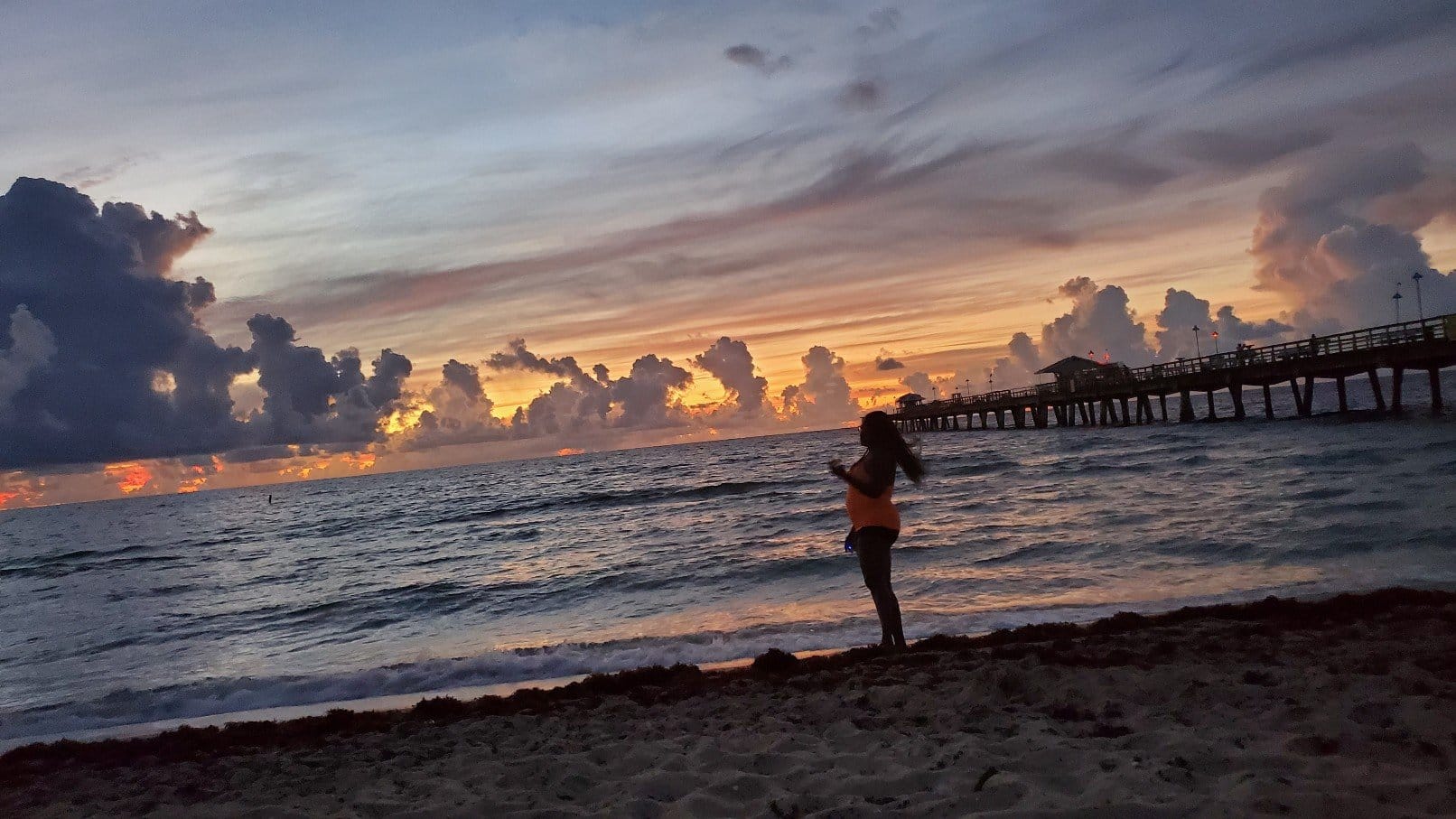 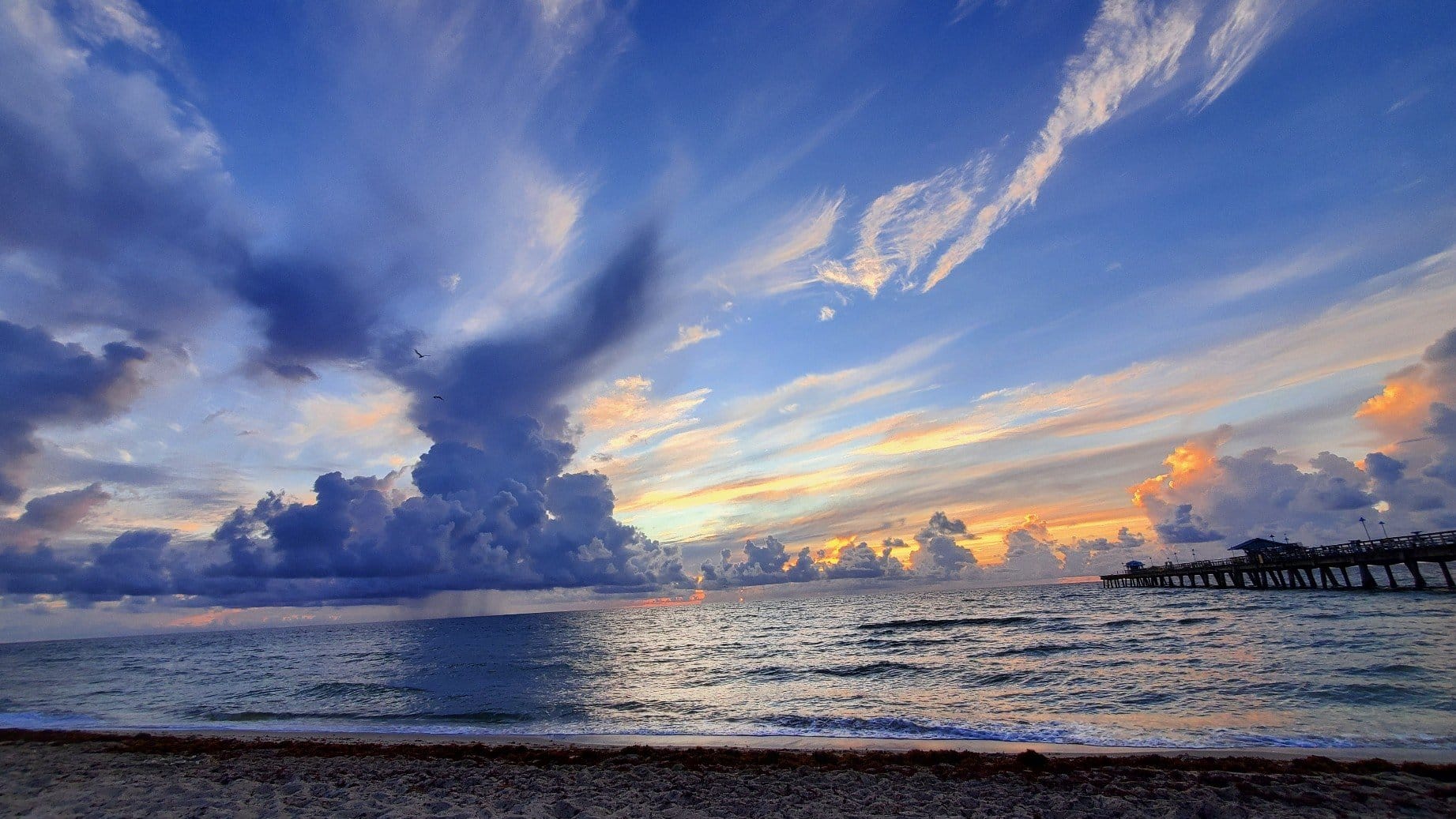 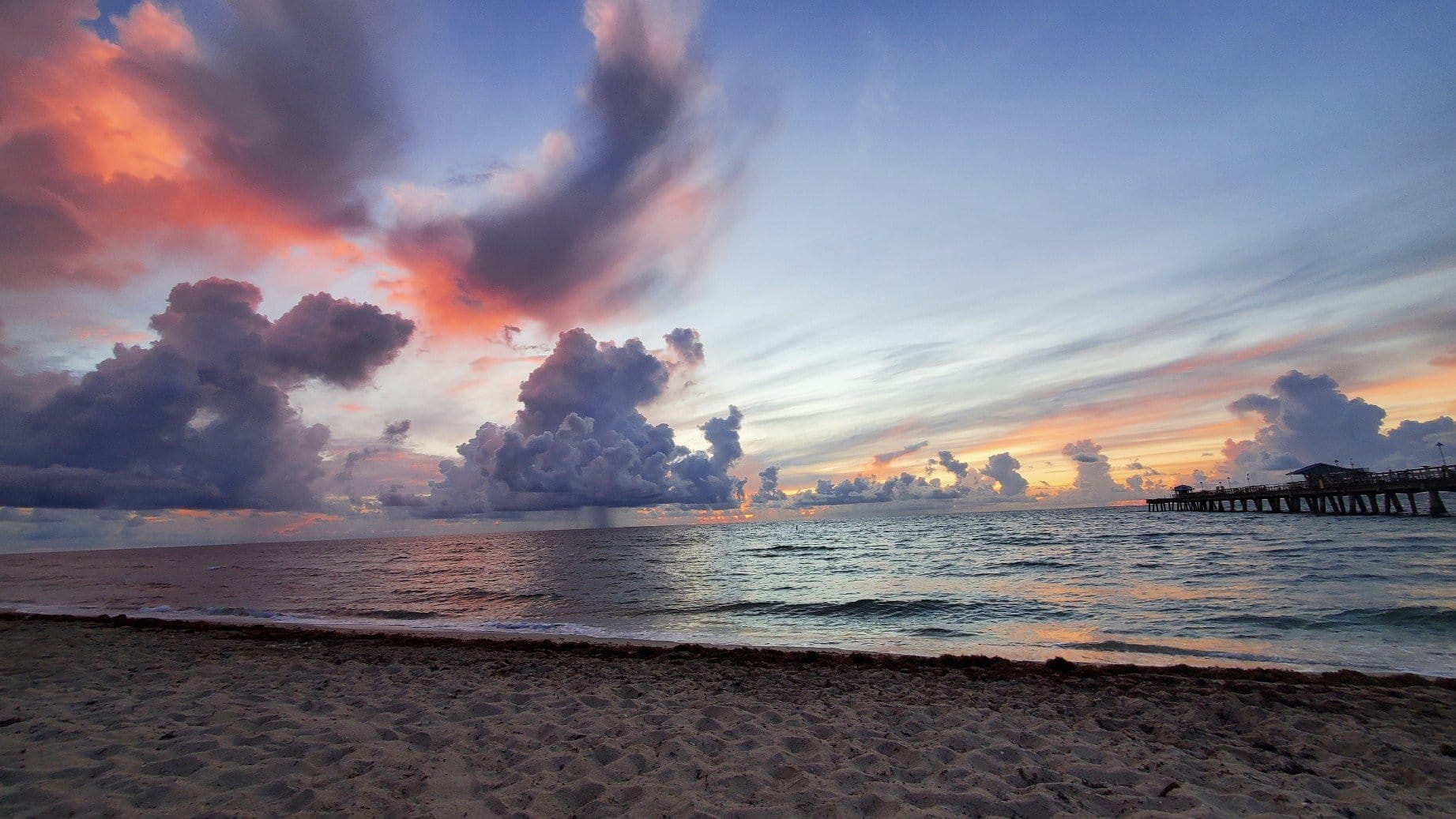 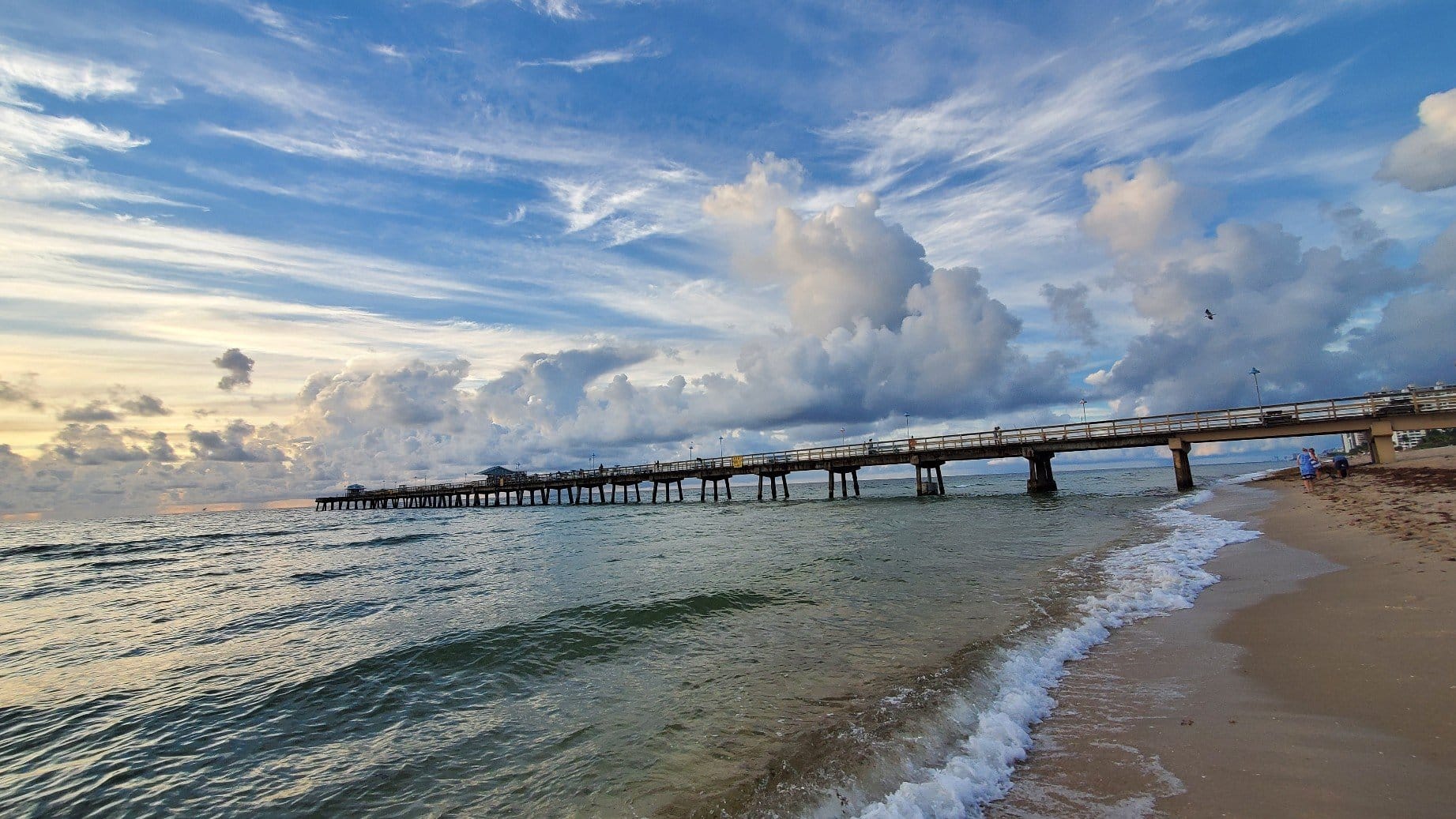 On this glorious morning, the sun and clouds decided to play hide and seek. I was hoping the sun would come out of hiding but I am glad it didn’t. Their little game turned the sky into a plethora of colors from burning red to a majestic blue. Well at the end of the early morning, the clouds won and it started raining and I had to go hiding underneath the pier. 😂🤣

The pier is in the city of Deerfield Beach, which is located about 3 miles south of Boca Raton and 20 miles north of Fort Lauderdale. It was incorporated in 1925, the town of Deerfield was named for the large number of deer that once grazed along the Hills. Deerfield Beach was my last pier to discover in Broward. I picked this one to celebrate my birthday. During, the previous chasing sunrise piers, the sun would be hidden behind the clouds. On this glorious day, it came out of the water so bright and regal. The sun was looking for me. 🤗 Less than a quarter-mile from the pier, I went to check out the rocks formation in front of the Embassy hotel. It was my private paradise. I was the queen of the world. 🌎

Who knew I would love sunrise on the beach!! Now can the beach have less sand 🤣🙃😘 and one universal parking app?

While home and during the pandemic, find things to do as long as you follow the CDC guidelines (mask on, social distancing). It can be as little as catching a sunrise/sunset or visiting museums/gardens.

Look for the magic in every moment

Life is better when you’re laughing

#tbt at the Grounds For Sculpture The sculpture

When you are happy and you know it . . . #internat

I found the best kept secret about New Jersey.....

I wanted a walker so bad but they wouldn't give it

And just like that my weekend in Harlem is over.