Bratislava, A Day Trip from Vienna

Several months back I planned a trip to Central Europe to visit Budapest, Vienna and Prague.  As I was doing research I saw an opportunity to do a day trip to Bratislava.  That means I get to visit 4 countries for the price of 3.

Now you are probably thinking what is and how to pronounce Bratislava.   Bratislava is the capital of Slovakia.  Side note:  I just love saying Bratislava and Slovakia it feels so ooh la la.  Bratislava borders Austria and Hungary on this trip we decided on a train ride from Vienna. 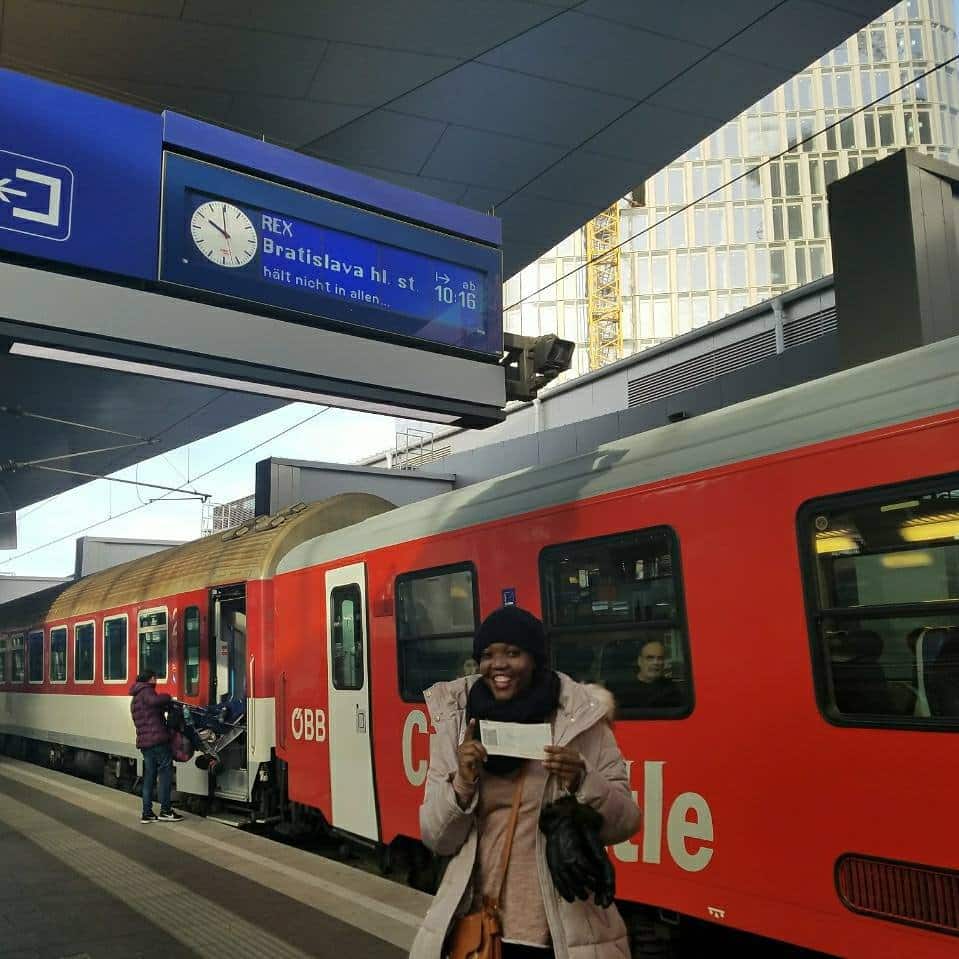 The train ride was smooth and uneventful.  Just make sure that you have your passport with you.  On this trip, they did not check, but they checked to see if you had a ticket.  If I am not mistaken, I think they check like three times.   So, make sure that it is easily accessible. 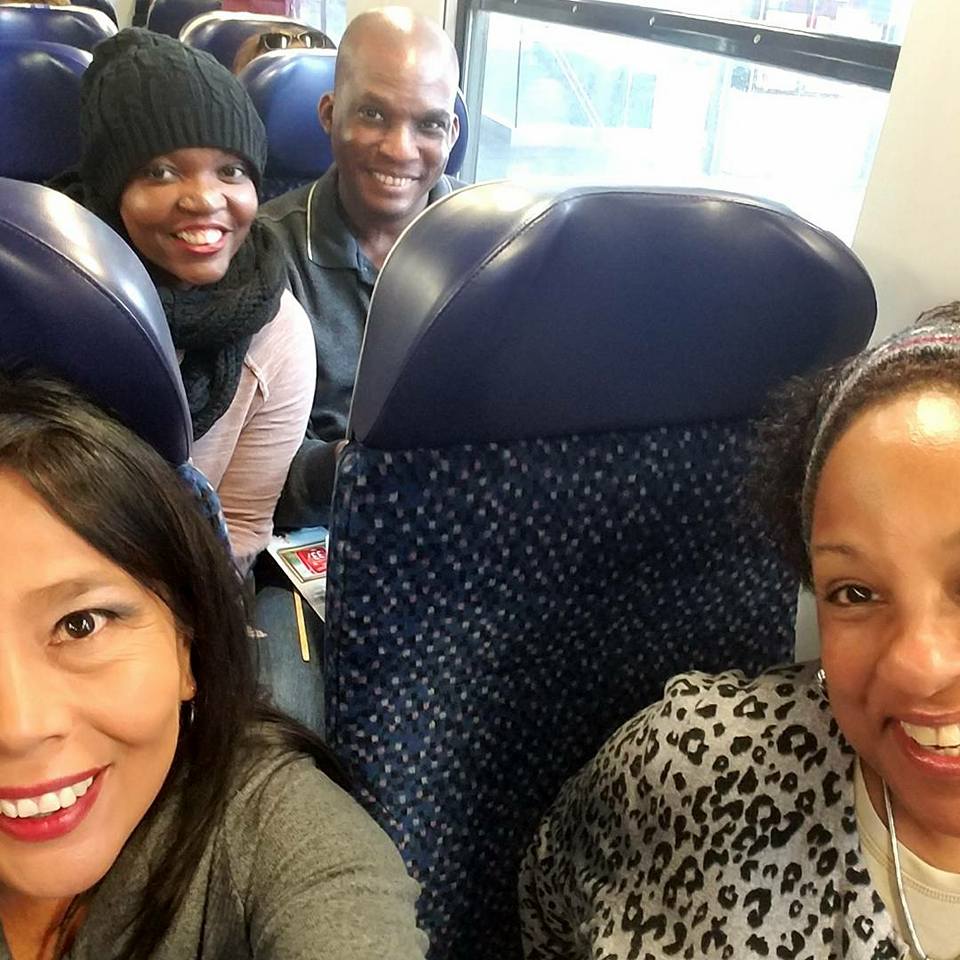 And then we arrived In Rick Steve’s book on Bratislava, he describes the train station as “dilapidated”.  I thought it was cute and charming. Now it is time to explore the Old Town of Bratislava.  With our train ticket, it included unlimited bus/tram transportation.  However, we decided to walk as the center was about 2 mi (3.2km).  Walking is the best way to “see” a city. The view from the crosswalk The Slovak Parliament is located on the hillside southeast of Bratislava Castle. It is home to the National Council of the Slovak Republic.  The building is currently being remodeled. The Parliament Building which is being remodeled

We finally made it to the Old Town center and I noticed that I was running out of space on my smartphone.  (All my pictures are from my Samsung S7).  You would think that I would focus on the architecture, but here I am moving pictures around and making space.

Bratislava’s opera house – known officially as the historical building of the Slovak National Theatre – is a Neo-Renaissance-style building opened in 1886 as the City Theatre, by Viennese architects F. Fellner and H. Helmer. 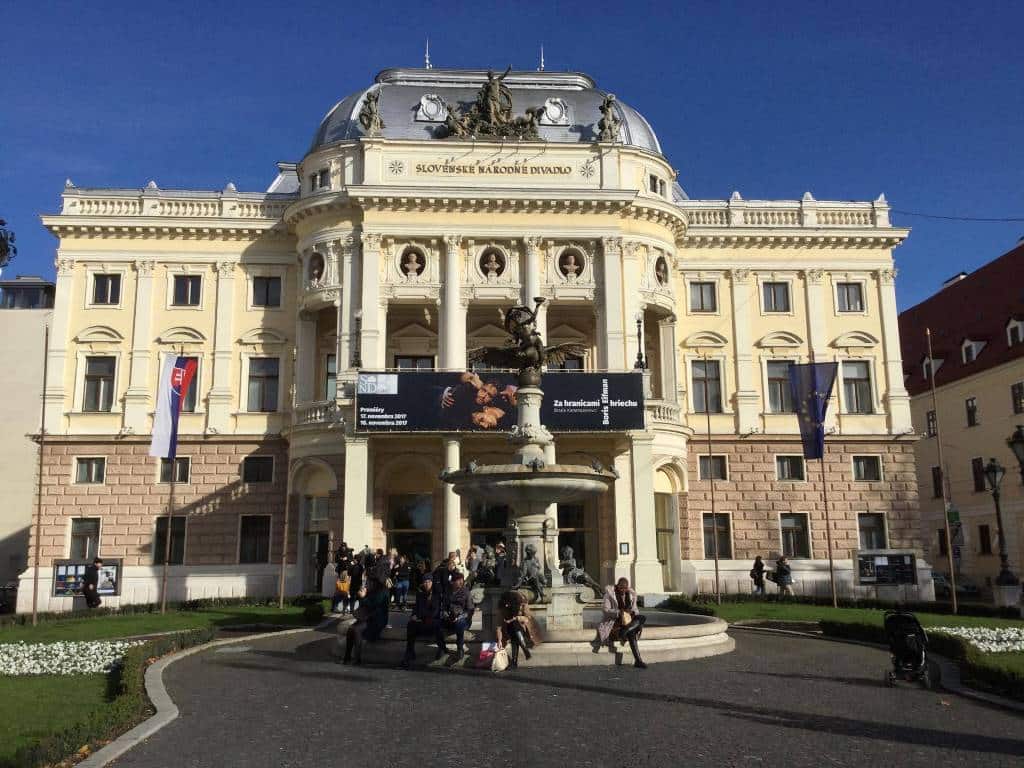 As I was in the process of moving the pictures to the SD card, I accidentally deleted the morning pictures of Bratislava.  I think I went into shock and it took everything in me not to have a major temper tantrum (I think the people with me would disagree and say I did lol).

My BF took a picture of me as I was fervently trying to restore my pictures.  The beer didn’t even make me happy. So, the majority of the images are from above are from the walk back to the train station with the exception of the National Theatre.  That is courtesy of Kevotry.

After realizing that my pictures were all but gone, we kept on exploring and went to the Bratislava Castle.   Now the castle is a sight to see as it is on a hill.  Boy did I get a workout from the incline and the stairs! I must admit it did feel good and it alleviated my frustration.  However, once you get to the top, the view is breathtaking. The castle, on a hill above the old town, dominates the city of Bratislava and has gone through many changes since the Stone Age as described below – https://www.visitbratislava.com/places/bratislava-castle/ : Overall, the 8-hour day trip to Bratislava was phenomenal.  This is a city that I would love to re-visit and actually spend a couple days.  There is so much to see and do.