My first trip to the beautiful country of New Zealand was in June of 2016 for a work assignment.  After flying for over 14 hours from LAX (Los Angeles), I had a 24-hour layover in Auckland.  Now I could have stayed at a hotel close to the airport but opted for one in the city centre which would allow me to explore a little easily and miss this view from my hotel room. 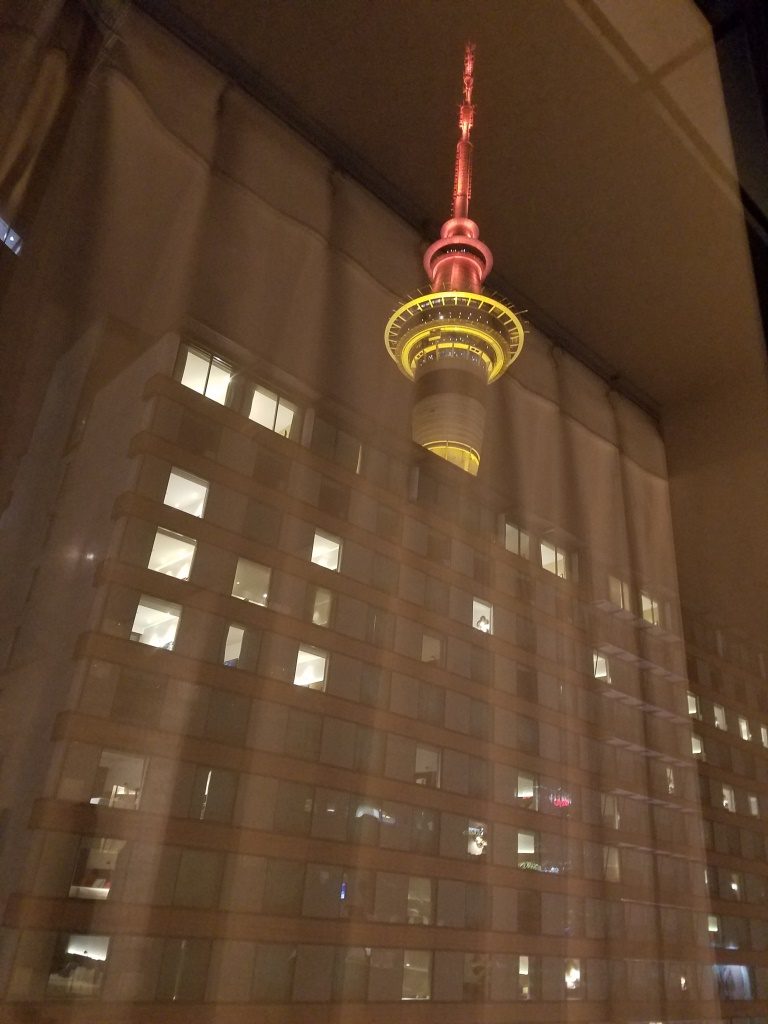 Now let me tell you a little secret – I had no idea what I was going to do!  I knew nothing about Auckland except it was in New Zealand — it was the time to be adventurous.  Therefore, I left my hotel and headed in the direction of the SkyTower. 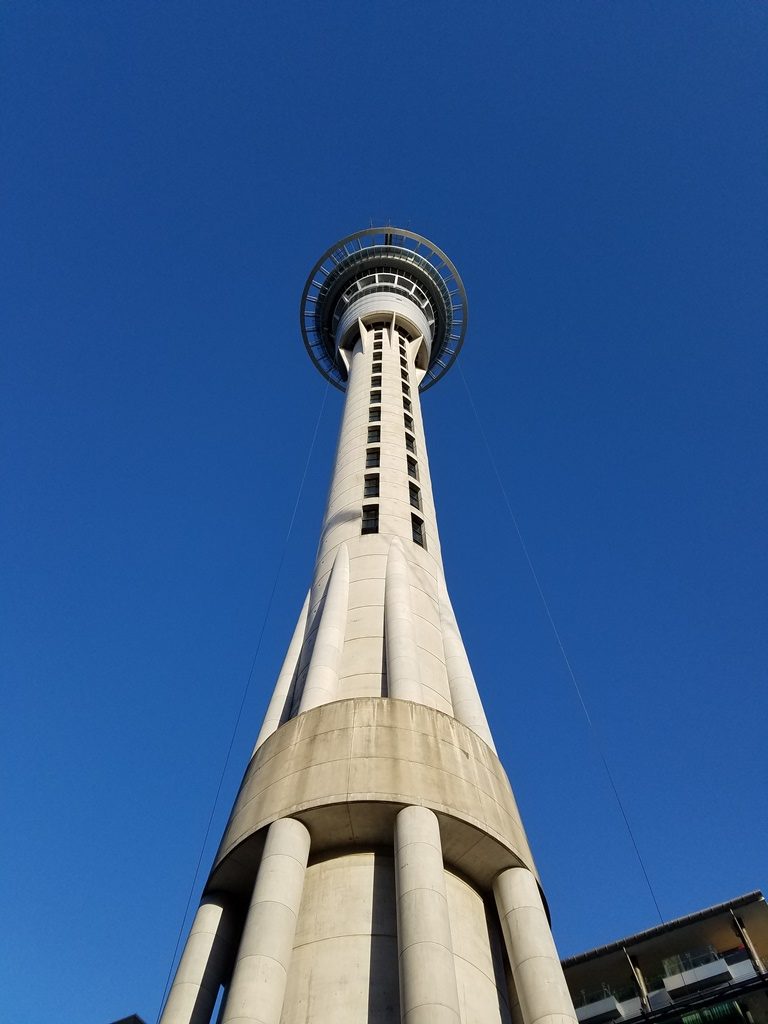 Once I arrived, I found out that it didn’t open until 9 am.  I then started walking toward the marina. 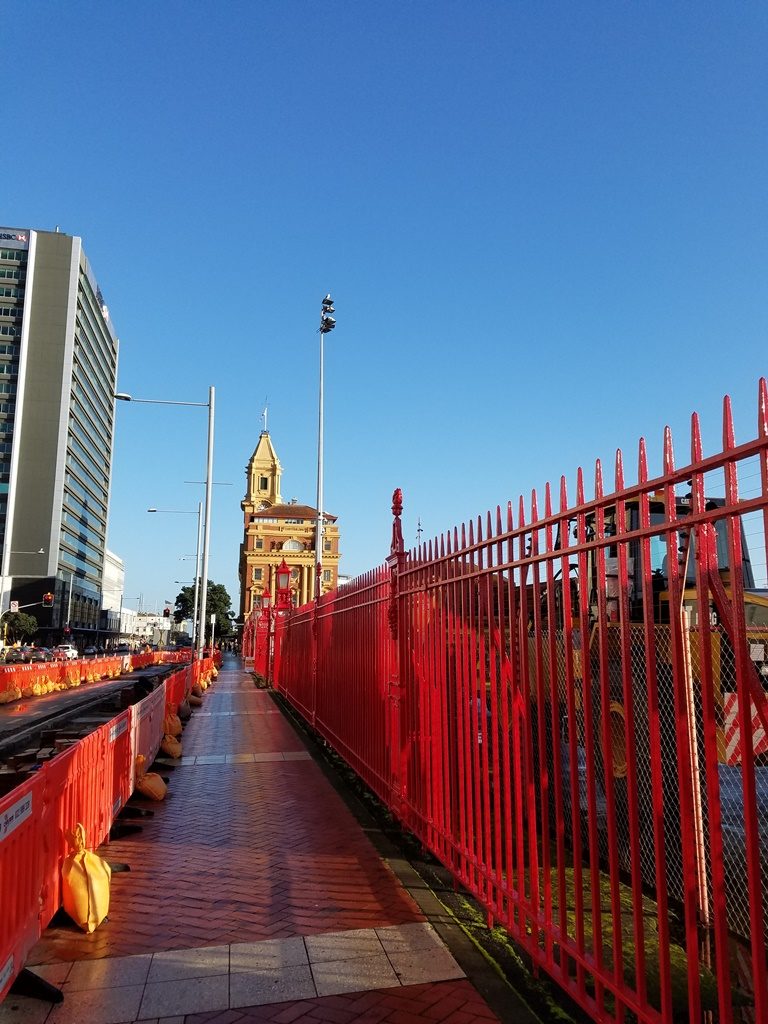 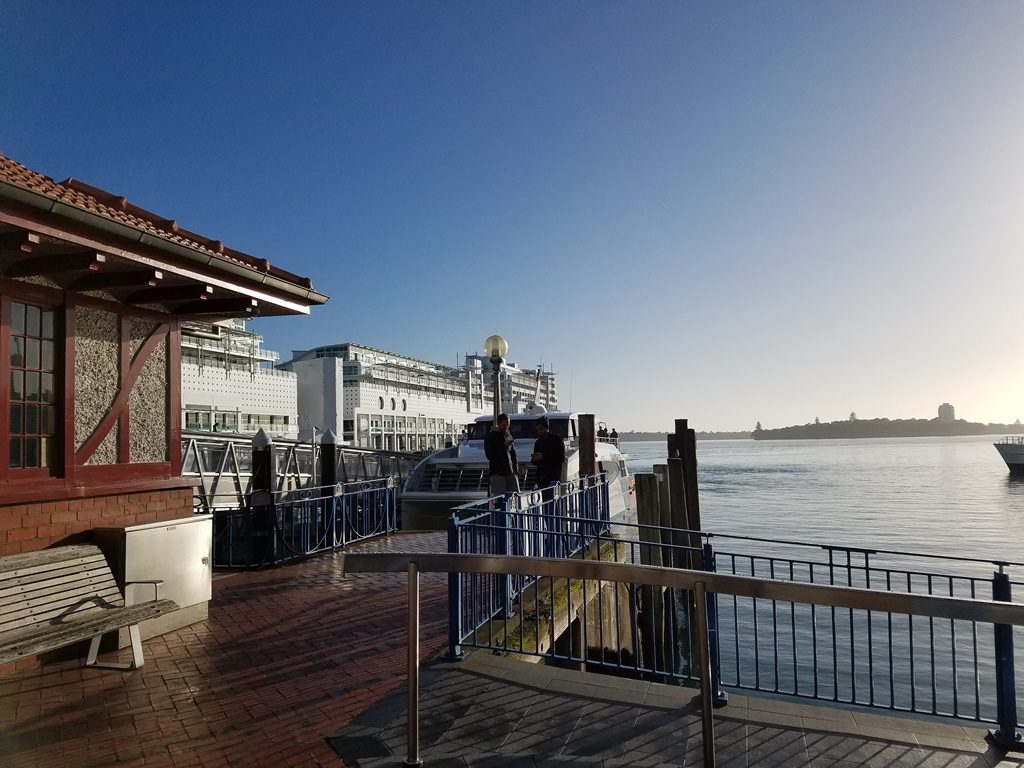 The next time I am in Auckland, I am staying at the Hilton.  The view is phenomenal. 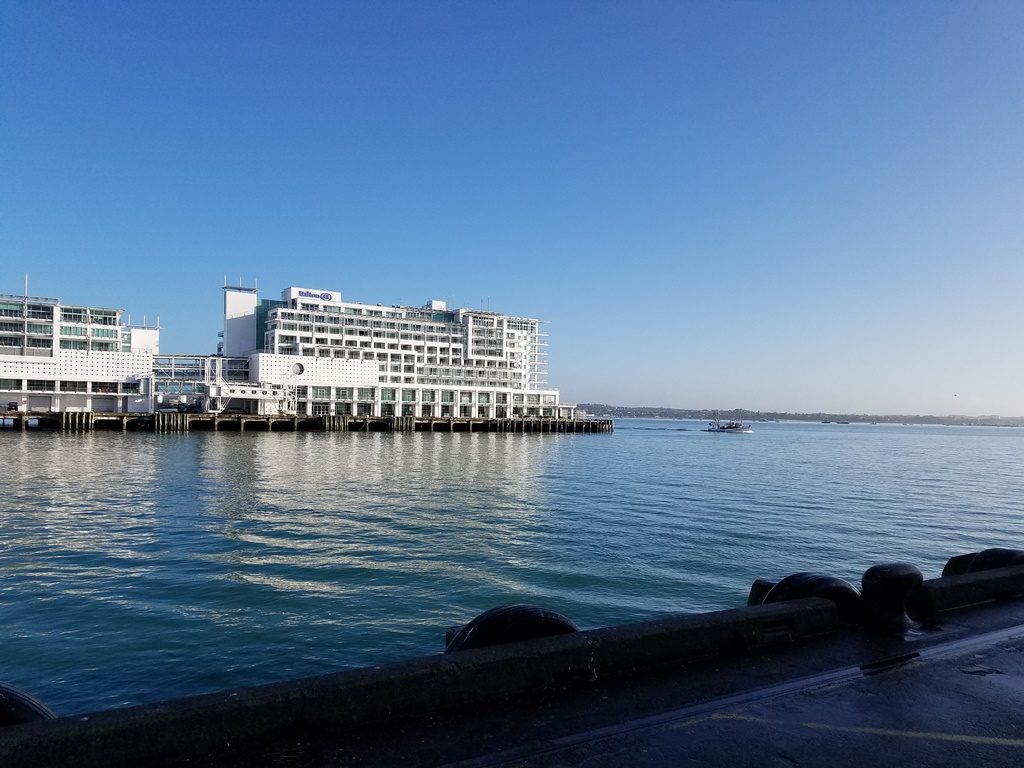 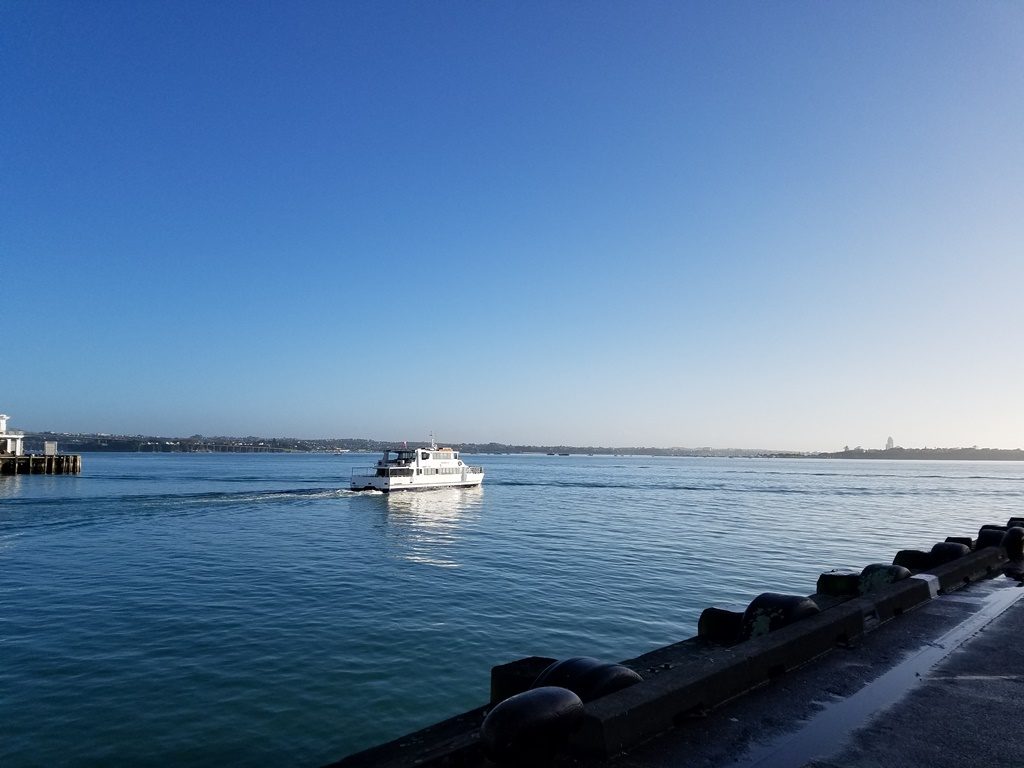 “Queens Wharf lies at the bottom of Queen Street in Auckland’s central city and offers a unique vantage point overlooking the sparkling Waitemata Harbour. Home to two of Auckland’s signature buildings, Shed 10 and The Cloud, Queens Wharf has been transformed from a private working wharf to a public waterfront space for all to enjoy.”

The Queens Wharf is the heart of Auckland. In the background, you can glimpse the Sky Tower 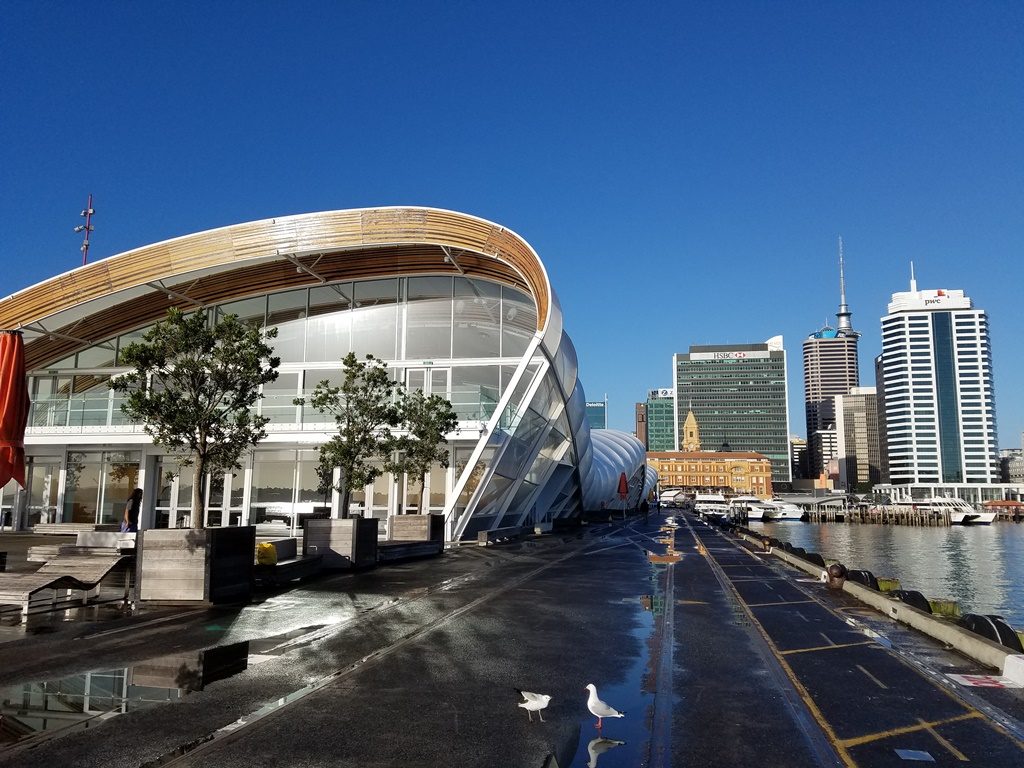 This picture was taking inside “The Cloud”.

So who wants to play chess? I thought this was so cool when I saw it. 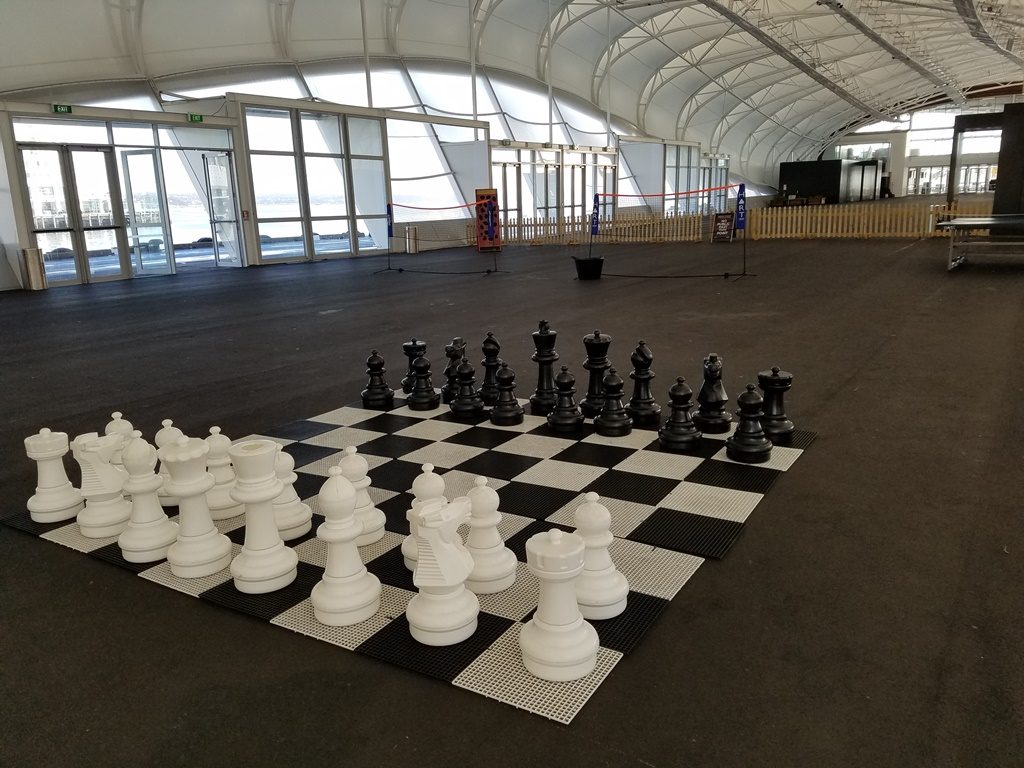 Once I was done exploring the marina, it was time for the Hop On Hop Off Bus Adventure.

Hop On Hop Off Bus Adventure

I have a secret. I love exploring a new city on the Hop On Hop Off (HOHO)bus. Most of the time I don’t hop off lol. 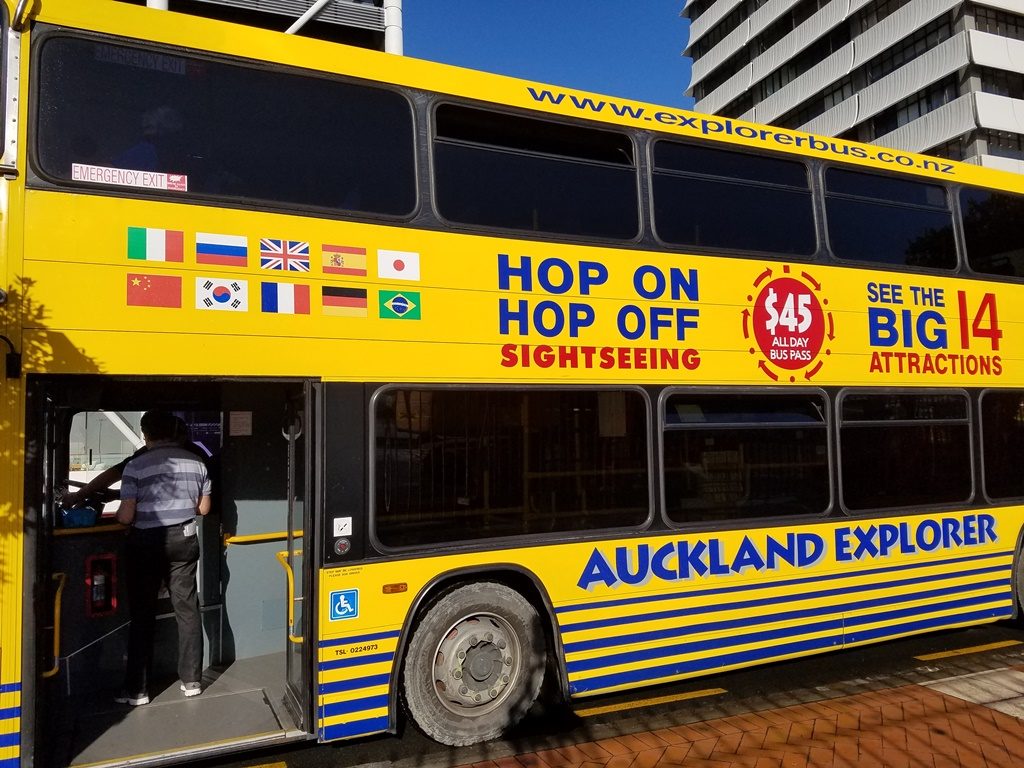 While on the Hop On Hop Off bus, I snapped this picture on my smartphone. It has this moody eerie kind of feel but it caught my attention 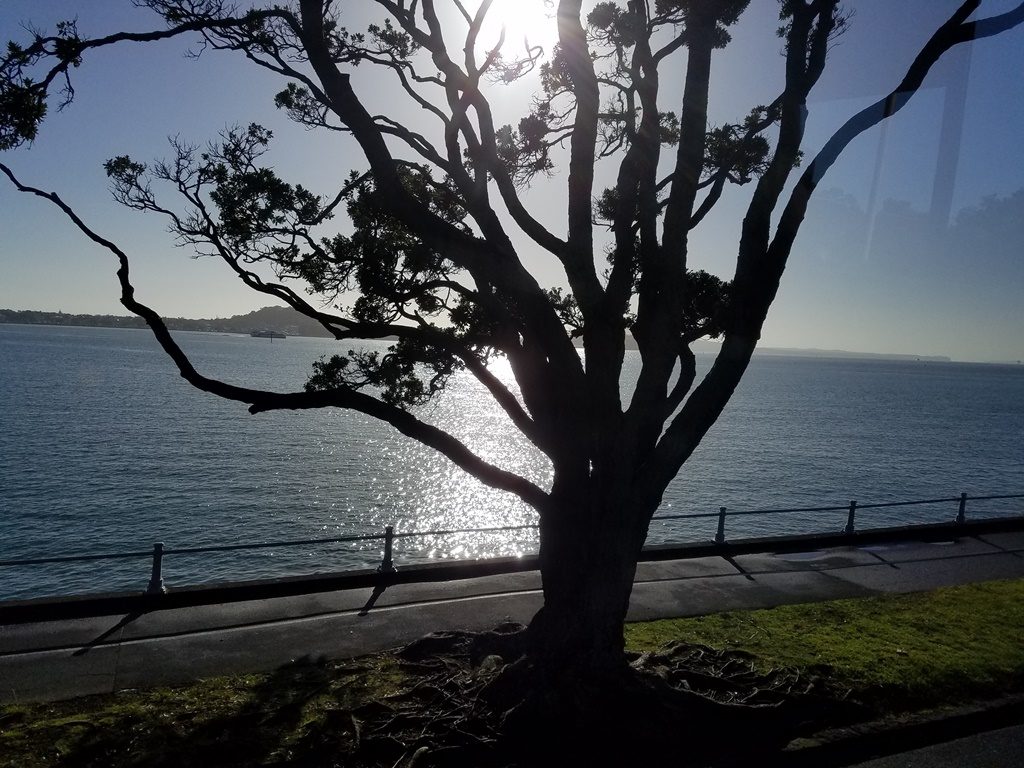 Another view of the Waitemata Harbour 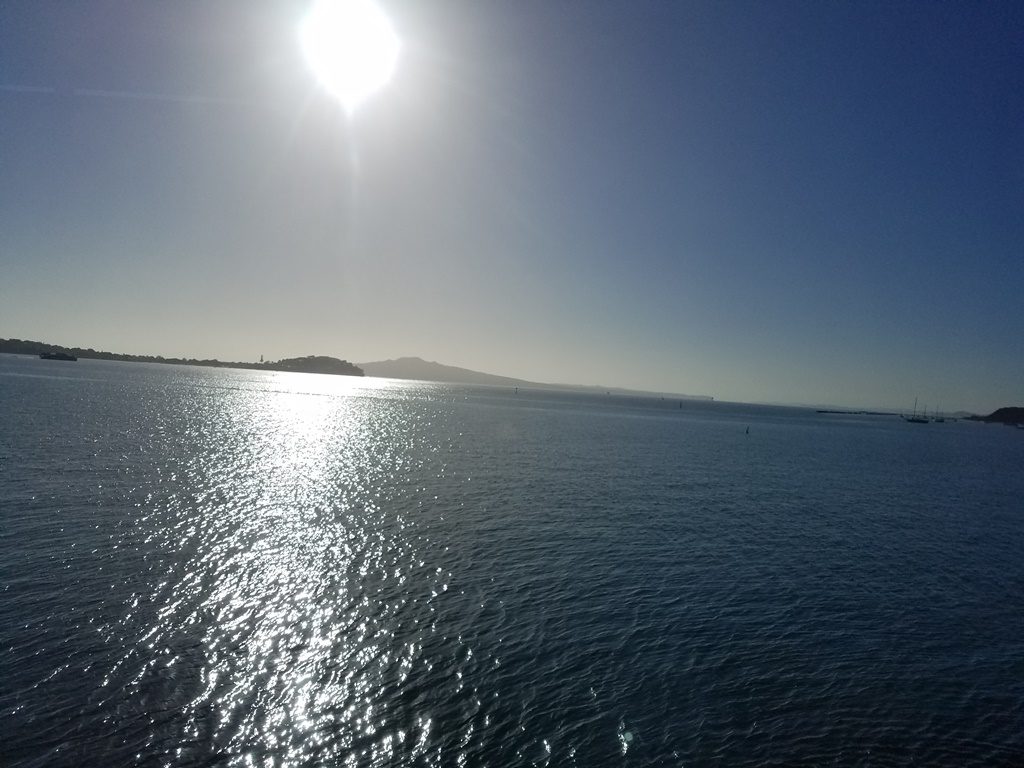 Tidbit:  Auckland is known as the  “City of Sails” 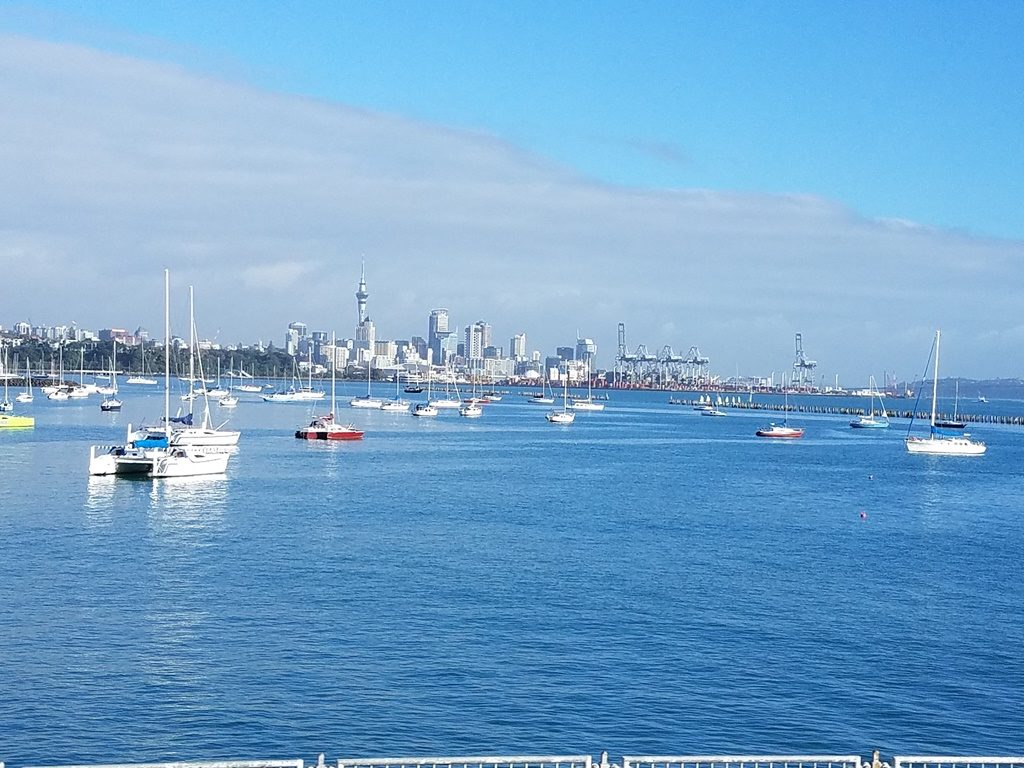 The Catherdral was founded in 1841 and the architectural type is Gothic Revival style.  Per their website, the church “Some three thousand people attend Mass here each Sunday. During the week thousands more come to pray, light a candle or enjoy a moment’s peace” 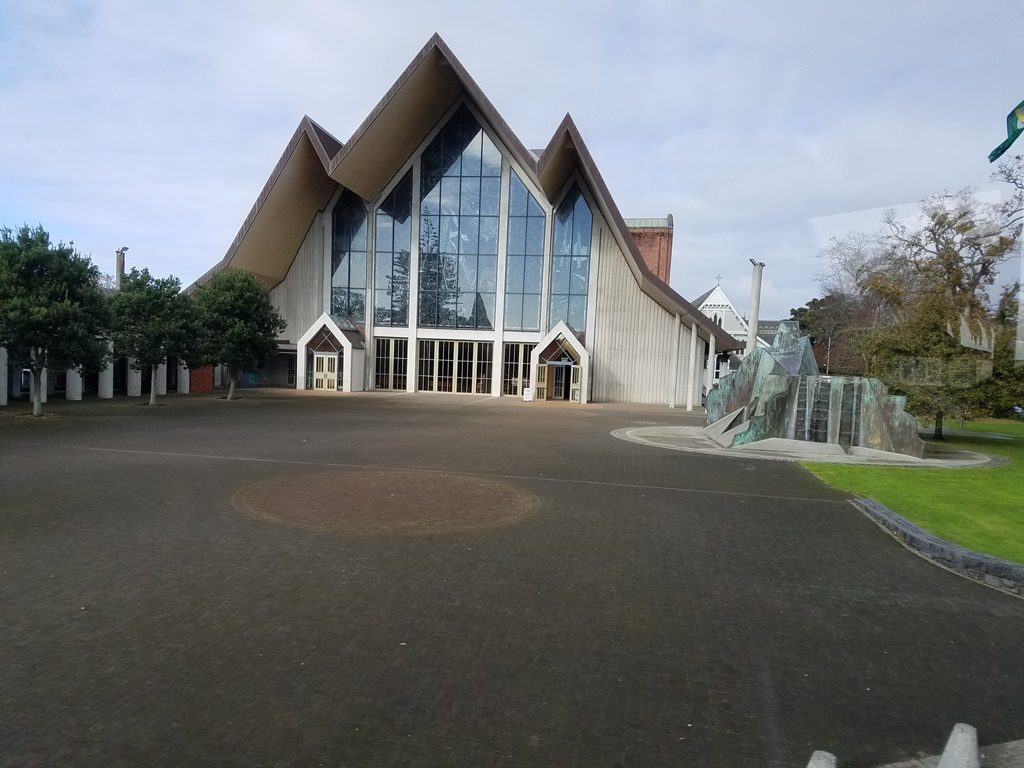 “Auckland War Memorial Museum is New Zealand’s first Museum.  The Museum tells the story of New Zealand, its place in the Pacific and its people.  It has pre-eminent Māori and Pacific collections, significant natural history resources and major social and military history collections, as well as decorative arts and pictorial collections.” 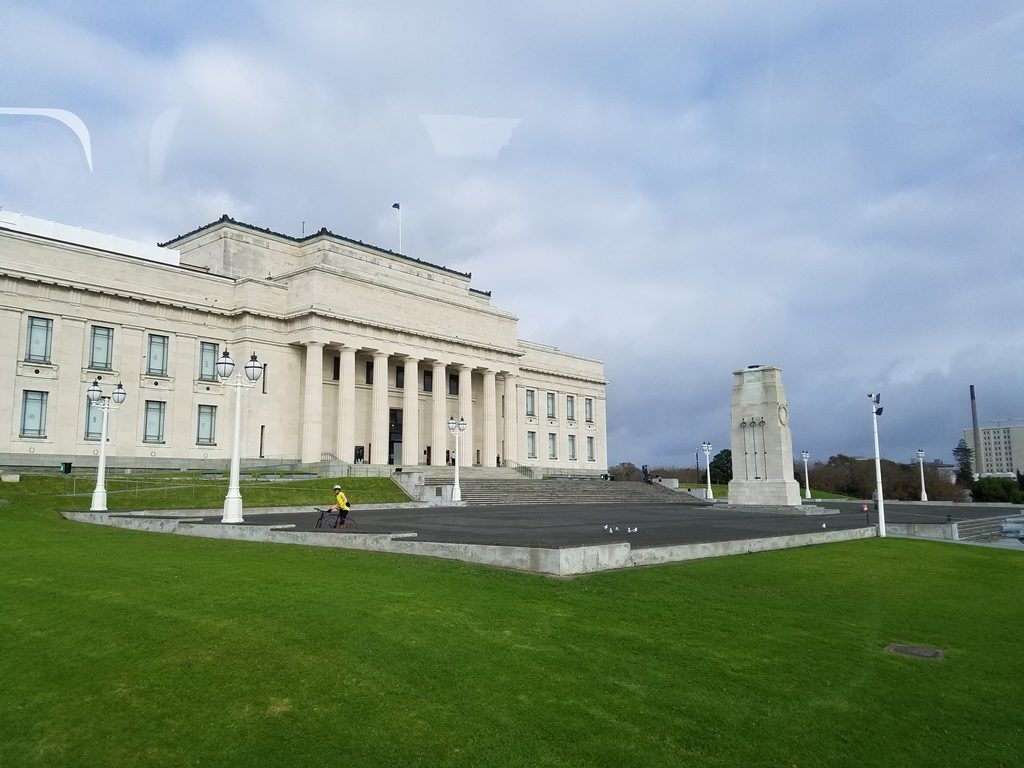 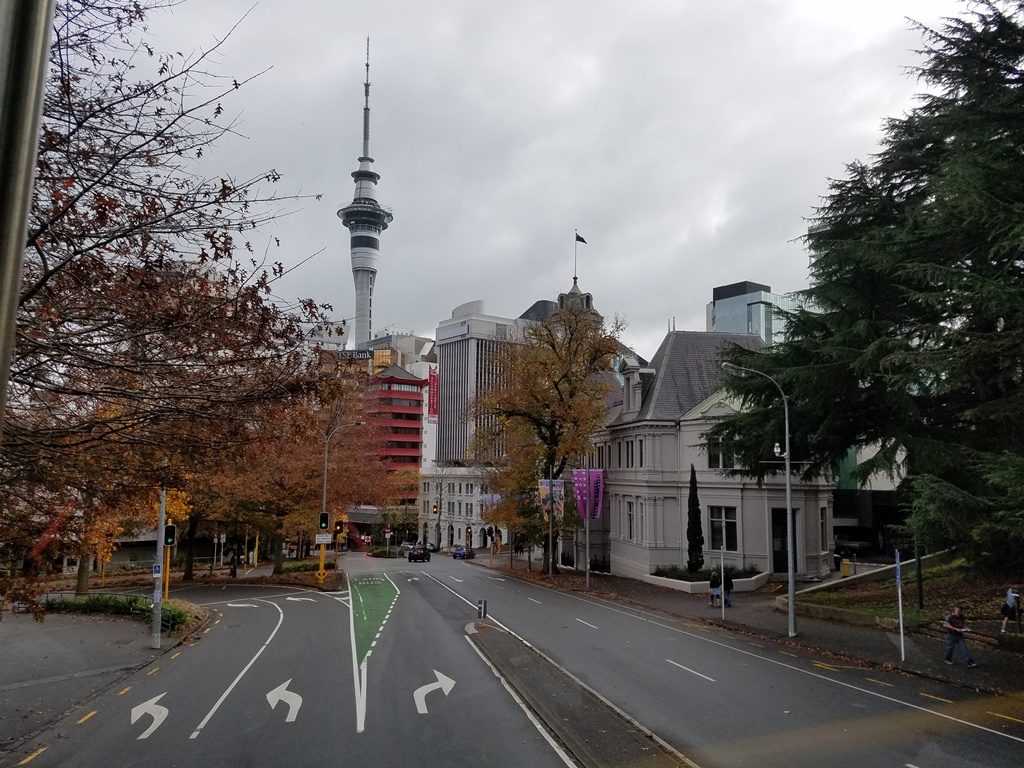 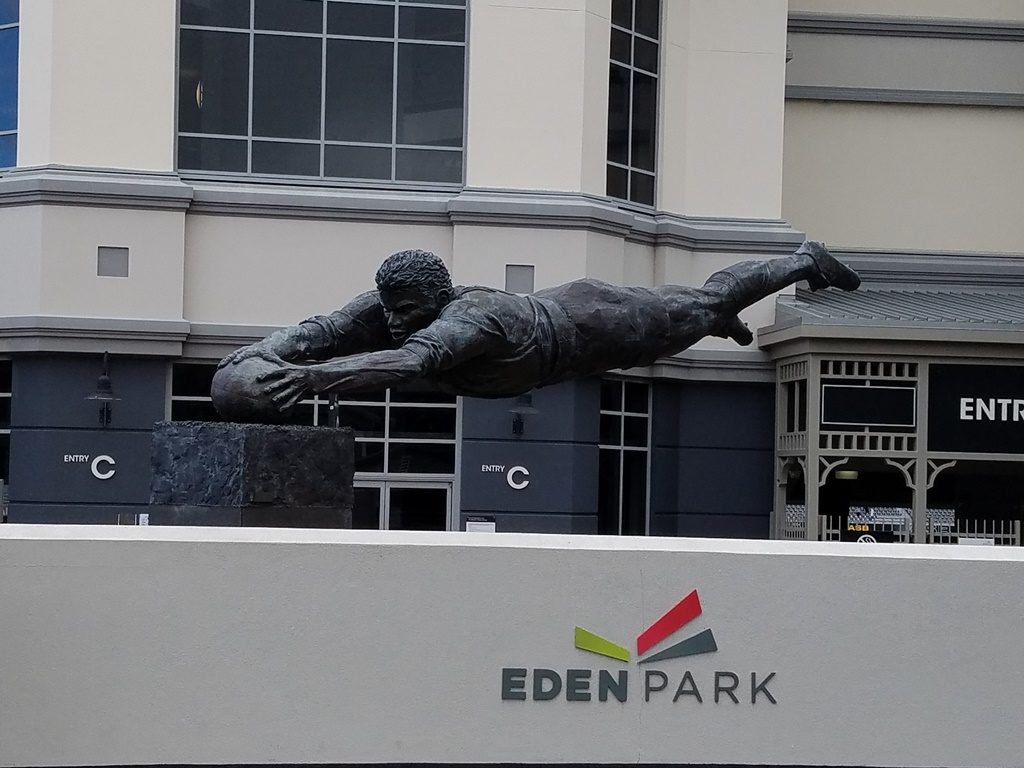 Aerial view of the city of Auckland from the Sky Tower 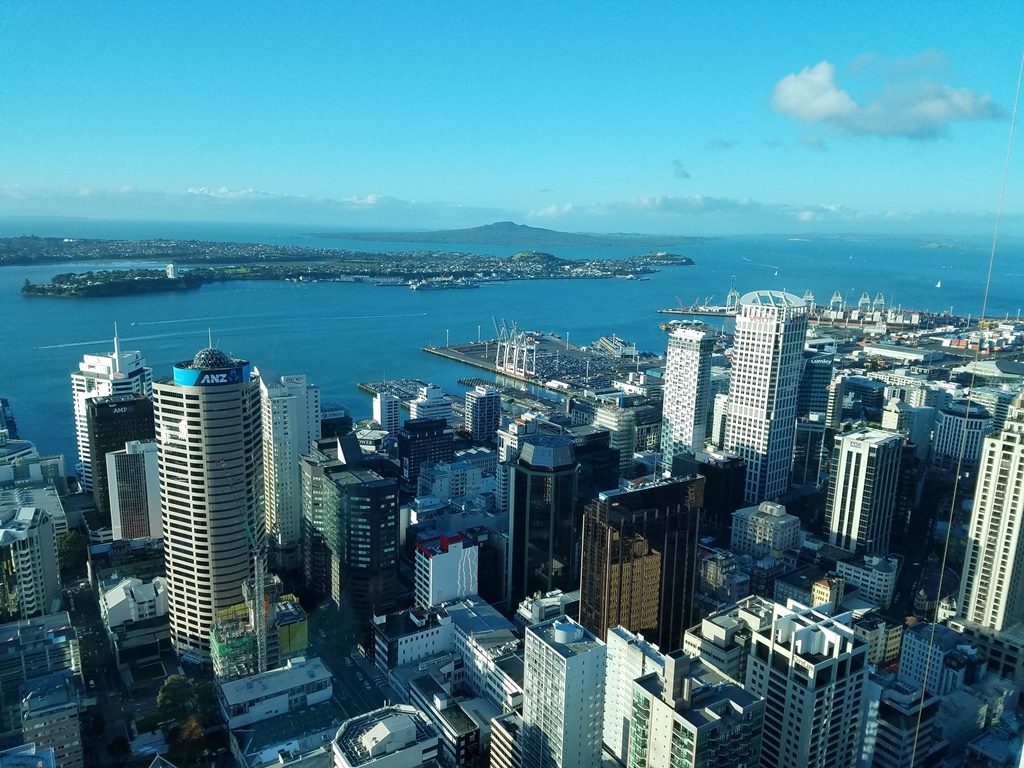 At the end of the HOHO, I took a little walk 😉  Read all about it – Sky Tower, Fear Not! 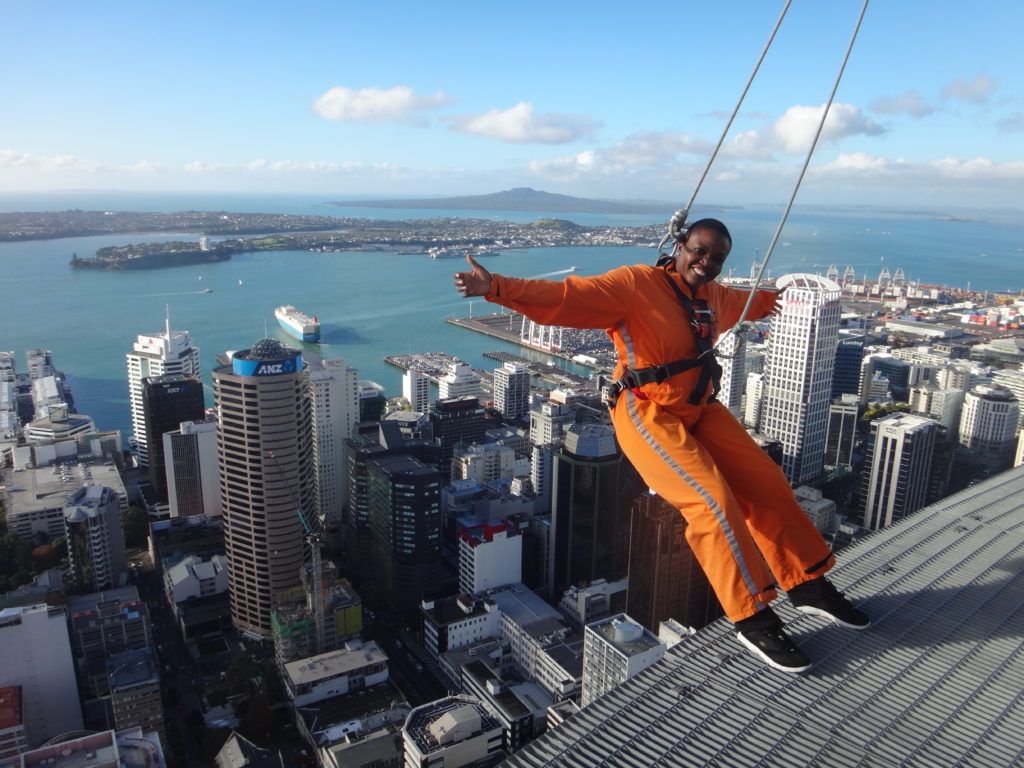 Well my 24 hours in Auckland was quick but I had one of the best exerpience.   The HOHO buses are the best way to get an overview of city.  Keep traveling and exploring.  See you soon! 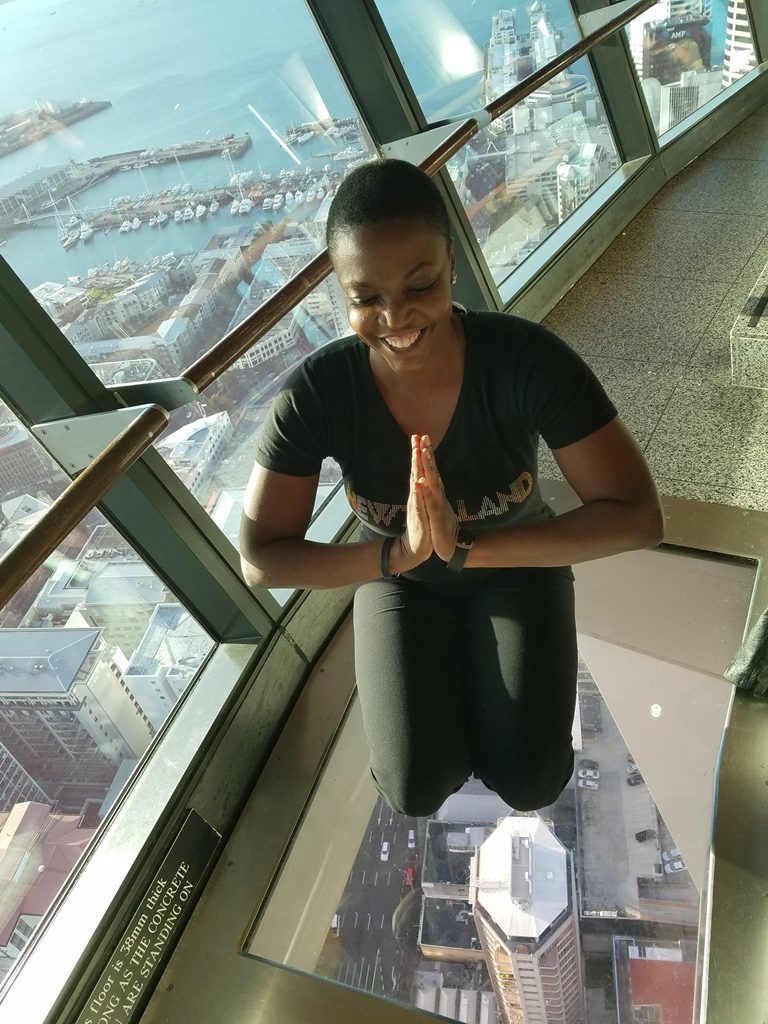